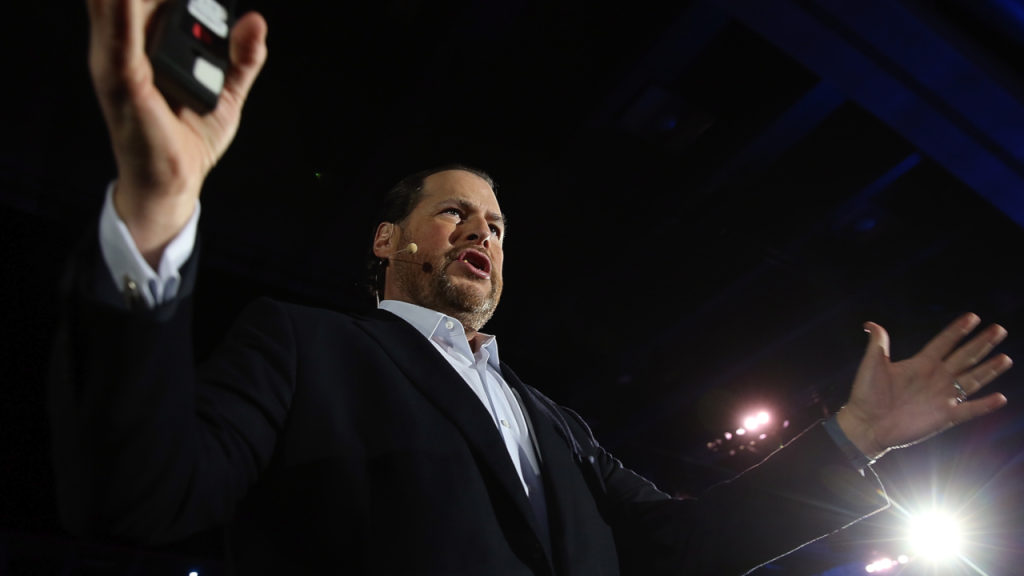 If you don’t like the answer, you can always change the question. Especially if you have money. Lots of money.

There’s a lot of companies across America that struggle with Diversity hiring.  They’re under-utilized in multiple job families, and even as they try to attract diverse talent, it hasn’t gone great.  After all, not everyone wants to work for your company.  Throw in the fact that you can’t pay new hires anything they want without messing up your comp equity, and most companies don’t make the progress they’d like to.

So Salesforce did what any company with loads of cash would do.  They changed the answer, and thus the question.  Turns out the answer isn’t more DIVERSITY, it’s more EQUALITY.

Confused?  You’ll get it soon. More from TechCrunch:

“It’s important for tech companies to have at least one voice at the senior leadership table that advocates for issues around equality, diversity and inclusion. Unfortunately, that’s just not the case for many companies in the tech industry. Salesforce, a company that said a year ago that a major focus for it was “the women’s issue,” recently became an exception to the rule with the hiring of Tony Prophet, its first-ever chief equality officer. Two weeks into his role, Prophet sat down with me to chat about Salesforce’s evolution from a focus on diversity and inclusion to an overall focus on equality.

“The notion of being chief equality officer — now that was very thoughtful and deliberate on Salesforce’s part and on Marc’s [Benioff] part versus being chief of diversity or chief of inclusion because you can have a diverse workplace or a diverse culture in many parts of America that are very diverse but are hardly inclusive and there’s hardly equality,” Prophet told me. “We want to go beyond diversity and beyond inclusion to really achieve equality.”

Translation?  Tech companies have huge issues finding enough females and minority to work at their company, especially in the bay area.  If you can’t figure out diversity but can afford to achieve equality when it comes to pay, odds are people are going to be less critical of you.

Earlier this year,Salesforce chairman and CEO Marc Benioff revealed that his company spent about $3 million in 2015 to equalize compensation across the company, closing the tech giant’s gender pay gap. 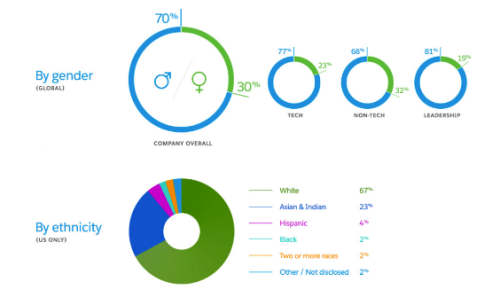 Translation – The company still has a lot of work to do, but by changing the conversation to equality, not diversity, they’ve effectively changed how they’re measured by the outside world.

I’m not saying diversity hiring in tech isn’t important. I am saying that Salesforce is working towards a related, equally important goal and now will be considered in a different light than other major tech companies, whom I would expect will follow suit soon enough.

If you can’t find enough diverse hires, it makes sense to ensure the ones you have (including women) are paid on equal footing to everyone else.

Then you obviously want to get your message out.

At Salesforce, that message includes the fact they’re changing the conversation from diversity to equality, with an emphasis on pay equity.

Again, I’m not saying either approach is right – but Salesforce has created a master stroke to relieve some of the diversity hiring pressure and is going all in, with first mover advantage and everything that comes with it.

I’m a cynic on most things.  Even the cynic in me has to respect how Salesforce is controlling the narrative here.