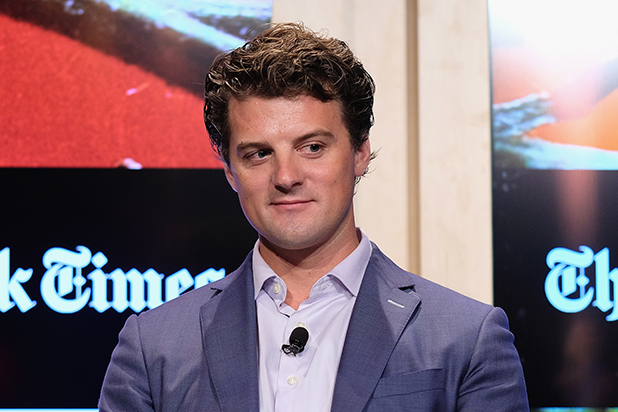 Most employees don’t have much contact with their CEO.

When they do hear from them, they tend to listen pretty closely to what the CEO has to say, and while it’s not like God giving Moses The 10 Commandments, it’s pretty darn close.

That’s why the comments made by GrubHub CEO Matt Maloney to his staff in the wake of our presidential election — he expressed his negative feelings about Donald Trump and told employees they should resign if they didn’t agree with him — touched such a raw nerve in the working world.

What was meant to be an upbeat reminder of company values instead came across as an angry, intolerant rant from a CEO who used the ultimate power he holds over employees to scare and frighten them if they dare to not see things his way.

Of course, CEO Matt Maloney is back peddling big time on his original comments, as Robert Reed pointed out in the Chicago Tribune:

Maloney tripped over his own words last week after penning a post-election staff email intended to reassure workers of the company’s commitment to human dignity and diversity. Yet once that missive went public — as so many internal emails do these days — Maloney was slammed on social media for blasting Donald Trump for having discriminatory, “hateful” policies and adding that Grubhub employees who agreed with the president-elect should resign. Maloney countered that his message was misconstrued and he was not calling for worker resignations.

You really need to read what Matt Maloney said to get the full flavor of his comments — and Fistful of Talent Grand Poobah Kris Dunn does a great job of telling you all about it here — but it left me wondering, “How did this guy ever end up as a CEO?”

Here’s how: He’s a smart techie — with an MS in computer science from the University of Chicago — who has spent most of his career working at GrubHub. That’s all well and good, but he seems to have the problem that bedevils so many people whose primary talents are in engineering and technology — a lack of empathy, compassion, and the “soft skills” needed to positively connect with his workforce.

“It is easy to misconstrue what he’s saying”

I’ve seen this picture before. The lack of people skills that are aggravating in a rank-and-file engineer can threaten the stability of the entire company when exhibited in the CEO, and the fact that he made them in an email to his staff made it all the worse.

As John Brandon of ComputerWorld pointed out in his Tech Decoder blog:

The biggest problem with (Matt Maloney’s) email is that it is easy to misconstrue what he’s saying. Technically speaking, he didn’t tell anyone to resign. And yet, he did. The underlying message is that you don’t belong at GrubHub if you do not agree with the CEO and the statements he made in the email. A follow-up note backtracked on what he said.

The entire message seemed like something you’d say in a private meeting and explain your view — that you won’t tolerate hate speech or bigotry. An email is a good choice to communicate facts and set direction, to provide an overarching summary of a project. It is not ideal as a way to explain a corporate viewpoint that could be easily perceived as controversial. It’s a good idea to keep that in mind.

This is a good lesson for all workplace leaders: Only use email for brief, simple, straightforward messages — and maybe not even that. Anyone who uses email can probably list multiples examples of email communications that were misconstrued and ended up causing huge problems, and the answer of course is to not communicate complex and nuanced messages to your workforce this way.

2 truths about communicating with employees

Two things are true when it comes to communicating with employees:

This second point got drilled into my head years ago when I was editing a newspaper in Montana. Some of my newsroom staff would tell me, often, “We can’t do that because Barbara (the newspaper’s publisher and president) doesn’t like it.”

I reached a point where I asked Barbara the Publisher, my boss, about what she had said. Her response? Extreme surprise.

She said, “I was walking through the newsroom and somebody asked me if I liked something and I told them I didn’t. I wasn’t creating a policy; I was just reacting to that one specific question. I never meant it to become company policy or an edict to follow for all time.”

This taught me a good lesson: As a leader, you need to take great care in what you tell your employees because they tend to want to carve it in stone as something to follow forever.

Mixing values and politics in the workplace

This is what Matt Maloney missed in his email to his GrubHub workforce, and it’s even more important to remember today when we struggle to provide leadership to workers in the Age of Trump.

Values ARE important. Taken alone, the values CEO Maloney espoused are not all that different from what you hear in many workplaces. It doesn’t hurt to repeat them today after a bruising election season that has left our country divided and unsettled, but they need to be transmitted with care, context, and in a way that allows for both leaders and employees to have a dialogue that helps everyone understand clearly how they impact the workplace they live in.

The fact that someone voted for Donald Trump or Hillary Clinton doesn’t mean that they support every single thing they said and did on the campaign trail. In other words, a vote for Trump doesn’t mean you embrace the values of Trump, although a lot of people want to believe that.

My guess is that Matt Maloney’s heart is in the right place. He wanted to reiterate and reinforce the corporate values he holds dear, and that’s ALWAYS a good things for the CEO to do.

The problem here is mixing business values and politics in the workplace. That’s what Maloney did with his email, and it’s always a dicey situation — especially for a CEO.

What we have learned from all of this — again — is pretty simple:

This whole GrubHub episode is just another example of how difficult and challenging leadership can be — and, why you really need to have great “soft skills” to do it right.