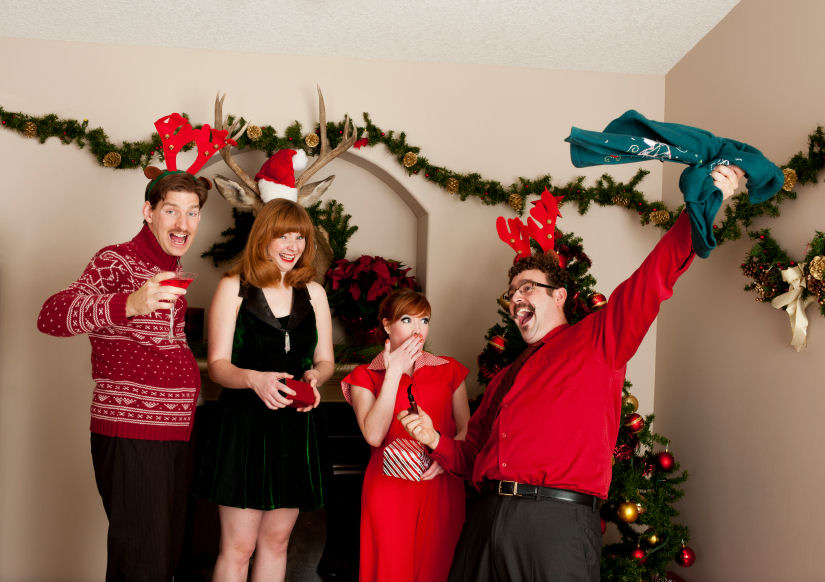 Yesterday I should have knocked out a few hours of work and put the finishing touches on my 2017 strategic plan, but instead I woke up at 8:30, finished Anna Kendrick’s memoir with a cup of coffee, then fell back asleep to the melodious voices of Property Brothers on my television. I didn’t brush my teeth until somewhere around 11:30. I don’t have kids, so every now and then I can get away with a lazy morning.

After some final holiday errands, I found myself at a neighbor’s house for a no-men-allowed holiday party. I love these types of parties BTW. I grew up with four brothers and have lived with my husband since we were 22, so I enjoy a cultivated environment that allows me to talk about suvee machines and whether we should all get IUDs before Trump takes office this January.

After the requisite “Where do you live in town?” and “Are you married, if yes, do you have kids?”, “What do you do for work?” is a safe bet if the conversation doesn’t spin off to favorite kid-friendly places in that borough to eat. Of the three women that I met, one was looking for a new opportunity, another just took a new job back state-side and the third was currently staffing up her team – and they all wanted to talk our shop. Here’s what I learned:

HR technology has made their lives easier and their teams stronger.  The woman building her team was excited and impressed by the implementation of a new ATS/CRM at her company. Before the tech was available, recruiters flipped resumes over via email and there was no systematic way they were exchanging feedback or ranking candidates. She shared, somewhat sheepishly, that calibrating with other hiring managers used to just be a thumb up or down while passing the candidate between interview teams. Today her shop has evolved to hiring against developed personas, automated all internal recruiter-to-hiring manager messages, and implemented in-system candidate ranking that quickly informs her recruiter(s) on how they should move forward. She shared that her company is expanding to New York and the in-system persona and ranking history has allowed them to make faster and stronger hiring decisions.

Glassdoor’s influence on employment decisions is not an urban myth. The person on the job market was using her holiday season downtime to work her LinkedIn network – coffees, lunches, reconnection emails, etc. One thing unique about her methodology was that she was marrying her networking with Glassdoor reviews.  She was researching companies, consuming reviews, and then reaching out to people in her network that have either worked or currently work at the company in question to get the inside scoop. She knows that reviews should be taken with a grain of salt, but is leveraging her network to validate and determine whether to apply.

Net promoter score (NPS) as a people strategies tool. NPS is not about the score itself, it’s about listening to your employees and addressing common thread issues. The last woman in this trio’s company is in hyper-growth mode and is concerned about how to scale their workforce while maintaining their core values and culture. Thus, they’ve implemented a quarterly survey that calculates the NPS of their employees and helps identify where they have pockets of detractors or issues that require deeper review or immediate action.

For most of our readers, the next couple of weeks will be slow. Get some rest, catch up with a colleague, or get out and meet someone new – you may just find yourself in an informal focus group, or at minimum, get the download on all the things you had no idea you could suvee.