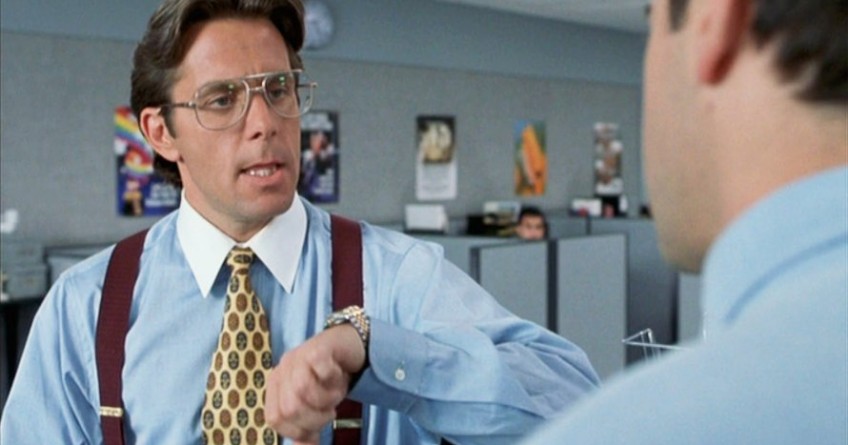 Sometimes, you just need to be reminded of some basic principles of the workplace.

Here’s one to keep in mind as your organization struggles with recruiting and retention:

Victor Lipman wrote a book about this last year — The Type B Manager: Leading Successfully in a Type A World — and in it (and this Forbes article) — and he made this point:

“Vast numbers of employees are disengaged. By “disengaged,” I mean not emotionally committed to the organizations they work for, and therefore in all likelihood not highly motivated and fully productive…

Let’s take some examples. Gallup data shows 30 percent of employees “engaged.” Towers Watson data shows 35 percent “highly engaged.” Dale Carnegie data shows 29 percent “fully engaged.” And these aren’t small studies; the Gallup survey includes more than 350,000 respondents and the Towers Watson survey includes more than 32,000. Gallup goes on to estimate an annual cost in lost U.S. productivity of more than $450 billion. This is a staggering figure. Even if it’s imprecise, it gives a sense of the magnitude of the problem.”

Victor Lipman lays this problem at the feet of America’s managers, noting that when it comes to employee engagement, “The central relationship between manager and employee plays a critical role.”

I’ve worked a lot of places for both good and bad managers, and I always say that you learn a lot more from the bad than the good. That’s because bad managers are a constant reminder of how so many people get promoted into supervisory positions who have no earthly right to be there. And in the end, it’s the employees of these terrible managers who suffer as a result.

I was reminded — again — about the terrible cost of bad managers while reading this blog post that noted that LA Magazine says editor Davan Maharaj is what’s wrong with the LA Times.

As a veteran journalist, newspaper editor, media executive, and long-time reader of the Los Angeles Times, I know that the West Coast’s largest and most influential newspaper is a shadow of its former self.

Ever since the Tribune Company purchased the Times and its parent company back in 2000, the newspaper has been besieged by a never-ending flow of stupid and short-sighted Philistines from Chicago who seem to only be focused on pillaging and plundering a once-great organization while rubbing shoulders with entertainment big-wigs and enjoying the California sunshine.

“They’re quitting to leave their bosses”

The Los Angeles Magazine focuses all of that into this single notion: that Davan Maharaj, the current editor and publisher of the LA Times, is a pretty terrible manager whose best skill seems to be bad mouthing much of his editorial staff and running them off.

Here’s the gist of the article:

For decades the Times had been a supportive place to work, competitive but friendly. After five years of Maharaj at the helm, the newsroom has been overtaken by fear, and more editorial staffers have departed than Tribune’s executives have mandated. Describing the harsh treatment that had led several colleagues to exit the paper, one former employee said, “Davan would talk down to them. He would isolate them and bad-mouth them in public. And then once they left, he would tell people how useless they had been.”

Many of the reporters and editors who’ve left are in their thirties and forties, in the prime of their careers. Some of the paper’s most accomplished journalists have opted to take jobs at wire services, newsletters, and fledgling Web sites — the kinds of outlets that the paper used to recruit journalists from, not lose journalists to. “You don’t quit the Los Angeles Times to go to Kaiser Health News or Reuters,” observed a staffer still at the paper. “These people are not quitting the Times. They’re quitting to leave their bosses.”

A sad reminder of a management truism

Ahhh, yes; bad managers help push good employees out the door. Although the Harvard Business Review disagrees with this premise, anyone who has managed people for any time at all knows it to be true.

This tale of gross mismanagement at the highest ranks of the LA Times may be denied by some, but I’ve worked in the Southern California media community for a long time and just about any conversation about the Times  eventually gets into the terrible mismanagement going on at the top — both inside the newspaper and by the latest corporate Philistines from Chicago.

Take it from me, because I see it happening every day: Bad management really DOES drive out good people. What is going on at the Los Angeles Times is just another sad reminder of how true that really is.