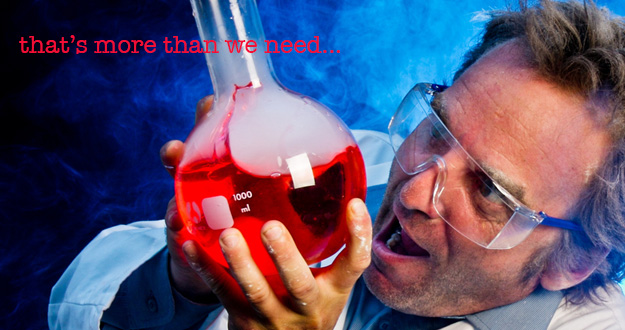 It’s been a long time since I reached down into my bag of Physics metaphors, but like a bad penny or that weird dream about donuts and a water slide, a recurring set of principles continues to populate my mind. This time, the thanks goes to 6th grade Science homework – don’t make fun, it was actually quite difficult.

For me, the concepts of motion and energy have always been quite fascinating. Sit down and read Newton’s Laws sometime and instead pretend you’re reading a guide on how to manage people, change, and processes. It hooked me years ago and I still find reminders that reinforce my belief that Talent Management relies on these same scientific principles ~ as managers (hopefully, but not necessarily juxtaposed with “leaders”) in our respective companies, we’re not cat-herders….we’re workplace scientists.

Use the concept of energy as a prime example. The simplest definition of energy is the “capacity to do work.” It doesn’t take a Rhodes scholar to pick up the parallel to corporate life in that definition – everybody we hire, manage, develop, or promote – we’re doing so with that specific endeavor in mind – to tap the individual or collective capacity that exists in an effort to get the job done. Think of those times when you hire or promote someone – why them? Don’t overthink it, the reason is found in their capacity to do work. “Energy” – pretty cool, right? Some of it you gather by observation, some you are basing on the interview process (another reason, I’m not crazy about assessments, btw – what, exactly does that tell me about “energy?”)

But there are no promises, right? Sticking to our scientific framing of the situation, “capacity” doesn’t always equate with actual ability. It’s a frustrating situation for any coach, any parent, any manager – the capacity exists, but how will it manifest itself (or will it)? Like with Chuck Muncie, this is where that pesky word “potential” comes in. “Potential energy” has a definition that eerily parallels the same situation – we know the energy is there, but will it ever come to the surface? “Potential” energy exists because of position only, meaning that boulder could roll down the mountain and cut a wide swath, but until it moves it’s just a freakin’ rock.

So in true Newtonian style, that potential energy needs to get a nudge. “Kinetic energy” is the energy of motion – granted, it’s also energy without direction, but it’s releasing the potential within. Are you a #workplacescientist? Don’t be afraid of pushing that boulder, just be sure there’s a safe landing at the bottom of the slope.

Mistakes are inevitable for all of us. Why not make them as quickly as possible? Once you get a body moving, you can use the momentum with subtle nudges. It’s that first big push that takes the most effort.