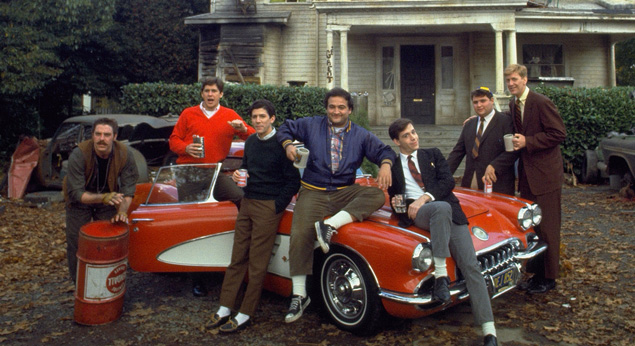 Hang out around diversity groups/conferences/think-tanks long enough, and you’re sure to have your view of diversity widened.  The line of thinking goes that diversity transcends Title 7 classification, and while many diversity initiatives focus on opportunity for protected class candidates, differences that exist outside of that definition are important as well.

If the true business goal of diversity is to have a workforce that understands your current and potential customer base, microniches like kids of alcoholic parents, people from one-parent families and people from different areas of the United States (being from Iowa doesn’t constitute national origin protection) can be key in having a truly diverse workforce.  Plug in your own version of the non-protected microniche class here – _____________.

What’s my hot button when it comes to non-Title 7 versions of diversity? I would have to say educational status.  Many companies are following the trend of not requiring a college degree, but I still value the degree.  The degree shows something valuable – namely the ability to put up with mind-numbing processes and deal with varying degrees of ambiguity while consuming large amounts of alcohol at random intervals.  That sounds a lot like the world of work, plus/minus the alcohol depending on your life choices.

Instead of focusing on non-degreed candidates, I’d tell you many hiring managers and even companies need to do two things to get a more diverse workforce and more importantly, better business results:

Put another way, stop being a school snob.  Malcolm Gladwell has done great work around relative deprivation, which put in context to this post means that giants routinely rise from non-elite schools because they feel great about themselves.

A lot of tech companies are struggling with their Title 7 diversity numbers, but dig deeper and you’ll find some genuine school snobbery. More from a recent Fortune article on diversity programs at Google:

Narrow inclusion has had opportunity costs at Google. David Drummond (chief legal officer at Alphabet, holding company of Google), as do others at the company, gets this from both a product and talent perspective. “There’s a long list of people who were turned away from Google who went on to do great things—I don’t need to name names,” he says, laughing.

But I will. One famous example is Kevin Systrom, a Google employee who was turned away from the company’s associate product manager program because he had the wrong degree from Stanford—management science, not computer science. So he wandered off to found Instagram, which he sold to Facebook for $1 billion in 2012. The photo-sharing social media platform is now worth multiples of that purchase price.

KD Note – Let that soak in. Founder of Instagram couldn’t get in to the product manager program at Google.  Wrong degree from Stanford.  Think they’d like to have that one back?

A lesser known but perhaps even more impressive technologist, Laura Mather, might have helped transform Google in other ways. Mather was an early cybersecurity expert, a rare breed who started at the NSA and then migrated to Silicon Valley, where she became an integral part of eBay’s first antifraud team in 2003. She applied for and won a position at Google in 2006. But then, says Mather, her recruiter shared a message from Larry Page: that he was offering her the job, but he didn’t think she was going to be successful because her school wasn’t good enough. She had gotten her Ph.D. 12 years earlier from the University of Colorado. “It broke my heart; it was so irrelevant,” she says. (Page declined to comment.) She was equally put off by the interviews: “All they wanted to do was prove they were smarter than me.” She says she decided she didn’t want to work for a company that wanted to tear her down.

Mather went on to cofound the antifraud startup Silver Tail Systems, which uses pattern-recognition algorithms to identify online fraud in real time. It was bought by EMC/RSA for $250 million in 2012. She then founded a software platform called Unitive, that, wait for it … helps companies eliminate bias in recruiting by helping hiring teams identify candidates based on skills and values rather than on what school they went to. Or, as she says with a laugh, “whether or not they played water polo.” Who knows? Maybe Google will make her an offer.

If you want an easy win related to getting better business results through diversity, challenge the school snobbery that’s alive and well in your company.  Do what you need to do in order to dig deeper and pressure your company or specific hiring managers to stop declining candidates because they came from Southwest Northern State.

You’ve already missed on your version of Instagram’s Kevin Systrom.  Don’t miss out on the next one.