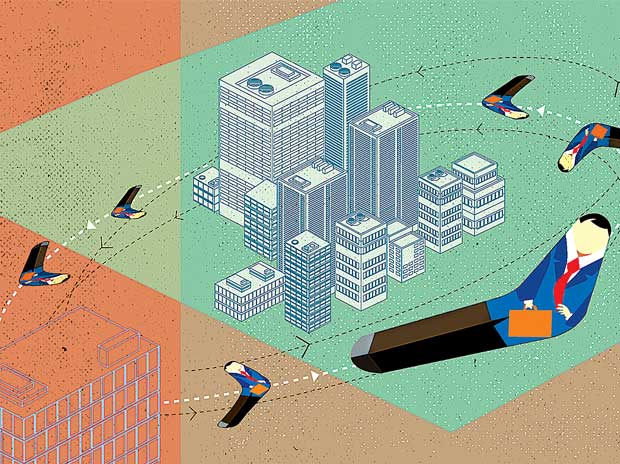 Nothing quite like a marriage metaphor, right? You’ve heard these stories (or perhaps you’ve lived this story) – after years of asking, pleading, and begging (to a man’s ears = “nagging”) her husband to change his ways to no avail, a woman flips the switch and phhhhhht. She’s gone. Said husband, now realizing that she may in fact be serious this time, desperately promises the Sun and Moon for the opportunity to try again. Because, as you know, this time will be different. Stupid boys. (Editor’s Note: my wife has claimed “Stupid Boys” as the title to one of her upcoming books.)

How does that generally work out? Would you say “good” to “quite good?” My guess is this only serves to delay the inevitable. The man is who he is, and soon enough he will revert to his normal state. Then we go through the same drama again, without having made progress in the least.

The husband is obviously the company in this case, the wife with the boot is the employee. The employee has been telling you, in some form or fashion, what you need to do if the relationship will continue successfully. A counter-offer is the equivalent of the Hail Mary, with a promise for change but a history that says otherwise. You might get an employee to stay, but usually, for the same flawed logic as a spouse hanging onto a miserable marriage:

So, what brought this topic to mind is a friend’s recent separation from his wife. Now that she has left, he desperately wants to change all those things that he had ignored, lo those many years. That’s a fool’s game, don’t you agree? But counter-offers are rarely a successful play. You’re probably delaying the inevitable, you’re setting a dangerous precedent with other employees who may take note, and you’re still not focusing on the fundamental reason they left. Fix yourself (or don’t, and expect the same results) before throwing money at a losing proposition.

If you love them, let them go – “boomerang” employees aren’t returning for counter offers, they come back after realizing the grass may not be greener after all, or if they see a different company than the one they left. Almost half of companies surveyed agree they would consider taking back a former employee, and 15% of the employees admitted they actually did return to the old stamping grounds.

Don’t miss the opportunity – learn how to stop the next employee (or wife) from leaving; for now, at least, this train has left the station.