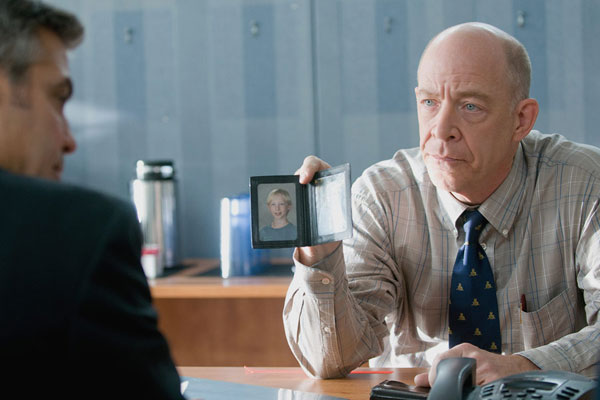 “How much did they pay you to give up on your dreams?” – a memorable line by Ryan Bingham (played by George Clooney) in Up in the Air, the classic HR movie of outsourced termination services. His statement is made to Bob (played by J.K. Simmons) who gave up on his dream to be a chef for a traditional corporate gig. Bob is terminated after a lackluster career and left to ponder missed opportunities.

Anna Kendrick (playing the character Natalie) stars as well and is the snooty and over confident young grad trying to upend the industry by doing terminations via skype. I won’t ruin the whole story or ending just in case you haven’t seen it (go right to Netflix and stream it when you have the time).

The story centers around Ryan who spends 90% of the year on the road firing people for chicken shit bosses who can’t do it on their own.

The line evokes a powerful question for every one of us, specifically how did we get to our current roles, chosen or by necessity, and why don’t we pursue our dreams.

I’m not talking about wanting to be Michael Jordan or Lebron James (sorry Tim and Kris, although we hear Tim is a pretty good backup point guard on his over-40 team and Kris can post up with the best of them). I am talking about each of our realistic dreams and passions.

Take out a piece of paper and scribble what you wanted to do when you were 12, 17, even 22 years old. I bet less than 10% of you are doing any one of your choices, especially the 22-year old version.  Not even close.

For those in the Talent business we often ask this of candidates in interviews, but we don’t really think about it ourselves.

How many Talent folks out there actually chose their profession? Or did you fall into it like I did?

At 12 I wanted to be the best left handed pitcher in Major League Baseball. Two lefty major league pitchers, Jerry Koosman (Mets World Series final winning pitcher in 1969) and Steve Carlton (Phillies Hall of Fame pitcher) were my heroes. At 17 I wanted to be a physical therapist. At 22 I was hoping to be the Director of Operations at Madison Square Garden…Well obviously, none of these aspirations came to pass. Although I do hold the wiffleball neighborhood record for most garage door broken windows in Jr. high school (17). I had a mean rising fastball. And I still get in the batting cage once in awhile (see below). I also did my grad school internship at the Nassau Coliseum, where the Islanders used to play.  It was a dream that just didn’t come to pass.

I bet many of you have similar dreams and skirted with them briefly in some shape or form before you ended up doing whatever you’re doing.

I have been teaching part time as an adjunct professor in the MBA program at Adelphi University on Long Island for the past few years. We are better known for our NCAA Division 2 championship Lacrosse program and Nursing program than much else. Our Business school is accredited and very good, but lost in a sea of business schools nationally. All the major accounting firms from Big Four to mid-majors recruit our students along with IBM, 1-800-Flowers, Estee Lauder and a few other well known corporations. We offer a concentration in HR and have several I.O. Psych undergrads and grads taking HR classes in our program.

But very few choose HR or Talent as a vocation. There are some very good and some bullshit reasons for this. We know HR is not a “sexy” profession. We know recruiting has a black eye from the few rogue players who don’t treat candidates right. By and large that is more of an anomaly than reality in the market place. Most of the writers here on this site have carved out exceptional  careers in the HR and Talent space. So, if they are our examples, making a living and doing great work at the same time, then we know it is possible to have our cake and eat it too.

Yet HR is one of the least chosen vocations. It is a high ‘default’ profession.

Here are some realities:

It takes 8-12 years to get to positions with real strategy attached. Sometimes even longer. Until then there is a lot of repetitive and transactional work. About as exciting as an entry level accounting career.

An assumption that those who can’t succeed in business operational roles default to HR floats around the business schools across the country. And we know that’s not true.

And how many HR execs become CEOs? I can name a couple. One I worked for at Limited Brands and Macy’s. Theo Killian went from CHRO at Zale corporation to President and then CEO. He was the former VP of Stores HR at The Limited and EVP of Executive Recruitment at Macy’s. The other is General Motors CEO Mary Barra. I can’t name another major corporation where the senior HR person ascended to the #1 role. That is a disappointing fact. However, optimistically I don’t know if either of them dreamed of being CEO during their career. They are proof that if you reach for the top, you can achieve it regardless of your line management role, even HR.

Maybe HR folks set their targets too low. I don’t really know. I love working in HR and think it’s a great career choice. We need more folks who want to work in the profession. We need to be role models.

We need to change the perception. We need to lead by encouraging our next generation as mentors.

We have a lot of work in front of us. But I am an eternal optimist….