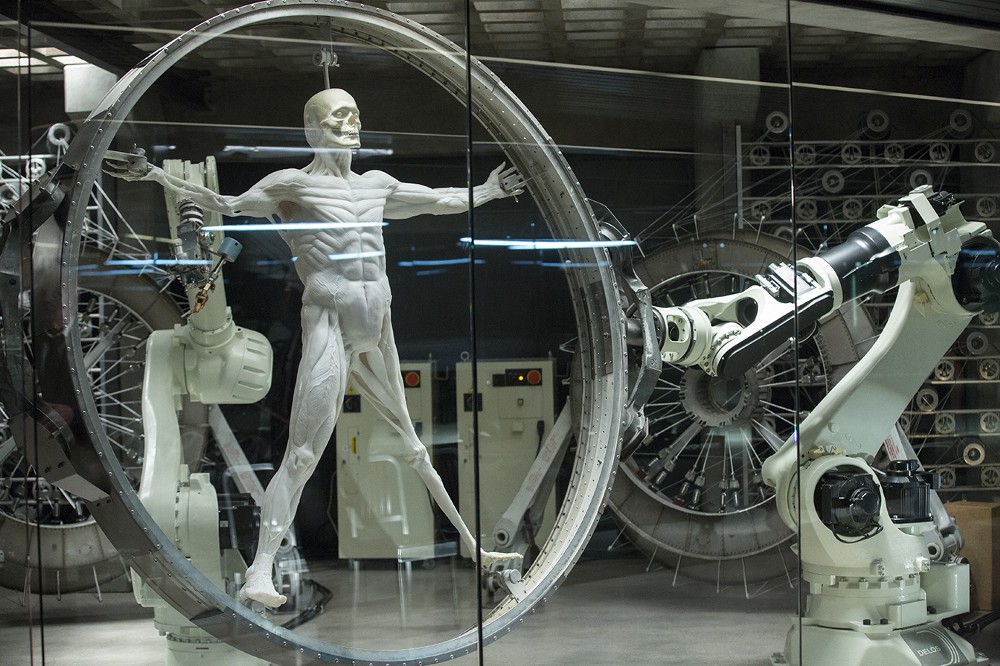 “The greatest trick the devil ever pulled was convincing the world he didn’t exist.”

–Verbal Kint in The Usual Suspects

It’s impossible if you follow tech in any industry or simply follow tech overall not to be overwhelmed by articles that suggest the workplace is going to look very different in the next 20 years due to automation and Artificial Intelligence (AI).

The whole automation argument comes in a couple of different flavors, one sneaky and one obvious:

–Obvious: Robots are taking jobs away from humans, and that’s only going to increase. Look at any manufacturing floor and you’ll see Eddie, PSG431 or whatever the hell you’re calling your manufacturing robot to make it seem more human. Except it doesn’t smoke, have flaws and probably only watches Westworld on HBO.

–Sneaky: AI as a part of any software stack takes jobs away in a sneaky fashion. It’s an incremental process that we’re told will continue up the food chain of the jobs we manage, making data calls based on incremental learning that happens in the workflow of your company. Bye bye, Finance. Nice to know you, Sales Analysts.

I like the obvious side more than the sneaky side. But as all this tech (hardware and software) sidelines more humans out of jobs, here are the big questions I have:

Things that make you go hmmm. I’m assuming the song that just popped into your head will automatically generate a hologram of C&C Music Factory next to you wherever you are, reminding you that those people didn’t actually sing that song. Which is an early form of analog automation in my eyes.

But I digress, don’t I? Smarter people than me have pondered the tax base impact of all these robots and automation. Here’s what Bill Gates thinks and some analysis of what taxing robots and AI means courtesy of Quartz and Business Insider:

Bill Gates has stated in an interview that robots who take human jobs should pay taxes. This has some obvious attractions.

Not only, as Gates says, will we be able to spend the money to finance jobs for which humans are particularly suited, such as caring for children or the elderly, but robots are also unlikely to complain about tax levels, they don’t use services financed by tax revenue such as education or the health services and they are most unlikely to salt away income and assets in a tax haven.

Well, actually, you can’t tax robots any more than you can tax any other inanimate object — but Bill Gates’ suggestion does address some of today’s most important tax issues. What proportion of its tax revenue should a state raise from each of the three main tax bases; capital, labor, and expenditure? And how can a state counteract tax avoidance by large companies and wealthy individuals?

Taxing robots would, in reality, be a tax on the capital employed by businesses in using them and might help to redress the long-term shift away from taxing capital. In 1981, the rate of corporation tax was 52%, although generous relief meant that the tax base was relatively narrow. This has now fallen to 20%, and further reductions to 17% are planned by 2020.

By contrast, the principal expenditure tax, VAT, was originally set at 8% in 1973, but rose to 15% in 1979 and is now 20%. This means that individuals are contributing a larger proportion of tax revenue than previously through taxes on salaries and expenditure and businesses are contributing less through taxes on their profits — even though they make use of the UK’s transport, financial, and legal infrastructure and benefit from the education and healthcare provided to their employees.

Of course, it’s important to remember that we’re living in a golden age in many ways compared to the past. See this George Will column about comparing the average American’s current relative standard of living to a billionaire Rockefeller.

Trump won the 2016 election by stoking multiple emotions. I think a future election is going to be won by figuring out how to replace lost payroll tax revenue.

Because that’s what the AI packages will tell the humans to run on.