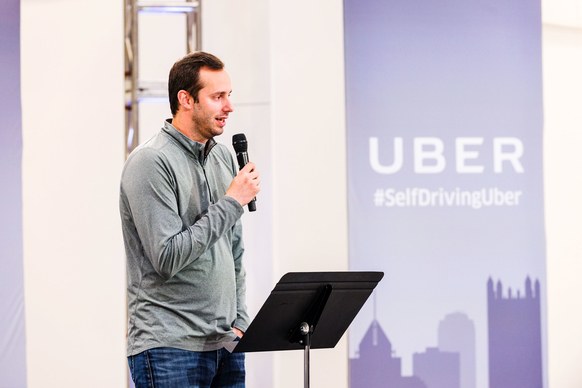 I’m a House of Cards fan…power, subterfuge, shady deals and intrigue. Sign me up. Can’t wait for the new season. I like drama and backroom politics. It’s fun to see how things get done.

Shady deals like this, however, don’t normally happen around the HR space. But for Uber and a division of Google, it’s on. Frank Underwood would eat this up.

Here’s the backstory. Google’s Waymo division is focused on self-driving cars. Their lead guy in this space was named Anthony Levandowski. Last year, Levandowski quit Google with no notice to work at his own start-up named Otto. Then Uber bought Otto shortly after, which means they got Levandowski, which means they got his knowledge. Huge hire. Great job. Golf clap all around.

Googles was less than pleased. Whoops.

Shortly thereafter, Waymo sued Uber, saying Levandowski stole proprietary information. This happens sometimes. One company is mad their competitor stole a good person, so they sue and claim it was unfair. Here’s how that normally plays out:

Former employer: He took trade secrets. We are suing.

New employer: He didn’t steal anything. And they’re not trade secrets. He’s a stand-up guy. How dare you. Stop being a baby.

But, kids, that is not how it’s going down this time. At all. Google has a case, the judge is frustrated at Levandowski and Uber just stopped backing their guy. In fact, Uber told him to play ball with the court or risk getting fired. Awesome.

Last week Judge William Alsup ordered that Uber “exercise the full extent of [its] corporate, employment, contractual, and other authority” to force Levandowski to return any downloaded materials to Waymo. Following that, Uber on May 15 sent a letter to Levandowski giving him a choice between “deny[ing] ever having taken any downloaded materials from Google” or hand over any materials he might have taken from Google. If he failed to comply, he would risk termination of his employment.

This might be the first time I have seen a big name employer publicly pull support from their guy. Other articles note that Levandowski is no longer in charge of self-driving vehicles at Uber.

So, the critical hire that looked awesome now looks like a garbage fire. You’re in a high profile lawsuit, you demoted the guy, and your already damaged public image takes a hit. House of Cards in the HR shop at Uber. I love it.