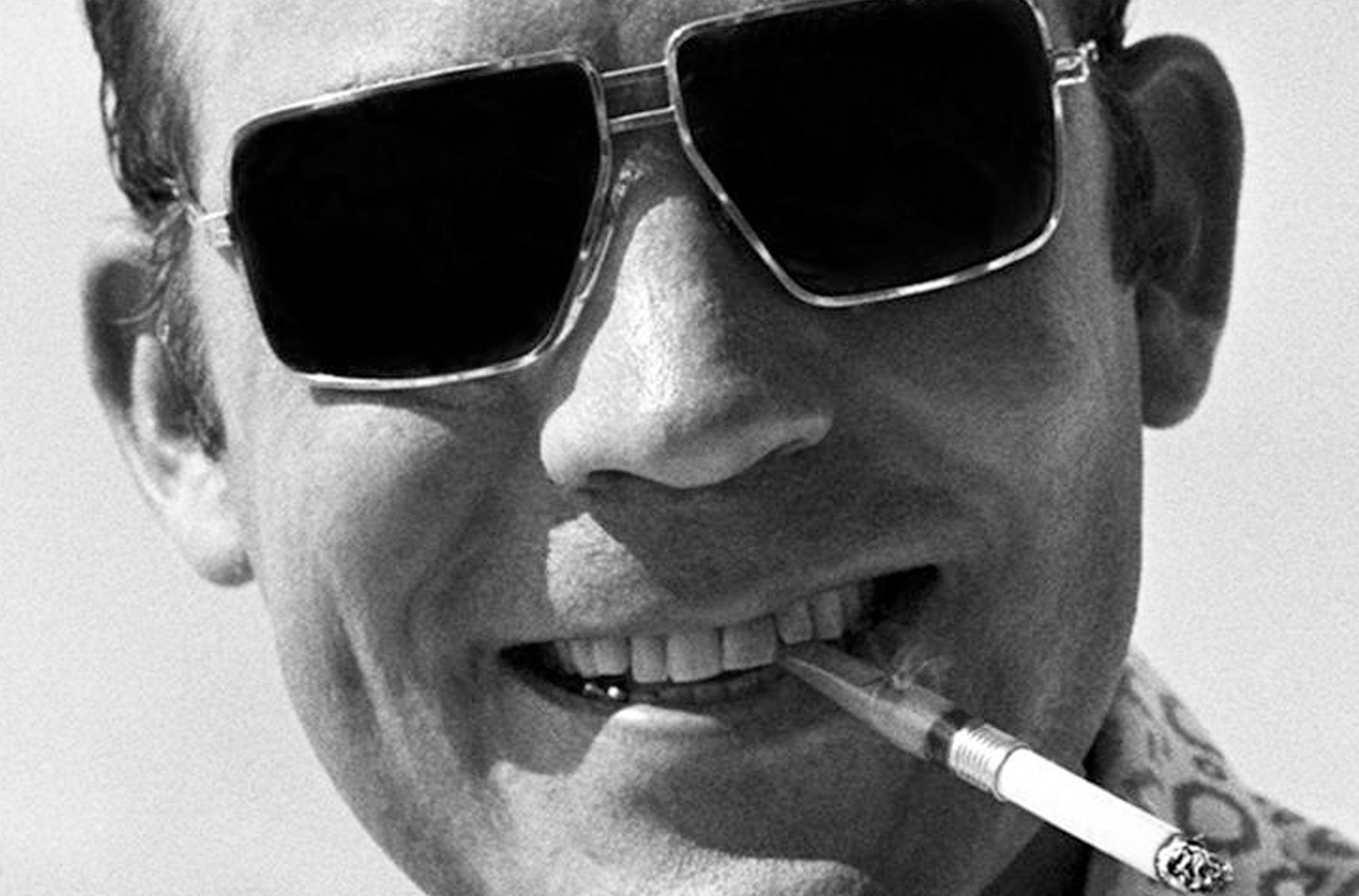 Remember the old military concept of “shock and awe“?

It got a lot of attention during the Iraq War, and is defined as rapidly dominating an opponent “by the initial imposition of overwhelming force and firepower.”

But “shock and awe” isn’t just for the military; it’s useful whenever you want to overwhelm someone quickly and unexpectedly. In fact, I think “shock and awe” is what most job candidates want recruiters and hiring managers to feel when they read their cover letter.

But, it doesn’t happen very often. When was the last time you were shocked and awed by a candidates’s cover letter?

I’m reminded of this because later this month — July 18, to be exact — will be what would have been the 80th birthday of the late, great Dr. Hunter S. Thompson, gonzo journalist, longtime National Affairs Correspondent for Rolling Stone magazine, and author of such classics as Fear and Loathing in Las Vegas, Hell’s Angels, The Rum Diary, Where the Buffalo Roam, and The Great Shark Hunt.

He’s also known for something else: as author of one of the greatest cover letters of all time.

Back in 1958, when he was young, broke, and living in a basement apartment in New York City, Thompson wrote to the Editor of the Vancouver Sun in British Columbia about a job as a reporter. He didn’t get the job, but his cover letter lives on as a timeless classic, and a great example of what attitude and enormous self confidence can do if channeled properly.

Last year, Esquire magazine said that this “might be the ballsiest cover letter of all time.”

A cover letter for the ages

I agree. It probably IS the “ballsiest cover letter” ever, and a marvelous attempt by Thompson to convince a hiring manager to take a closer look at him.

It didn’t work, but wow, what an effort. Take a read and see if you’ve ever seen a cover letter anywhere close to this one:

I got a hell of a kick reading the piece Time magazine did this week on The Sun. In addition to wishing you the best of luck, I’d also like to offer my services.

Since I haven’t seen a copy of the “new” Sun yet, I’ll have to make this a tentative offer. I stepped into a dung-hole the last time I took a job with a paper I didn’t know anything about (see enclosed clippings) and I’m not quite ready to go charging up another blind alley.

By the time you get this letter, I’ll have gotten hold of some of the recent issues of The Sun. Unless it looks totally worthless, I’ll let my offer stand. And don’t think that my arrogance is unintentional: it’s just that I’d rather offend you now than after I started working for you.

I didn’t make myself clear to the last man I worked for until after I took the job. It was as if the Marquis de Sade had suddenly found himself working for Billy Graham. The man despised me, of course, and I had nothing but contempt for him and everything he stood for. If you asked him, he’d tell you that I’m “not very likable, (that I) hate people, (that I) just want to be left alone, and (that I) feel too superior to mingle with the average person.” (That’s a direct quote from a memo he sent to the publisher.)

Nothing beats having good references.

Of course if you asked some of the other people I’ve worked for, you’d get a different set of answers. If you’re interested enough to answer this letter, I’ll be glad to furnish you with a list of references — including the lad I work for now.

The enclosed clippings should give you a rough idea of who I am. It’s a year old, however, and I’ve changed a bit since it was written. I’ve taken some writing courses from Columbia in my spare time, learned a hell of a lot about the newspaper business, and developed a healthy contempt for journalism as a profession.

As far as I’m concerned, it’s a damned shame that a field as potentially dynamic and vital as journalism should be overrun with dullards, bums, and hacks, hag-ridden with myopia, apathy, and complacence, and generally stuck in a bog of stagnant mediocrity. If this is what you’re trying to get The Sun away from, then I think I’d like to work for you.

Most of my experience has been in sports writing, but I can write everything from warmongering propaganda to learned book reviews.

I can work 25 hours a day if necessary, live on any reasonable salary, and don’t give a black damn for job security, office politics, or adverse public relations.

I would rather be on the dole than work for a paper I was ashamed of.

It’s a long way from here to British Columbia, but I think I’d enjoy the trip.

If you think you can use me, drop me a line.

If not, good luck anyway.

A great example of what a powerful cover letter can do

As Esquire noted, “Shockingly enough, the letter didn’t sway the editors at the Vancouver Sun. Maybe it was thanks to the clearly intentional arrogance, or the disparaging attitude towards journalism, or the critiques of his current paper. Whatever the cause, Thompson still seemed to do OK for himself.”

That’s certainly true, but misses the point: For my money, this is probably the greatest cover letter ever written  — even if it didn’t land Thompson the job.

In fact, this may be a classic case of how sometimes you look back and are glad you didn’t get that job you were so worked up about. If Thompson gets hired and heads up to Vancouver, who knows if the famous gonzo journalist would have ever emerged?

It’s also a classic example of what a powerful cover letter can do, although clearly, this one would have scared off most current hiring managers.

What would you think if you got it from an applicant today? I doubt that very few people would react positively, and for a great many, they would assume that someone with the kind of attitude Thompson exhibited was simply a potential HR nightmare to be avoided at all cost.

No matter — he didn’t get hired, and you probably aren’t seeing ANY cover letters that are in the same ballpark as this one.

Shock and awe may be a great military tactic, but when applying for a job? Well, maybe not so much.

If that’s a good thing, or not, depends on you.