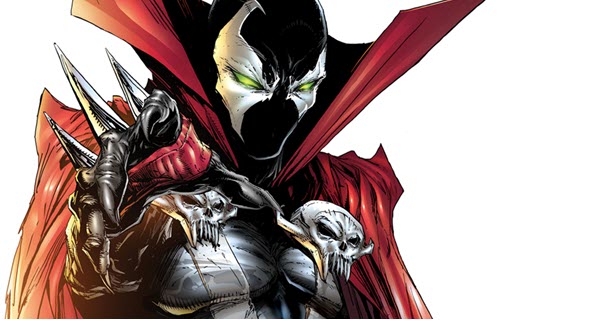 Just when we thought the hype about millennials might die down to a dull roar so we could get back to treating people like, well, people, some consultant needed to make another yacht payment and created a “new” generational cohort. One they could ride for a couple more years until they create something new for corporate HR to feel stupid not knowing about.

Yes… you heard me right – a “new” generation. And it’s not what you think. It’s not Gen Z. Gen Z or Gen C (“c” for connected). They were created when the dollars associated with Gen Y webinars dried up. However, those two imaginary generations are pushing on the butts of Gen Y trying to get their 15 seconds of attention. (It used to be 15 minutes but technology speeds up everything – including clichés.)

But knowing that the half-life of any new consulting idea is shrinking, the new go-to generation to worry about is… wait for it…

Wait while I stop laughing so I can generation-jones-plain this to you. Breathe…. Breathe…

About a week or so ago an article popped up talking about a “new” generational cohort. Xennials – defined as those born between 1977 and 1983. From a Huffington Post CA article:

“The idea is there’s this micro or in-between generation between the Gen X group – who we think of as the depressed flannelette-shirt-wearing, grunge-listening children that came after the Baby Boomers and the millennials – who get described as optimistic, tech savvy and maybe a little bit too sure of themselves and too confident,” Dan Woodman, Associate Professor of Sociology at The University of Melbourne, told Australian lifestyle site Mamamia.

Woodman went on to explain that while millennials have always grown up with technology, Xennials had to make an adjustment to embrace it.

I am SMDH. I don’t have any data to back it up but I’m thinking that whomever came up with “Xennial” was a either a Gen X who was tired of being thought of as old – or a millennial who wanted to be “special” again after all the hub-bub about millennials being special died down.

Can we just stop the insanity? (If you get that reference ping me in the comments and we’ll create our own cohort.)

I love this generational stuff because there is as much data saying there are no generational differences as there is data saying there is. (From just 3 months ago: The malignant myth of the Millennial.) And the folks who got rich on it are now reaching for anything to keep suckling at the teat of age-based management. But I think they are missing the boat. We need to really get down in the dirt here and do it right.

I dub this the age of Nano-GenerationsTM. (For the record I have copyrighted it, trademarked it, service marked it and Marky Marked it)

Yep – me and myself. I am a generation of ONE. Or, in normal grown up, non-marketing spin – I am an individual.

I wish I could say I was the first person to think this generational thing has a lower limit, but a friend of mine, Lance Haun, jumped out front when he wrote on his Medium account:

How do you know if you’re in Generation Lance? It’s easy:

While Lance called his generation of 1 a micro-micro generation – I dub thee “Nano-Generation.”

And we are all the only members of our own special Nano-Generation.

This is the new HR fan-boy trend.

If you want to be seen as in the know in HR you need to be talking about how to enable your managers to deal with Nano-Generations of 1. You will not survive the next tsunami of whitepapers and webinars on Xennials without diving deep into the whole Nano-Generational Movement. Trust me. I’ve never been more sure of this in my life.

Manage to The Individual

Here’s the real point of this post. We are all members of our own little generation and if we truly want to have engaged employees and get the best out of them and get the best for them we need to manage them as individuals and not just some member of a squishy generational cohort. Your people are individuals, not some segment that can be addressed “en masse.”

Just in case you don’t believe me that this is total garbage there is actually a “test” to see if you are a Xennial (or an X-men – I’m not totally sure).

I took it. And my results:

You are a true xennial. Well done. You understand modern technology but are not so emotionally needy as to need constant validation from strangers you will never meet.

Best joke of the day. Of course I am emotionally needy and need constant validation from strangers. Why else am I writing here?

But seriously. If this doesn’t make you give the side-eye to this generational crap then I can’t help you. But… If generational management/marketing is your gig… please adopt the “Nano-Generation” mythos and treat each person as a cohort of 1.

All will still be well.