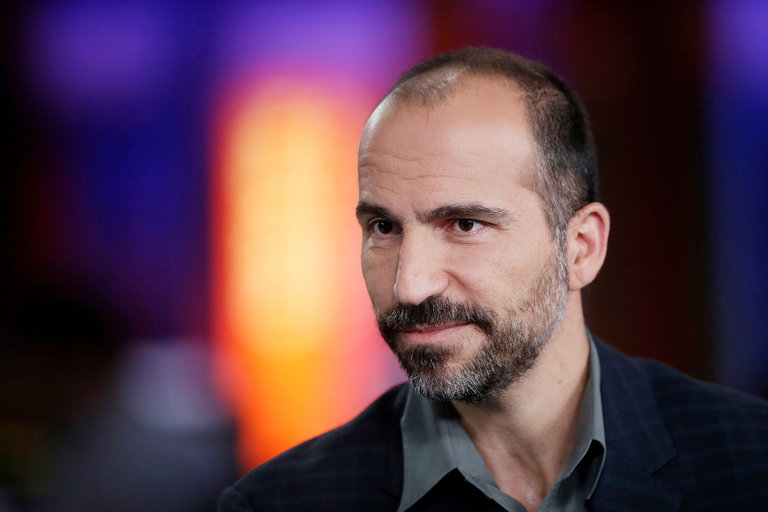 Uber has been HR blog fodder for months, mostly for their toxic culture and former CEO Travis Kalanick being a jerk.  Better writers than me took their shots, so I stayed on the sidelines.

Quick backstory.  Kalanick resigns to spend more time with his family.  Competing interests on the board sue each other. Now the long CEO search process comes to an end, and the New York Times has so much inside detail, it’s like they bugged the boardroom.  Select chunks of that detail in italics, with my comments after each section:

At Uber, the chief executive search has been turbulent. Board members were split over candidates early on in the process. As recently as late last week, Uber’s board was deadlocked on candidates, the people said. On Friday, the board met in San Francisco, with Mr. Immelt and Mr. Khosrowshahi talking to the directors. Ms. Whitman spoke with directors on Friday and Saturday.  According to people with knowledge of the situation, Mr. Kalanick favored Mr. Immelt while Benchmark, whose partner Matt Cohler sits on Uber’s board, preferred Ms. Whitman.

R.J.’s comments:  Did the person running this search invite TMZ into the boardroom?  Holy Moses, way too many people involved.  This is more gossip than a Saturday morning at my mom’s hairdresser.

On Sunday morning, Mr. Immelt posted on Twitter that he had “decided not to pursue a leadership position at Uber.” By then, it was apparent that Mr. Immelt did not have the software experience that some board members deemed important for the Uber chief executive role…

R.J.’s comments:  Sweet baby Jesus, the guy who ran GE for 17 years is too light for you?  Are you kidding me?  This board is off the charts arrogant.

The star who smells the crazy

At that point, the board was leaning toward Ms. Whitman,…who had previously also led eBay…As a female leader, she also offered the opportunity for Uber to improve its workplace image. Ms. Whitman asked Uber’s board about some issues, including what role Mr. Kalanick would play in Uber’s future,…the current legal battle over board control between Mr. Kalanick and Benchmark.  By late Sunday, Ms. Whitman and the board could not agree on some of those matters…

R.J.’s comments:  The board couldn’t guarantee Whitman the power she’d need to clear this mess up, and they couldn’t get her comfortable that Kalanick wouldn’t be hanging around the executive coffeepot every day.  She passes on the freak show.  The 17 year GE CEO might not have been so bad, after all.

Aw man, we better hire someone

Ultimately, the board decided on the third candidate, Mr. Khosrowshahi.

R.J.’s comments:  Look, that’s not the ringing endorsement headline you want to see if you’re Khosrowshahi.  The board and their leaks to the Times just cut Khosrowshahi at the knees.  Gonna be hard to build up the power he needs.

Closure from the NYT