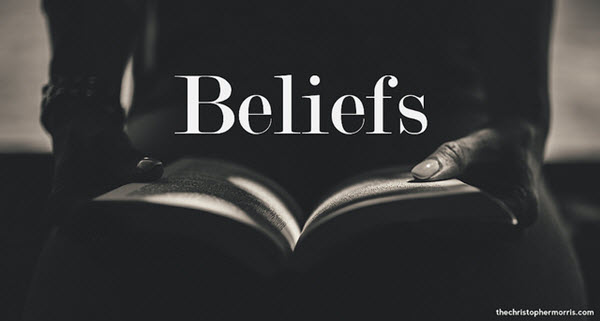 “Life moves pretty fast. If you don’t stop and look around once in a while, you could miss it.”

That infamous line is now 32 years old. And it has never been more true than it is today (more true? I guess in today’s reality there are gradations of true so it works.) Everything moves fast. I remember the first iPhone – and now we have iPhone X (10?). There was a time young’uns, when there was no internet and your 3-year old didn’t have a smart phone and their own sponsored Snapchat account.

But this post isn’t about reminiscing – it is about understanding that things change (fast) and if you want to be successful you need to remember what you believe is not eternal. It should change.

See, one of the things I’ve noticed over the years is that there are a couple of departments in most companies that get stuck in a belief system that reinforces what they “think” they know over what is reality. In the book, Liminal Thinking by Dave Gray, he calls it self-sealing logic. Self-sealing logic is when new information from outside your own bubble of belief is discounted, or distorted, because it conflicts with the version of reality that exists inside your bubble. You shut the idea down before it has a chance to grow.

Finance is one of those areas. Sometimes due to “rules and regulations” like GAAP and the SEC, but also because they can’t see a different business model (ask the music industry how that worked out for them – or the taxi industry.) The systems are built around a belief and then the system becomes the validation of that belief.

Round and round we go.

Another area is HR. I know what you’re thinking. There is a ton of TALK about changes in HR. AI (artificial intelligence for those of you in fly-over country), BIG data, HUGE data, Pulse Surveys, no performance reviews, engagement, experience, etc. All these new ideas and new information. So little movement. Remember folks, knowing something isn’t the same as doing something. Maybe, since both of these departments are pretty focused on risk mitigation, it is better to stick to long-held beliefs than to experiment and wander too far from the edges of your bubble. I don’t know.

But I do know that your own beliefs can (will?) kill you.

Who Would Ever Want to Do That?

The same year Ferris Bueller came out I was walking to a meeting with a sales person who brought in a potential new client. The client had a new service they were rolling out to consumers and they needed an incentive program to help get consumers to sign up for the service and continue to pay the monthly fees. Normally, a no brainer for us. Simple loyalty program – entice to sign up – provide recurring earnings to stay.

The company was CompuServe. The service was their home internet access dial-up service.

I listened to the sales person explain the service and how people would pay to connect to the internet from their home computer. And here was my response.

I hear you all laughing. Yes… my firmly held belief is why I am not sunning myself on the yacht next to Paul Allen and playing Mad Libs with the Zuck. I firmly believed no one would want to get on a computer after work. Computers were for work not play.

I was in my bubble.

HR is in a bubble.

I still remember what I said that day in 1986 because I carry it with me and say it to myself every single time I think I am 100% right. When I KNOW I am right, I know I am in my bubble. That is when I need to step back and ask myself if I am discounting new information simply because it makes me feel better about my beliefs, or am I listening and challenging my core thinking.

It is said that when Generals were feted in Rome after victories on the battlefield a slave stood behind them whispering in their ear: “Memento mori.” That loosely translates to “Remember you are mortal.” A reminder that they weren’t a god, or above those in the throngs screaming their praise. They need to be reminded they were just as prone to death as the rest of us.

I suggest if you are in HR, have a sign made for your office that says

Loosely translated to: “Remember you can be wrong!”

When you think you can’t do something – ask yourself – “Is it possible I am wrong?”

When an employee says “why not” – think about your answer and then ask – “Could I be wrong?”

Or… you can do what I have done for 32 years – put a CompuServe logo on the wall by your computer to remind yourself nothing is 100% right – including yourself.

Bonus: I also have a plaque on my wall that says: “Illegitimi non carborundum!”

I’ll leave it to you to do the translation.