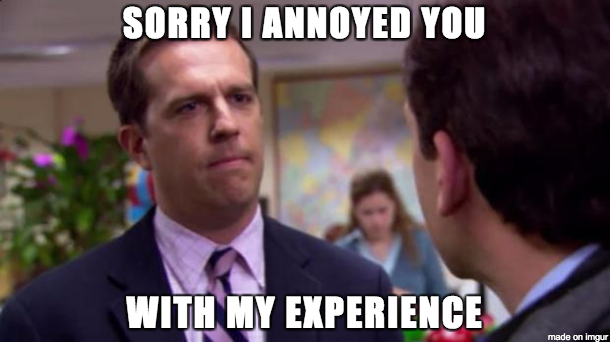 I’m jaded and don’t subscribe to the overqualified candidate debate. To me it is binary—you’re qualified or you are not.

I am not sure when the term overqualified entered the Talent parlance. It may, by all accounts, be the must overused term in HR. More than “Engagement” or “Rigor” or “Agility”, and certainly near the historic “Seat at the Table” or half a dozen other terms and buzzwords bantered about by recruiters near and far.

When folks shop for clothes or appliances they look for value at a discount. Who wouldn’t want a Samsung big screen for 40% off or a great designer handbag for even more money off?

Would an NBA pro basketball coach turn down a player who could hit 50% of their 3-point shots consistently, giving them 15-20 quality minutes a night, for a minimum dollar value contract?

If you ran a medical practice, would you pass on a doctor who went to Harvard because their degree was from too good of a school?

But we regularly pass on individuals as they seem to have too much experience, or, as the saying goes, they are “Overqualified”.

So, I won’t bore you with the reasons folks use to defend their position. Or discuss ageism as part of this debate. I will just give you a couple of food for thought notions on hiring qualified folks who happen to have a lot of skills or experience, maybe more than the job spec.

First, they may excel at the job with minimal to no ramp up time.

Second, they may bring better ways of doing tasks or the work itself.

Third, they may be able to do more than expected. 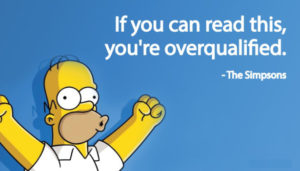 I know I am keeping it simple, but you all can take it to another level by noting they can mentor less experienced (dare I say “under qualified”) folks and act on a slew of high value actions daily. Maybe productivity and capabilities of experienced workers is intimidating to some bosses?

And, of course, they can leave for more money or a bigger position down the road. So can your Elk that are less productive and not that valuable.

I would like the term removed from the daily parlance of recruitment. That is a bold and unrealistic request. However, I challenge all of you to at least think about it and maybe, just maybe, hire a “better qualified” candidate in the future. Now maybe that should be the new term of the week, “better qualified”.