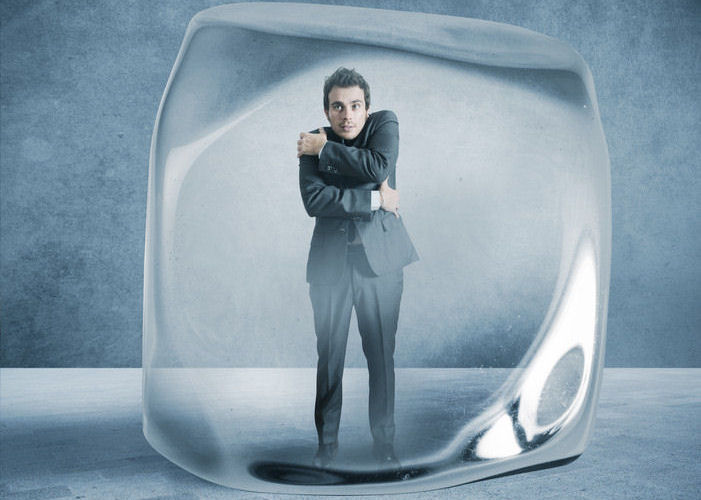 Being excluded sucks.  When everyone else is talking about MindHunter on Netflix and you don’t know what the hell is going on, it stinks.  Or when you see 10 cars in front of your neighbor’s house, you know for a second you’re like, “Dang, a party? Hmmm, my invite must have gotten lost.”  You aren’t alone. It’s universally human to want to be a part of things and it’s universally human to feel a little ping when you are excluded. Gang, there is a reason the movie Mean Girls grossed $131,000,000 worldwide.

But what about being excluded at work?

Usually exclusion at work is just an unintentional oversight, and negative feelings caused by this exclusion are fleeting. But what about when it’s not oversight and it is intentional.  More importantly, what does it feel like when the person excluding you is your boss?

Guys, it’s ugly.  And in my opinion it’s another vile form of harassment.

I call this type of harassment, the corporate “freeze-out”.  This is one I’ve personally endured so these notes are from my perspective.

Typically one is frozen out when the boss:

Here are the classic signs of freeze-out:

But why is this harassment?  Isn’t this just bad leadership?  Well, that depends.  There are times when your boss really is just too busy and hasn’t the inclination or skill to manage their time.  This stinks in its own right, but it usually isn’t what I call harassing behavior.

What makes the freeze-out behavior harassment: Intent.  When a person with great authority intentionally freezes you out, you are being BULLIED.  I can not overemphasize this.  It is bullying behavior that can cause great mental anguish.  It is cruel, cowardly, and one of the greatest forms of manipulation.  What I’ve described (and endured) fits the very definition of a bully to a “t”.  Also, check out the synonyms!

Noun:  A person who uses strength or power to harm or intimidate those who are weaker.

Verb:  To use superior strength or influence to intimidate (someone), typically to force him or her to do what one wants.

When this happened to me, I tolerated the behavior for a long time.  Namely, since I didn’t want to believe it was intentional, I made excuses and tried to provide rationale to the situation.   Some of the stories I told myself:  “My boss is busy too!”; “I still have a job so nothing is wrong!”;  “I just got a raise! I guess I’m OK”; and the ever popular, “If the boss is not happy with my work — I’ll know”.

Well, I didn’t.  Because a boss that administers a freeze-out isn’t rational.  They are a coward and a bully.

But eventually one can’t ignore the pattern of bad-behavior and when you realize it is intentional, it is devastating. This is where real mental and physical strife begins.  Unfortunately, you have landed in the middle of the textbook definition of a hostile-work environment.

So, as a reminder, all harassment isn’t physical.  But the “mental harassment” associated with the classic “freeze-out” is clearly not OK.  One more time, if you are victim to a freeze-out:

In future posts I’ll discuss what to do if you are victim of a freeze-out, but for now, I’m just sharing the signs I’ve experienced. Once you’ve ID’d the pattern, you can stop the process of abuse and start to “thaw-out”.