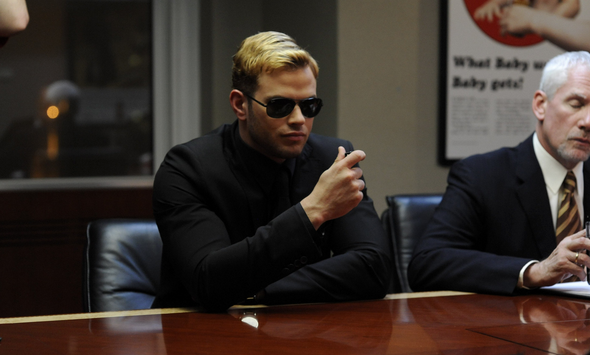 I couldn’t sleep the other night, probably because of the 14 Diet Dews I had throughout the day, but I had an Epiphany while staring at the ceiling in the dark.  I figured out a way for HR pros to find the smartest employee in their company!  It isn’t a complex algorithm or a set of cognitive assessment tests—it’s a simple matrix—but it’s very effective.  Now, you might be asking yourself:

“Why do I need to find the smartest employee in our company?”

Which would be legitimate. Unfortunately at 2 a.m., I didn’t ask myself that same question. I just thought I came up with some crazy Einstein type $h!t!  But, like most things I deal with, I can come up with a plausible argument to why it’s important to find the smartest people in your company.  My reasons:

1. Smart people have the potential to do smart things.  In an organization you want to make the right decisions. Dumb people usually don’t.

2. Smart people usually know other smart people. In an organization you want to get rid of your dumb people, and hire more smart people.

3. Smart people know the fakers.  Organizations make people-selection mistakes; it happens all the time, don’t be embarrassed—just don’t let one decision turn into another by keeping a mistake.  Smart people know your bad hiring mistakes, because they can read through the B.S.

Now for the Matrix!  Like I said, it’s simple, which is also why it’s genius, because anyone can do it.  It goes a little something like this (hit it!):

Second Step: Across the top of the matrix, list total compensation of each person to the corresponding column.  For the most part you should end up with a sheet that shows the most responsible person in your organization making the most money, and slowly but surely working your way down to the least responsible (least amount of money).

Third Step: The Smart Employee Search. Here’s where the rubber hits the road! Now, look at your matrix and find the highest paid employee, with the corresponding least amount of experience.  Boom! You just found your smartest employee.

I told you it was easy!  This person has figured out how to, relatively, make the most money by having virtually no responsibility. Say what you want, but that is one smart person!  You need to pull that person in and find out how to get them more engaged into your daily operations. Don’t take this as a joke! Dumb people don’t figure this out. You just don’t fall into a highly paid, low-to-no-responsibility job—you have to work to get there.

Don’t underestimate this person’s capabilities, because guess what—everyone else has!  That’s why you’re working your butt off until 6pm, and they’re out the door at 3pm going to their golf league, for about $4000 less than you make annually. They’re going home with no stress, while you’re on your 4th therapist this year.  They love coming to work and you have a hard time pulling yourself out of bed.

I love these employees! I try to hang with them… learn from them. I feel like I’m an anthropologist learning about a forgotten species. They intrigue me so. A word of caution, though—don’t try to capture and change these employees. Don’t try and be “smarter” than they are, and change their job or their scope or their pay.  Remember, they’re smarter than you. You’ll just frustrate yourself as they find another position. Doing even less for more!