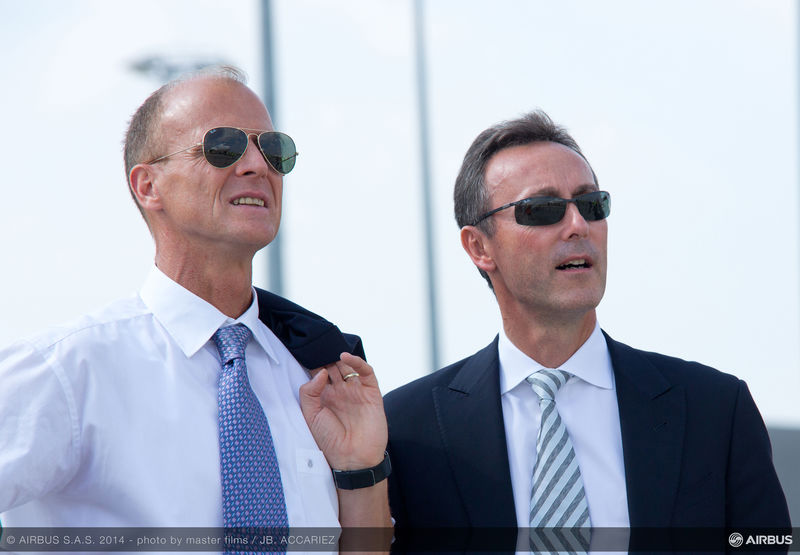 As a talent geek, I love it when succession planning rumors fly at big public companies.  CEO succession is the most complex, challenging work an HR pro can do, and it is fascinating to watch a company bungle it.

Thank you, Airbus, for providing us our case study for the day. We’ll let HR pros from across the country weigh in with their suggestion on how you should fix your mess. First, here’s the context about the Airbus leadership under fire as this crisis deepens:

Player # 1 …(Airbus CEO) Tom Enders is expected to give up on a third term for a mixture of personal reasons and a recognition that the board is looking for a fresh start to ease the chances of a settlement of corruption allegations… He recently won the board’s backing amid a flurry of negative press reports.

Player #2 That in turn has raised speculation whether his deputy and long-time internal rival Fabrice Bregier will ride out the storm and fulfill a long-held ambition to succeed Enders. Only a handful of people expect Bregier, who is in charge of delivering on a record order backlog that underpins the share price, to stay for long if it becomes clear he is no longer Enders’ automatic heir.

Public noise (Possible successor Bregier) …has been occasionally linked with energy firm Engie. But so far he has appeared strongly committed to Airbus …Bregier was still expected to succeed Enders. LA Tribune newspaper reported Bregier had agreed to leave in February next year, but …Bregier dismissed such speculation. “I am surprised by information reported by the press about my imminent departure,” Bregier said. “I only have one priority: to meet Airbus targets (including) the delivery of more than 700 aircraft this year.”

Festering animosity between Bregier and Enders boiled over earlier this year in a row over who should control the powerful jet sales department….The two are now locked in a battle for survival which could leave both of them vulnerable, insiders said. Both have told visitors they expect the other to go …their power battle intensifies. “The question is who goes and in what order…”

What an unholy, godawful mess. Corruption, festering, power, backstabbing…it’s compelling stuff.  Look, we know very little about what is going on there, but we can still have some fun with it.  So, HR Pro, what do you do? Pick one.

The company chose #4 for now. Check the quote.

A person close to (CEO) Enders denied speculation of a management crisis, adding “we are taking all the necessary decisions, the company is running well, we are active in the (aircraft) market and we are delivering on our targets.”

These are not the droids you are looking for. Move along.