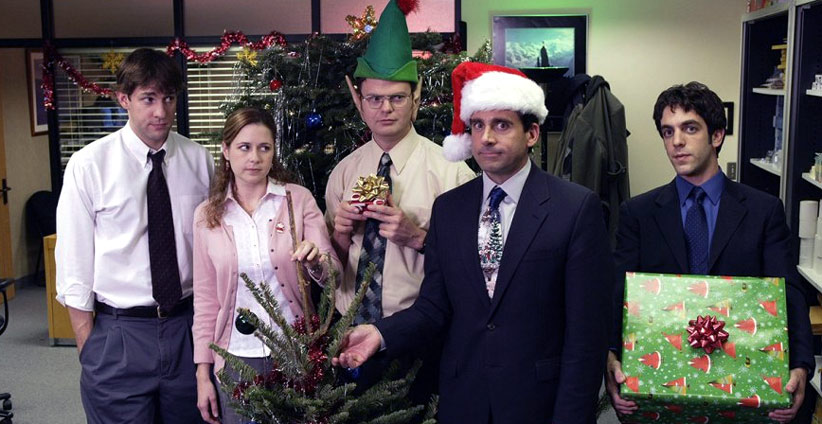 The headline on a story in this week’s Wall Street Journal said it all: Welcome to the Post-Weinstein Holiday Party.

What followed was 1,400 depressing words that basically said, without actually saying it, something that you probably already know — the company holiday party as we know it is officially dead and gone.

As The Boston Globe dryly noted, “This probably isn’t the year for mistletoe and an open bar.”

That may qualify as the understatement of the year. Anyone with half a brain knows that Christmas parties had been going this way for a long time, but it took the recent tsunami of sexual harassment scandals to finally do them in, once and for all.

This year, company parties are pretty much DOA

The WSJ story doesn’t actually come out and say that, of course, but the tenor and tone of the article makes it pretty clear that a great many companies are re-considering if it makes sense to hold alcohol fueled, out-of-the-office holiday parties that carry huge legal baggage with them when somebody’s behavior gets out of hand.

Here’s how The Journal gently put it:

To head off bad behavior this office-holiday-party season, scores of businesses are canceling open bars, abolishing hard liquor or forgoing dark nightclub settings for well-lit or family-friendly venues. Others … are sending employees blunt reminders of the kind of antics that could make them the subject of water-cooler gossip the next day — or worse.

The caution reflects the combustible mix that holiday work parties often bring together: alcohol plus colleagues dismissive or unsure of what work rules still apply at a celebration outside the office.”

Well, most people in your employ probably know what is acceptable at an office party, and what is not, but it’s not just alcohol and a loose libido that’s the cause of bad behavior at these get togethers — it’s human nature, and the fact that some people just don’t know how to flip their internal “off” switch.

The article also details all of the kinds of things beyond excessive alcohol consumption that might get people into trouble, “from kissing colleagues under mistletoe to over-the-line gyrating on the dance floor.” And, it tells a frightening story of the CEO of an HR services company (!!!!) that had a complaint lodged about him because he hugged a woman and other male and female associates at a holiday party “but didn’t hug every woman there. (The CEO) says the incident made him wonder ‘whether I should ever hug anybody at a holiday party again.’ ’’

A huge sea-change in attitude

This is beyond insane. Where does it say that a non-sexual hug of a female is only appropriate at an office party if you hug EVERY single woman there? A no-hugging rule would drive my friend and fellow FOTer Tim Sackett crazy, because he’s the most prolific workplace hugger I know.

Tim has some great, common sense rules for hugging, but I bet even he would be exasperated that people are now turning into the “hug police” at office parties.

Here’s how bad this has all gotten. According to The Boston Globe:

Less than half of companies surveyed by the outplacement consultancy Challenger, Gray & Christmas, Inc. are serving alcohol this year, down from nearly 62 percent last holiday season. Daytime and on-site parties are also on the rise, and 11 percent of employers are not having parties at all this year, the highest percentage since 2009, when companies were slashing their spending because of the recession.”

Those numbers reflect a huge sea-change in attitude, and my guess is that this is just the start, because as the WSJ article also points out:

Both lewd behavior and employees driving under the influence expose companies to potential liabilities at holiday parties, particularly where alcohol is served. Under the law, employers are just as responsible for preventing sexual harassment at work-related holiday parties as they are in the workplace, employment-law attorneys say.”

Can we have a little common sense here, please?

Yes, holiday parties can be challenging for companies to police, but they have always been problematic. Nothing has really changed, except that the sensitivity of companies everywhere is off the charts due to all the sexual harassment and bad behavior that we’re hearing about every day.

My friend Laurie Ruettimann had some great advice a few years back about why it’s OK to drink a little at holiday office parties, and it made a lot of sense then, as it does now:

If you are like the rest of the world … having a drink or two at an office party isn’t a big deal.

I’m not advocating for full-blown alcoholism, but mature adults are hired for their critical thinking skills, their ability to accomplish tasks, and because they can get the job done. Grown-ups can appreciate a lovely cocktail without barfing on the boss.

That’s the fun of being an adult.”

Those words make even more sense now than they did when Laurie wrote them five years ago. Mature adults we trust to work hard and act appropriately in the workplace SHOULD be able to get together for a holiday party that includes adult beverages without it turning into full on debauchery like something from the reign of Caligula.

In my career, some of the most memorable culture building efforts I’ve ever experienced came at office parties with adult beverages, and yes, we sometimes had people who overdid it.

In the end, nobody got sued or fired, but usually we were left with a great story and an unforgettable workplace function that people remembered for many years after.

Years from now, we’ll remember that 2017 was the year we decided adults couldn’t be held responsible and kissed all of that goodbye.

It’s a bad way to go, but may the holiday office party rest in peace. A great many of us won’t forget you.