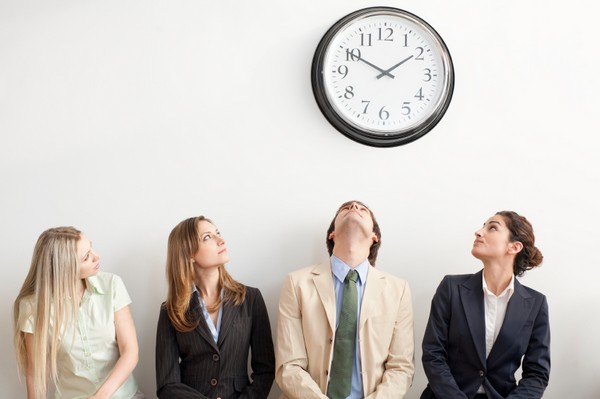 I have recruited and hired a lot of people over the years, more than I can count, but the one constant throughout the process is a simple question: Are we taking too long to hire?

Yes, I’ve been accused of that before, especially when I was recruiting journalists from the U.S. Mainland for a newspaper in Hawaii, a place that people suddenly got cold feet about when they had to seriously consider the ramifications of living and working there rather than just dropping in for a tropical vacation.

Corporate types 6,000 miles away never seemed to understand that.

I’ve also been accused of hiring too fast when it was clear that one of the very first candidates interviewed for a position was by far the best choice. Many people don’t believe that ever happens. Their view is that unless you’re interviewing lots of people and digging through an endless stack of resumes, then you’re not doing your job.

Recruiters who struggle with hiring managers who constantly want just a few more candidates, no matter how many great ones you’ve already sent over, can appreciate that.

A recipe for losing your best candidates

I bring this up because of an interesting survey from Robert Half, the staffing firm that specializes in accountants and financial professionals. It pops up in all sorts of Google searches and resonates because of its simple premise — Are You Taking Too Long to Hire?

As the Time to Hire survey points out:

Hiring is one of the most important decisions any organization makes. But stretching out the process can cause good companies to lose out on the best candidates.”

And what talent management professional hasn’t struggled with THAT?

The survey data does a good job of supporting the report’s basic premise:

In recruiting and hiring, how long is too long?

That last point is an important one, according to Paul McDonald, senior executive director of Robert Half:

The hiring process provides a window into the overall corporate culture. If people feel their career potential will be stifled by a slow-moving organization, they will take themselves out of the running.”

Of course, all of this discussion about taking too long to hire raises yet another question: What is the proper time frame to make a hiring decision, and what is considered “too long?” According to the survey:

These are pretty mind-boggling numbers when you consider that in 2017, the average hiring time (from start to finish of the interview process) was 23.8 days, according to a Glassdoor survey. And it was longer for some employment categories, with government hiring taking the longest at 53.8 days (no big surprise there).

Hiring remains one of the most critically important decisions a company makes, and, as the Robert Half survey analysis notes, “the risk of making a mistake causes some firms to draw out the process, adding days or weeks until a final decision is reached.”

But doing so often results in losing top candidates and starting the search over from scratch. “The key takeaway is for firms to tighten their timelines without skipping steps,” McDonald said.

Getting a message you didn’t mean to send

Here’s my take: Hiring is about getting the best people, yet at far too many companies, the internal systems for doing that get in the way of actually finding and landing them.

What the Robert Half Time to Hire survey reminds us of — again — is that candidates aren’t willing to endure a long wait for a company to make up their mind, and given that we’re in an economy with record-low unemployment (at least as measured by the flawed but familiar Bureau of Labor Statistics numbers), people have more job possibilities and options than they had even a year ago.

This video below, and that you can click to here, is an easy-to-understand explanation of why government unemployment statistics that get touted everywhere are so terribly wrong.

If you deal with talent acquisition in any way, you know this to be true: If you leave candidates hanging and don’t get back to them in a timely manner, you’ll not only hurt your ability to hire people now, but you’ll send a message about your organizational culture that can be terribly damaging long-term.

My experience is that candidates will stick with you as long as you’re regularly communicating and helping them to understand where you are in the hiring process — and where they stand as well.

I say this a lot, but it bears repeating: A new job and new company should be at it’s very best when you’re at the beginning of the relationship.

If it’s not great then, it probably never, ever will be.

If you leave would-be employees hanging when they’re talking with you about a job, don’t be surprised if they get a message that you never really intended to send.