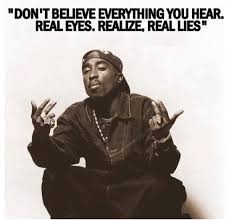 We have heard the saying a million times: “Don’t believe everything you read”. Or maybe it is “don’t believe everything you hear or see on TV”. In any event, written, verbal or visual, with the advent of social media and 24-hour cable news, we are bombarded with a smorgasbord of “news” on demand. And how do we know if we are getting the whole story or the true story. One can look at the last presidential election and the controversy over fake news on sites, including most notably Facebook, by all accounts one of the most visited and read websites in the world.

For me, the real conversation and issue is not so much fake news, but real news. It seems that every news outlet, regardless of their political affiliations, has taken to editorializing and spinning their position into their reporting. For me, news should come unfiltered, or as close to unfiltered as possible. I am not sure that is even possible anymore. Opinion and spin is part of every spec of media we consume today.

Take last week’s State of the Union speech by our president. Whether you like or hate him, some things he said resonated with independents and even a few Democrats. How do I know this? Well CNN conducted a poll with a 48% full approval rating. The issue is that they editorialized what it means. Now I don’t know about you, but I can make my own judgments of data. If 70% of the polled group partially or fully approved of his speech… well, that’s the number. 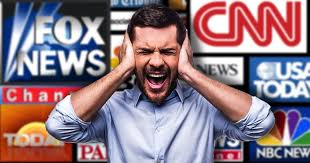 But then the fun starts—Fox spins it way right, MSNBC way left, and of course, CNN adds a banner on the bottom of the screen as they report the news stating, “Their reason why they believe the number was 48% approval”. I would say it was an editorial add-on.  Are we all that stupid?

The reporter, in many cases, has become as important as the story itself. We have all come to have our own favorite narrators of our daily information. I am as guilty as any of us. I like Anderson Cooper and Chris Cuomo on CNN. I also like Tucker Carlson on Fox (even though I don’t often agree with his viewpoints) and Bryant Gumball on HBO Real Sports. Except for Gumball, they each spin the news of the day in a certain direction. Sometimes my views are biased by their points of view. I also have my favorite bloggers and websites for HR and Talent information. I won’t mention any one person, however, I read my colleagues pieces religiously here and on the other sites I write for.

So, this leads me to HR news and social media specifically. For the most part, I believe that access to unbiased HR news is sorely lacking. There are certainly some great bloggers out there and I respect most of them for their viewpoints and brevity in discussing issues publicly. But let’s be honest, they are not HR news reporters. We, and they, are editorial writers at best and critics at worst. What they are though are folks who are at the front of the innovation curve. They see the trends or new software first and give us their often-unfiltered perspective. Without them, we would be in the dark ages of cutting-edge information or awareness of the next shift in how we do our work.

The few magazines out there in the field are either a year behind the curve of innovation or tainted by being the underdog desperately trying to find an audience. For the second group, they often put their editorial angle on the products too. Maybe it has something to do with advertising support and I factor that in as I peruse their articles.

For the few Talent and HR practitioners that are at the front of the curve, they typically rely on their own networks or a couple of sites that those in the know read regularly. For a few with the privilege of large budgets, or prestigious roles, there is access to the Mckinsey’s, Accenture’s and Gallup’s of the world doing some interesting stuff. However, most of us just can’t rely on having access to leading-edge organizations as our source for attaining new research or the latest and greatest new software offerings. As a profession, we are sorely lacking credible sources for unbiased news and timely news at that.

SHRM magazine and their website, along with World at Work, HR Executive magazine, and a few others make a noble attempt. But there is too long a lag time on the type of news we need to hear timely about our own profession. Maybe that is part of the function’s problem. Our knowledge or lack of it in a timely and relevant way….They are now relying on their social media too, to get the word out faster.

A handful of us currently relies on participating in talent oriented conferences and unconferences to keep up to date with trends and talk behind the scenes with insiders to get our news firsthand and play with the latest software. There are several this spring. I will be at SHRM’s Talent conference in Vegas, speaking and listening, along with a couple of my Fellow FOT writers. Workhuman is another one I highly recommend.

Some might argue that if we had more timely news, no one would consume it except for the folks reading here on FOT. I just don’t buy it!… I am open to hearing suggestions on how to move the bar… if you have one give me a howler… ’til then I am turning the volume down and just taking in the data points. I can do my own editorializing too.