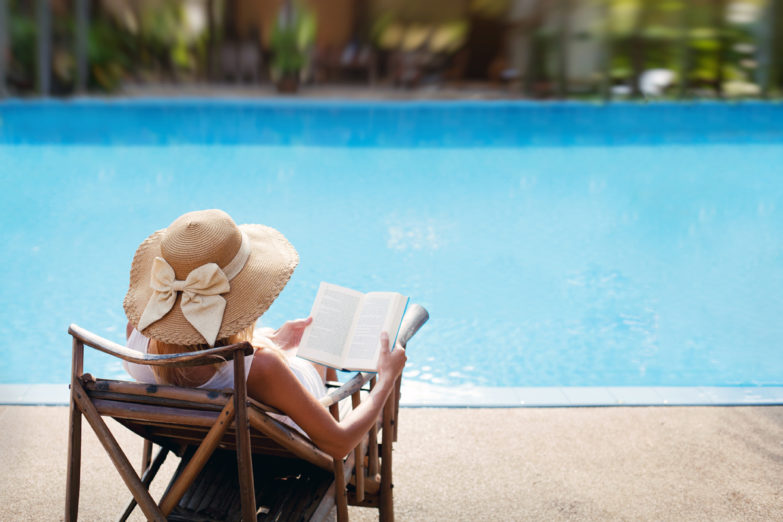 I love it when a long-time workplace practice gets re-defined by some silly new terminology.

Yes, I was excited when I discovered what The New York Times is now calling that time you get off in-between jobs.

Although I have a lot of problems with America’s Newspaper of Record – it’s gotta be exhausting constantly trying to find new ways to write how the sky is falling because of Trump – they published an interesting story this week about how it’s good for people to take time off after leaving a job to recharge the batteries before jumping into the new one.

I’m somewhat of an expert on this because it’s something I have tried to do, and failed at, many times. Maybe it would have helped if I knew to call it what the NYT does – a “Jobbymoon.”

A way to “exorcise the vestiges of the last job”

Beneath the silly Monty Pythonesque name is a solid notion: that having time off to shake away the old job before starting the new one is a good personal workplace practice.

Here’s how the newspaper describes it:

“Honeymoons and babymoons are both culturally anointed trips timed to big life events. But there’s no common name for the trip that follows another milestone: switching jobs. Although these “jobbymoons” (as we might call them) vary, based on employment circumstances, budget and personal passions, they often share one objective: to exorcise the vestiges of the last job before starting the next one.”

The story goes on to make the point – and it’s a good one – that it’s valuable for those who have secured their next job  to have the opportunity to disconnect before engaging in the next one. When you’re between jobs, you have nothing on your plate to distract you or worry about, so you get the maximum benefit out of the down time.

I wish I could say I know how that feels, but I can’t. That’s because in the nearly 10 occasions I’ve tried to take a “jobbymoon” before starting a new job, I’ve fallen prey to something that’s pretty common – the guilt trip laid on you by your new employer who wants you to get started because they need you “right now!”

Who knew you were that important? And, who doesn’t want to start off on the right foot with the new job? That’s the leverage your new employer has, and take it from me, new employers love to employ it in all sorts of subtle and not-so-subtle ways.

A “jobbymoon” I wish I would have taken

The worst for me was one time when I wrapped up my old job on a Friday and had my new employer tell me that I just had to start work the very next Monday. They were having an off-site sales meeting I just HAD to attend even though my job had nothing to so with sales.

I tried to rationalize it in my head:

Well, those all sound like good reasons, but sometimes, they come with a good dose of reality.

That came for me when I found out that the multi-day, off-site sales meeting with being held in a rented house… and I would be expected to stay there with another new hire who was coming in from out of town. The problem with that is that you never get ANY downtime because you’re stuck where the meeting is being held 24/7.

But that wasn’t the worst of it.

I have attended many off-site meetings during my career and I know how they go. I thought I had seen everything and anything that could happen at one, but boy, was I was wrong.

In the middle of the sales meeting, after a particularly difficult group discussion, the CEO walked one of the newer salespeople out to the back patio. In full view of everyone, as the distraught lady cried, he fired her.

So much for thinking I had seen everything.

Now, I had been to sales meetings where someone’s performance at the meeting got them fired at a later date, but never, ever had I been to one where someone got canned on the spot while everyone else watched the drama unfold. As you might imagine, it changed the tenor and tone of the meeting for all of us who were there.

It also made me ask myself – “I gave up my vacation and started my new job early, for this?” At the time, it struck me that this was bad karma, a bad omen, and just a terribly bad way to start a new job.

Well, it was all of that and more. As it turned out, the job never panned out and I was out of there in six months, by far the shortest stint in a job I have ever had in my long career.

Lord, I wish I had held fast, resisted the CEO’s prodding, and taken my “jobbymoon” instead. I could have done without someone losing their job like so many lost their heads during the French Revolution – publicly as a crowd of others watched it all unfold.

Best to get a little workplace R&R

The New York Times story, although it tackles an interesting topic, doesn’t do much to get into the many psychological reasons why taking time off between jobs a whole lot of sense. The closest it gets is a quote from a marketing and PR guy taking time off between jobs who says, “You’re starting down a new path; you want to mark the occasion, celebrate it and prepare yourself.”

I say “amen” to that. My advice is to resist the urge to jump in and get started on the new job right away. I’ve been there, done that, and can’t see any long term benefit that I ever got from denying myself a little workplace R&R before jumping into the fire again.

My advice is to take your “jobbymoon,” or whatever you call the time off between jobs, and don’t look back. Resist the urge to jump into the new position right away because if the new job is really a good one, it will hold until you arrive.

Take care of  yourself first.  Your karma will thank you.