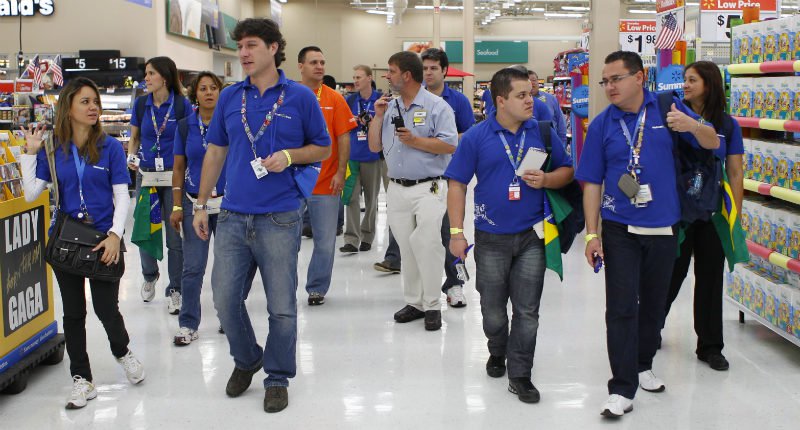 If you follow this space, you’ll know I think the following about Tuition Aid as a benefit:

1–It’s one of the most powerful benefits you can provide.

2–It will never cost you as much as you think it will because it is incredibly hard to use. People have families, people have lives once they get above the traditional age of a college student.  Going back to school while working full time takes an incredible amount of focus, grit and discipline for those without kids – and even more for those with youngsters.

So when you put Tuition Aid on the company brochure, you get a tremendous amount of credit without the spend some would expect it costs you.

A recent trend we’ve seen is the corporation stepping in to develop deeper relationships with universities related to Tuition Aid.  Starbucks famously did this in 2015 by creating a deep, singular relationship with Arizona State to help its associates pursue undergraduate degrees.  At the time, Starbucks said that it believed it would spend $250 million across 25,000 employees on this education benefit by the year 2025.

You might expect that type of benefit from Starbucks.  Would you expect an even richer benefit from Walmart?  Most of you would say no, right?

Surprise!  Walmart, the nation’s biggest private employer, announced last Wednesday morning at the start of its annual shareholders meeting in Bentonville, Arkansas that it will begin subsidizing the cost of higher education for its employees who’ve yet to earn a college degree. Starting Wednesday, they will be able to enroll and study at either the University of Florida, Brandman University or Bellevue University.  Details below:

Employees will contribute $1 per day, for 365 days every year, toward their education, so long as they’re enrolled. Walmart will cover the rest of the tab. Workers will be able to choose from the three nonprofit schools and have the option of taking classes online with the flexibility to study during the evenings or on weekends.

Currently, Walmart helps workers complete their high school education and take the GED. With the new program, they will be able to obtain an associate’s or bachelor’s degree in either business or supply chain management (with more degree options expected to be added over time). And unlike some other programs, Walmart hasn’t set a minimum GPA requirement, so long as employees pass their courses.

Critics will say that the degrees are too limited, but let’s think about that.  By creating this program, Walmart has given a degree to the masses (business degree, highly portable out of Walmart, btw) and helped itself (supply chain degree, I’m sure a spot of recruiting pain).  In any case, Walmart has helped itself and its employees with the program.

I love the trend of big corporations teaming with non-profit, well known institutions for these types of degree programs.  Think about it – the University of Florida is now a school that many smart kids in Florida can’t get into due to admissions competition – now you can work at Walmart and gain a degree from that real world, well-known institution?   Madness, but good madness – and indicative of a trend as big corporations approach well known universities to develop something unique and unheard of.

Imagine the parent in Florida who’s kid has a 26 ACT and a 3.7 GPA and can’t get into to Florida.  That person walking the aisles in a Walmart vest when they slum and just can’t make it to Publix to shop?

You guessed it. Florida undergrad.

Sometimes change in this world creates opportunities for what some would consider the underclass.

The critics will wax poetic about Walmart wages, etc.  Don’t be fooled – Walmart has created a benefit for the most motivated in their workforce to improve themselves – and also those who hold similar motivations that will join the company shortly with the express purpose of the using the benefit.

Well done, Walmart.  It’s not perfect, but the upside is there for anyone who wants to display the focus, grit and determination necessary to go back and get a degree – while working full time.

It’s not easy. But for the folks who see the game beyond the electronics department, it’s enough.  And those folks will win.