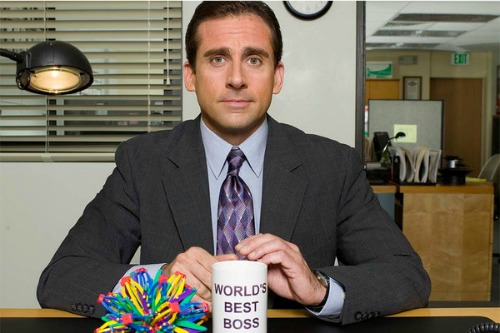 I’d love to say that I have had the luxury of only working with great CEO’s in my career, but that would be a lie.   I often see the worst of companies, being brought in when things are broken – a company isn’t growing as investors want, sales are flat, technology out of date, clients are unhappy and hiring & retaining top talent seems impossible.

Often, poor business results are because of bad decisions made by CEOs because of ego, loyalty or ignorance.   In large companies – the downfall of a single executive can tarnish a brand, cost investors millions and cause hundreds or even thousands of employees their jobs.

(Luckily, HR put together a fancy new employment brand campaign and do some “culture training” and clean up the mess, right?)

Here is my take on the 5 Worst Types of CEO

I hate to tell you this, but if you see one of these characteristics in your CEO, there are likely 1-2 more, and once you see it, you can’t unsee it.   Since we are just lowly consultants and workers, it is essential to remember when you work with these types of personalities – you can’t change them or their leadership style, so you have to decide for yourself how well you can play politics without going crazy and if the job, company and résumé addition is worth it.

If you are interviewing and you see this, at a minimum, ask for more money than you wanted to put up with the BS.

The access of our CEO’s to be jerks or worse, racists, on Twitter; send inappropriate pictures on Snapchat; get filmed acting a fool in public and reviewed openly by employees on sites like Glassdoor has changed the impact a CEO can have on everything from people to profits.  Nothing is hidden anymore, everything will come out eventually and companies are paying millions in severance and hush money to try to keep things hidden.

For HR leaders, these types of CEOs presents a unique set of personal challenges – where your loyalty sits,  your ethical boundaries, your personal values’ impact on your professional role and for the first time – your legal responsibilities before you become part of the story (and lawsuit).   People are tired of putting up with HR covering up and overlooking things to protect the C-suite instead of the workers.

For longer than she would like to admit, Sarah Brennan has been a recognized HCM industry analyst and advisor focused on improving the impact of technology on people, business and the future of work. She has been named a top global influencer by more than 50 publications and shared her random insights on people and technology at speaking engagements around the world. After a few years as a corporate talent leader, and a few more in the C-suite of software companies, Sarah founded Accelir where she partners with B2B and HR technology vendors and investors as an advisor, strategist and in engagements focused on growth, product roadmap & market education/evangelism so you (hopefully) don’t have to hate your software one day. She also works with a executives and corporate HR teams enhancing talent attraction & retention strategies. But all of this work is really just a front to fund her early retirement on a lake somewhere, save for her kids college and pay for the way to frequent family trips to Disney, Europe, Colorado and anywhere else with great food.