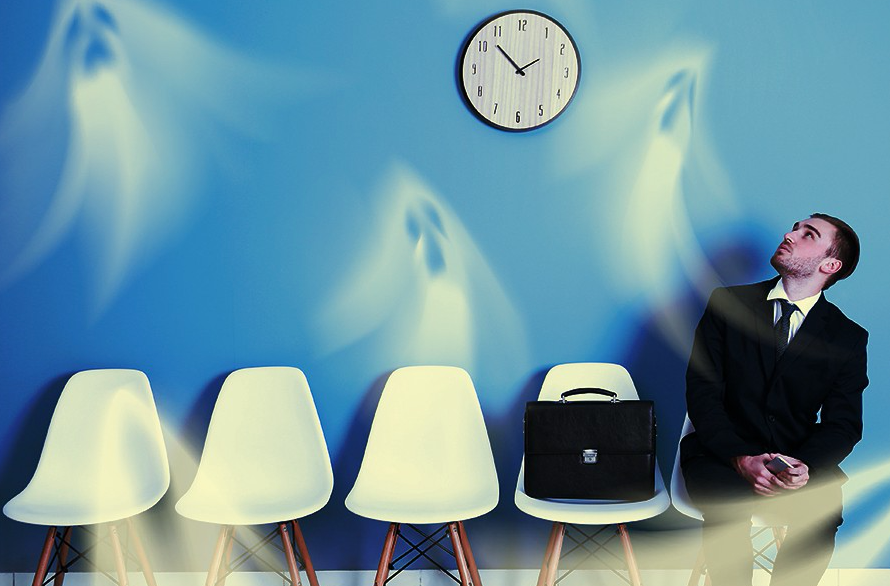 Here’s a hiring trend we could live without – job candidates who are “ghosting” (aka, blowing off ) scheduled job interviews, or, failing to show up to work for new positions they had accepted.

Last week, USA Today published a story that indicated that this new phenomenon was due to the strength of the job market and our near-record low unemployment. “In the hottest job market in decades,” the newspaper observed, “workers are holding all the cards. And they’re starting to play dirty.”

Well, count me as someone who doesn’t believe the job market is as great as everybody thinks it is, or that very many job seekers feel they “hold all the cards.” That’s nothing but pure, unadulterated hooey in my book.

But, the story does raise all sorts of interesting issues.

Here’s how USA Today described it:

“A growing number are ‘ghosting’ their jobs: blowing off scheduled job interviews, accepting offers but not showing up the first day and even vanishing from existing positions – all without giving notice.

While skipping out on appointments and work has always happened on occasion, the behavior is ‘starting to feel like a commonplace’ occurrence, says Chip Cutter, editor-at-large at LinkedIn, the job and social networking site, who has studied hiring practices.

While no one formally tracks such antics, many businesses report that 20 to 50 percent of job applicants and workers are pulling no-shows in some form, forcing many firms to modify their hiring practices.”

There’s another perspective on this as well.

Yeah, being rude and unprofessional is not a good look. It’s also not a smart way to land a new job or accomplish much of anything else, but there is a very simple reason for all this “ghosting,” if that’s what’s really happening.

If there’s a lot of “ghosting” of employers going on, there’s a simple reason for it, and it’s because candidates have figured out that if recruiters and hiring managers can blow off/fail to respond/ignore job seekers, well, the job seekers can damn well do it too.

I’ve written about this a lot — check out “The Good, the Bad, and the Ugly of the Candidate Experience” and “Is Your Candidate Experience Also Driving Great Candidates Away?“ — where I made the point that everyone who recruits or hires should have to be a job candidate sometime because too many of them seem to have forgotten what it’s like to be on the other side of the interview table.

If “ghosting” is really that big of a problem, that may be the reason why.

Companies love to talk a lot about wanting a great candidate experience, but I’ve applied for more than 100 jobs over the last year and the candidate experience I’ve had has been universally crappy. Even getting a “We’ve selected someone else, but thanks for applying” email seems to be beyond the reach of far too many organizations, and if you spend much time reading the comments people post on LinkedIn, you’ll see that there are lots of others who feel that way too.

Gerry Crispin, Kevin Grossman and the good people over at The Talent Board track the state of the employee experience, and although I’m sure they’ve gotten some organizations to do better at it, there’s still far too many who need to walk the talk.

The most recent numbers I have from The Talent Board report that when it comes to employers responding to job candidates:

Time for employers to get serious

With numbers like that, no wonder so many more candidates are “ghosting” interviews and blowing off companies that have hired them.

In that context, the upsurge in “ghosting” isn’t surprising at all, but … it’s a terribly bad idea and a pretty horrible habit to get into.

And as we’re learning from so much of the bad behavior going on at a national level right now, responding in kind to a slight or someone else’s bad behavior doesn’t do much to fix the problem. It’s a quid pro quo response where neither side gets anything positive out of the deal.

Yes, “ghosting” recruiters and hiring managers is a really bad idea, but I understand the thinking behind it.

Still, the big question is this: How long will employers put up with candidates wasting their time by blowing them off before they decide to get serious and really start to do something about it? In other words, when will they start to walk the talk about improving their candidate experience?

I’d ask Gerry Crispin about it, but I think I already know what he’ll say.