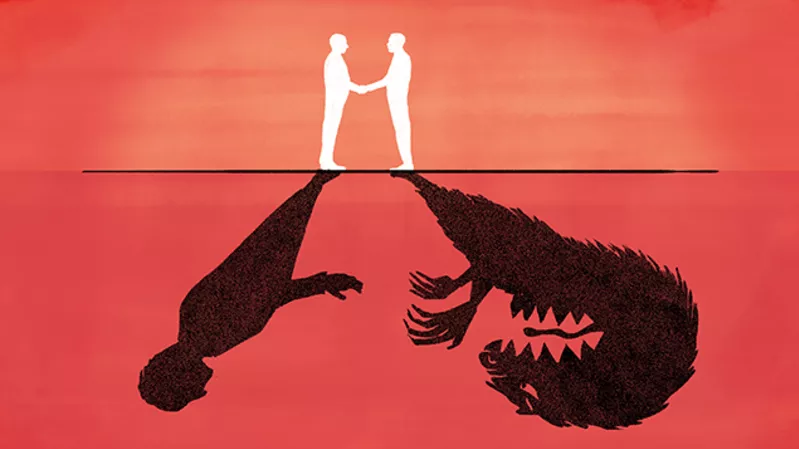 Although it pains me to say it, I’m somewhat of an expert on passive-aggressive behavior.

The good people at Wikipedia describe passive-aggressive behavior as follows:

The indirect expression of hostility, such as through procrastination, stubbornness, sullen behavior, or deliberate or repeated failure to accomplish requested tasks for which one is (often explicitly) responsible.

That’s a good definition, but Urban Dictionary gets more to the point:

The act of doing something specifically to piss someone off, but with the cover of “I didn’t realize it would bother you.“

Yes, passive-aggressive behavior is simply “sugar-coated hostility,” as one expert put it, and I know a lot about it for two reasons:

The idea that Hawaii is a passive-aggressive place doesn’t compute for most people because most people only know Hawaii as a vacation place for fun in the sun while chugging Mai-Tais. But people in the Aloha State have spent a great many years putting up with outsiders who came in and started ordering the locals around. It fostered an environment where passive-aggressive behavior thrives.

I also have an extended family member who somehow seems to inject passive-aggressive behavior into every conversation or interaction, no matter how petty. This person turns the simplest inquiry into a game of 20 questions, and you never, ever get a straight or honest answer from them on anything, no matter how small or insignificant.

Passive-aggressive behavior has been on my mind because I have dealt with it a lot in the workforce — I was executive editor of a large newspaper in Hawaii where I struggled with it daily — and because I came across an article titled This Is How To Win With Passive-Aggressive People: 5 Proven Secrets on the aptly named “Barking Up the Wrong Tree” blog.

It’s a topic worthy of some great insight, but the blog post was a classic case of a headline that pulls you in only to then leave you terribly disappointed by the idiotic “tips” it serves up on how to deal with passive-aggressive behavior.

Here they are, all five of them. See what you think:

These are so vague as to be useless, and they certainly won’t help you to deal with any passive-aggressive people you’re struggling to manage in your workplace.

Here’s my 2 cents: You deal with passive-aggressive employees the way you deal with terribly behaved children — you call them out, sit them down, and confront their passive-aggressive behavior head-on. You tell them why it doesn’t work in your organization, and you detail for them the consequences of continuing to operate like that.

Sound too confrontational? Perhaps, but I’ve found that if you are too subtle with passive-aggressive people, it only encourages them to continue with their shenanigans. If you don’t confront the behavior head on and read them the riot act about what will happen if it doesn’t stop, you’ll never get it to end.

Plus, confronting the problem directly will get back to other employees who have had the misfortune of dealing with Mr. or Ms. Passive-Aggressive too, and it will boost their morale and confidence in management that you were willing to do the tough stuff and tackle a problem like this directly.

Too many managers want to avoid doing the tough stuff, and in my experience, it’s the ability to sit down and handle the hard things that separate real managers from the wanna be’s — sort of like how real bloggers offer up specific and actionable advice rather than vague bullet points and platitudes that leave you “Barking Up the Wrong Tree.”

Whether it be sitting down and letting someone go, or challenging an employee’s passive-aggressive behavior, any manager worth their salt knows that being able to do the tough stuff defines who you are as a manager, and lets everyone else who works for you know that you won’t shirk your responsibilities and avoid the things that are hard to do.

It’s not easy being a manager, and good managers are always willing to take on the tough stuff. That’s what managers are there for.

Keep that in mind the next time you have someone get passive-aggressive with you.