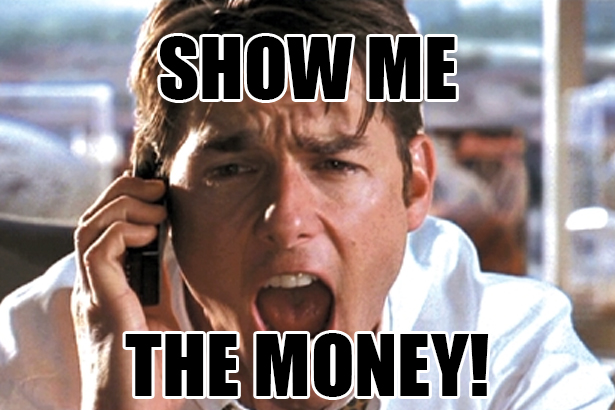 Last week The Wall Street Journal reported a 17-year high for folks leaving their roles to take new positions this year. This comes with reports of 30 percent plus increases for those in executive and management level roles. The average annual increase for employees this past year across all organizations in the USA is under 4 %, with promotions less than 15 %. So, what are businesses doing about this?

I’m not sure that they are doing much, and defensive responses are not a solution – many HR and talent executives get their back up when confronted with issues like raises and promotional pay increases. We already know all of the excuses and the different “my hands are tied” responses, so I won’t bore you with them. The data actually suggests that you will do better if you leave for a lateral role vs. staying in your current one for a promotion.

One major argument is that it is not really about the money when folks leave.

Here are a few quips on this:

LeBron James’ new LA Lakers contract will make him the best-paid NBA player — ever.  Except he cited schools and environment motivated one of his top three reasons for moving for his family.

John Tavares, one of professional hockey’s top stars this past decade, passed on an eight-year – $90 million contract with his current team, the NY Islanders so that he could play in Toronto, his hometown, for the next seven years. He ended up taking less money.

Billy Joel, the “Piano Man,” has skipped major tours with lucrative payouts, to stay near his home and family. He plays a monthly show at Madison Square Garden instead.

Now I don’t feel sorry for any of these folks, and they all make enough that a few extra bucks won’t make a significant difference in their decisions of where or when to play – however, there is certainly a demarcation point where money is not the primary motivator.

Yes, in general, I know the research says that too…and it’s not when you hit seven figures. Family and life balances are real factors and now that stars are making decisions based on family first, we may see more of this in the future too.

So then why is The Wall Street Journal report so important for the talent community?

Well, I believe that companies have their compensation models all wrong. But we finally may be at a time when they have to address it, much like they are dealing with a failing performance management process. I also believe that these same folks leaving their current roles would move for 20 % or even 15 % increases. While every percentage point counts externally, the real issue is the internal motivation (where is Paul Herbert when you need a little extra on this?).

This issue of internal compensation reward systems has been going on for longer than I have been working (and that is over three decades for those keeping score). We may finally be hitting a time when businesses will start paying folks more money and recruiting in a way that encourages them to stay, well before the threat of them leaving.

We also may see a different approach to flexibility in every aspect of work. Again, we have talked about this ad nauseam for years. We have also seen many approaches to handling this from ‘ROWE” (remember the HR folks at Best Buy), to every type of employee flexibility program imaginable.

My simple program is this: Pay middle to near top of market value, give people breathing room and flexibility to get their work done, show dignity and respect, listen, and finally, reward accomplishments generously. You can then fill in the rest of the blanks. Just don’t make it a 3.2 % increase for a very good performance review.