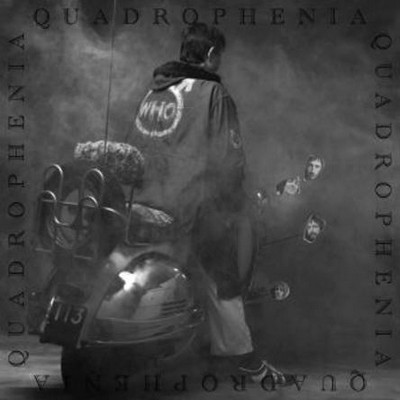 One of my favorite songs on The Who’s magnificent rock opus Quadrophenia is The Real Me. It asks the question “Can you see the real me?” over and over as the central character, Jimmy, asks his doctor and others for clarity about his issues. Well, HR has some new issues to contend with too. Can HR bring their true selves to work each day?

Over the past few weeks I have bumped up against balancing being my “true self” and playing Switzerland on several issues. I had strong reaction to one of my tweets and a blog post from folks who I have known for a long time, with some tough responses. Not everyone agrees with my viewpoints. It seems that my politics and beliefs caused a bit of a stir.

In addition, many of the SHRM bloggers from this past year’s SHRM Annual Conference got into a tailspin over SHRM CEO Johnny Taylor in a photo op at the White House with President Trump. The bloggers’ political views were on full display on both Facebook and Twitter for several days. Having SHRM’s CEO shaking hands with Trump was enough to cause quite a stir. It was a soundbite that, in fairness, was not related directly to Johnny’s political views or more importantly SHRM’s – at least, I don’t believe so currently (Although this seems to be up for debate). However, Johnny is the face of HR and many of us, myself included, drew conclusions from that single photo and tweet and voiced it publicly. Just being in a photo was enough to light a fuse. The context, and positive outcome of his appearance, was lost in a single picture. 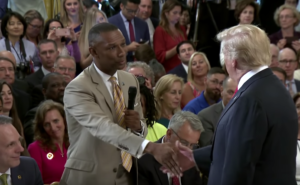 It was a flash point for the HR community as those with a voice used it. But aren’t we supposed to be open to all viewpoints and respect them? And what about us as individuals? Can we openly express our views without retribution?

This brings to light my discussion for today. Can HR bring their true selves to work? Especially in a world of social media transparency.

This occurrence reminded me of my initial involvement in blogging from 2007-2012, when I was asked several times by executive management at two different organizations to stop blogging. The concern was that I would slip and mention a name or situation that may be litigated down the road. In fairness, I did understand their concerns, and for brief periods of time I backed off blogging and for the most part all social media. I was sitting on executive committees at both organizations, and my word was considered representative of the senior management team to the entire organization. It was when my former CEO at Marcum started blogging weekly in 2013 that I knew I could get back on the saddle, which I did!

But five years later the world, especially the world of social media, has changed dramatically. Tweeting and exchanging messages on Facebook and LinkedIn are as common as a cup of coffee in the morning. The president of the United States tweets daily and doesn’t hold back his personal views. He also creates controversy and chaos by doing so.

So, the dilemma for HR folks at all levels is this. If you bring your true self to work or expose it outside of work, will it have damaging consequences?

I used to say to my teams all the time that there are two areas HR folks need to stay clear of in discussing with staff: politics and religion. I would go on to recite that every major war in history had some relationship to one, or both. But, in today’s world of instant news and coverage of every sniffle by members of Congress, the President, and his staff; and anything buzzworthy at the state and local level, we can’t avoid politics or religion.

I have had some HR colleagues share they have had employee relations issues where a supervisor has a different political viewpoint than staff and it has impacted work. I bet many reading this have too.

So, what should you do? We have had other discussions over the years about staying in the closet. Hopefully most are past that now. The latest “closet” may be the only safe place for the HR team to convene in. What if you voice your opinion outside of work on social media and your senior management team sees the world differently, or your colleagues, or staff? If you’re pro-choice  and your staff is pro-life, or you have strong beliefs about immigration (either side of the issue). This is not the proverbial “Is it ok to put up a Christmas tree in the lobby?” discussion. In the new world can you bite your lip or stay neutral when ICE agents show up at your workplace to drag a few employees off your premises?

We have spent the last 20 years discussing DIVERSITY and spending billions on it with training. Now, as a function, we are confronted with the dilemma of handling our own personal views and deciding whether we must restrain ourselves from expressing them publicly.

Many would suggest keeping your head down and avoid sharing any personal views, much like my dilemma with blogging a few years ago. I’m not sure if that is sustainable anymore. And if we preach bringing our whole self to work, how can we participate given our roles in our organizations?

Today I asked a lot of questions and to be honest don’t have a lot of answers. This will need some work from all of us.

As a side note, Quadrophenia is a double album by the rock band THE WHO that is often overlooked for listening in favor of “Tommy” and “Who’s Next”, but in my humble opinion is one of the musical masterpieces of the 20th century. I saw them perform it  live at Madison Square Garden with the release of the Quadrophenia movie over three decades ago… the best concert I ever attended… Just sayin…