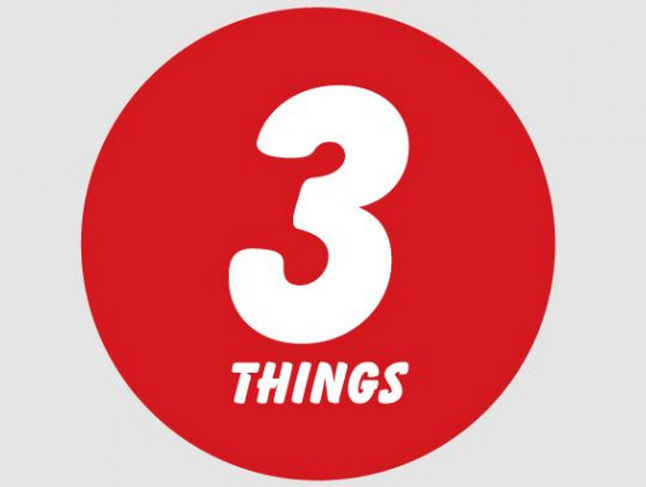 Don’t ask me how this idea came up.

You know there is that awkward time right at the end of an interview when you know the interview is done, you’ve asked all of your questions, but one more thing still needs to be said from each party. It could be as easy as a “Thank you for interviewing,” but many times it’s not. It gets weird. It’s one of those times in life when you’re not sure quite what to say, and something stupid comes out.

HR and talent pros are probably a little better at this. We’ve had more time in the interview trenches. But, our hiring managers, many of whom rarely interview, struggle with this closing. Which causes some uncomfortable moments. I think I’ve come up with the 3 things you never want to hear at the end of an interview from the interviewer.  Here they are:

2. “Can I give you some advice?” Uh-oh!  This only spells one thing—you’re not getting this job. When an interviewer says this, they think they’re helping you out. All you hear is, “Crap, I really bombed!”  The advice is usually something like, “You should really concentrate on finding something you’re passionate about…” or “Have you ever thought of doing something not remotely what you’re interviewing for?” Any way you run this scenario, it’s not good for you getting the job!

3. “We still have a number of interviews to go through.”  This is blow-off number one for most hiring managers. If they like you, they immediately begin to recruit you. They would never end with a statement like this. They would say things like “We’ll be getting back with you,” or “You did great—can’t wait to talk further,” or “I’m really glad we got a chance to meet!”  No hiring manager ever ends an interview with someone they like by offering, “We’ve still got some more interviews to go through!”

What can you do about this if it happens to you?

I would turn the tables. Number 1, let’s face it, has no response worth giving that doesn’t include you punching the person and leaving immediately. Numbers 2 and 3 both can be saved. If a hiring manager asks you “Can I give you some advice?” you need to take it. But you also need to respond, and you need to respond with passion. “You’re right, I might not be your perfect fit, but I will knock this out of the park if given the chance!” It’s your only chance.

If they respond with “We still have a number of interviews to go through,” you have to realize one thing—you’re not getting the job.  Thus, your response can be a little more aggressive, like, “What is it that I don’t have that makes you not want to hire me on the spot?” What!? That will throw them back, but it keeps the conversation going, and lets you at least respond. They still probably won’t hire you, but a select few will! That’s the save you’re going for!