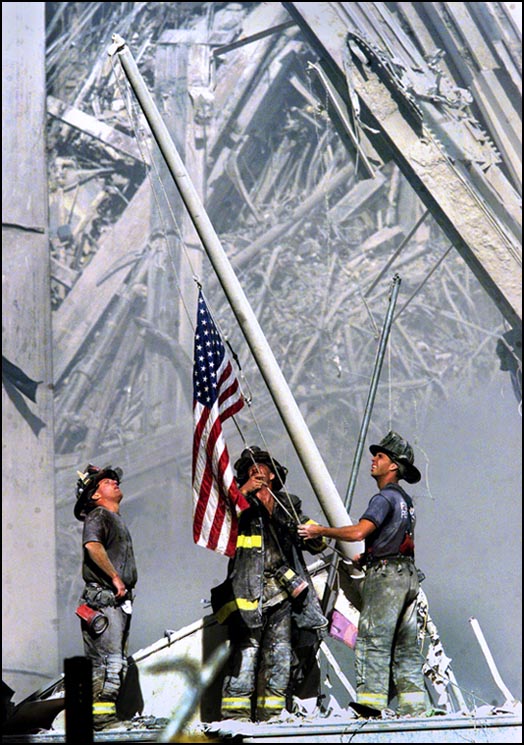 What do you remember most about 9/11?  It’s perhaps the most memorable day in our generation’s history. I suspect it will be mine.

I was working for an agricultural cooperative and I was responsible for a team of 430 men and women who sold agricultural input products to farmers. We were in the middle of our three-day annual conference being held in Sioux Falls, South Dakota and I had just finished introducing our first speaker of the morning. Heading down the hall outside the large convention room where my team assembled I saw a banquet setup worker scurrying my way. He abruptly stated that they were putting three TVs in the small room across from where our conference was being held and that they should be ready to watch in the next ten minutes.

He told me that a plane had been flown into one of the World Trade Center towers. “A commercial plane, a personal plane or what?” I responded to which he replied, “I’m not sure but they think it’s a terrorist attack.”

I had never before heard that term and I didn’t really know what it meant.

I wasn’t prepared for what I would watch on those three televisions over the next thirty minutes, and I was terribly unprepared to deliver the news to my team of 400+ people who were across the hall. I can’t recall who was speaking or what they were speaking about. It doesn’t matter. Everything except what was happening on the East Coast had become trivial.

The gravity of what was unfolding on this day can never be over-stated.

I recall standing on that makeshift stage attempting to explain to people what was happening outside our large conference room, and looking out over the crowd. They didn’t understand it any more than I did. A terrorist attack? What the hell is that?  Using planes as weapons, in our country?  They seemed to be waiting for the punchline to a sick joke.

Once I had finished sharing the news that was unfolding and that we would be taking a one-hour recess for everyone to better understand what was going on and contact their loved ones, one person seated near the front of the room shot out of his chair and ran past his colleagues out the back of the room. I’ll never forget his name. I would learn later that he was from New York (even though he worked in Illinois) and that he had a brother and sister working in the World Trade Center towers.

Suddenly everyone who I thought of as an employee had instantly become a father, a mother, a son, a daughter, a niece, a nephew, a cousin or a close friend.  On this day and at this moment, the events of 9/11 instantly bonded us all. We were all Americans.  It didn’t matter where you came from, where you lived, how old you were or what you did for a living.  And it didn’t matter that we were in Sioux Falls, South Dakota. We were glued to the television for reports of what was happening on the East Coast and were willing to do ANYTHING to help. ANYTHING.

What happened that day forever changed the world we live in. Not just here in America, but everywhere, and it changed something in the hearts of every person who experienced it.

I remember how unified my team became. Not unified around a mission statement or business purpose – unified around a catastrophe, unified around helping others.  The strength that emerged from that unity was stronger than anything I had ever experienced, before or after.

Today I remember fondly the good that emerged from the rubble of the World Trade Center towers, and the other horrific events of 9/11 where 3,000 people lost their lives – the immeasurable strength and goodness of people.