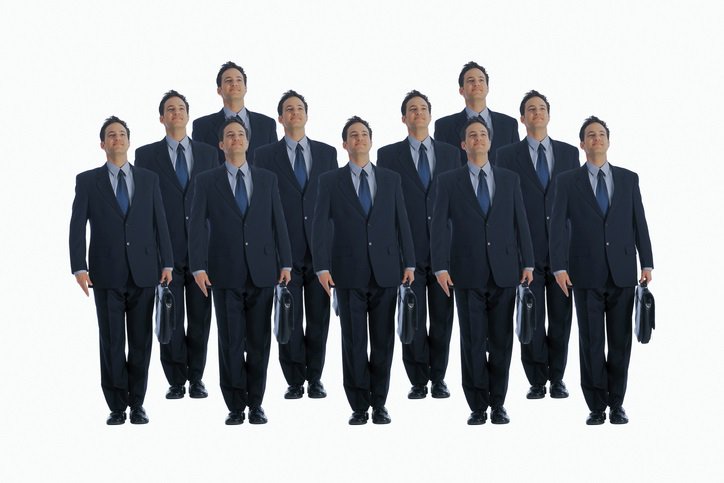 It’s not lost on me that I’m uber-lucky to be a white male born in and living in the greatest country in the world.

The land of opportunity, especially for me. Privilege and opportunity that others who work here or in other countries around the world will spend their entire lives in hopes of getting.  And which some, regardless of their efforts, will never achieve. Such privilege was handed down to me, plain and simple. For that, I’m very grateful.

But I’m disappointed too.

Disappointed (and motivated to change) that because the same opportunity doesn’t exist for all, we are missing out on a HUGE OPPORTUNITY. The opportunity to fully engage and utilize the skills and talents of our entire population. If you’re both not white and not male, the path for you is much, much harder – and that just shouldn’t be the case.

Hence, I have a strong passion and desire to do whatever I can to help extend the same opportunities I have had to everyone who is blessed and fortunate enough to call the United States of America home. As an HR professional, that means supporting diversity and inclusion efforts where I work and supporting them in the community in which I live.

You see, I have a unique perspective on this topic, and it’s not just because I’m a white guy.

I’ve worked in the field of HR for almost 30 years, virtually all of my working life. Now I know I’m not telling you something you don’t already know, but HR is a female-dominated profession and has been since its beginnings. Because HR or personnel was originally born from lower-level administrative tasks, the profession is approximately 70% female (Note: This is my estimate, so if you have actual data on this, please share in the comments).

Because the profession is recognized more now for its importance in achieving business success, it’s often afforded an executive seat, the infamous “seat at the table.” Many CEOs view HR’s seat at the table as an opportunity to improve the diversity of the executive team and therefore feel that the seat is best suited for the token woman, an ethnically diverse candidate, or both.

Now before you go for my throat let me say unequivocally that I find this kind of box-checking-we-need-a-token-on-the-executive-team-thinking to be pure bullsh*t. As an HR leader who knows the value of all types of diversity from the boardroom to the shop floor, I’ve been fighting for a diverse and inclusive workplace and executive team since I got into this profession…because it’s good for business, plain and simple.

Would you ever hire a white guy to lead diversity and inclusion initiatives in your company?

Or does that person have to be black? Or female? Or gay? Or yellow or green for that matter? Anything but white AND male. I attempted to find data and analytics on what percentage of diversity and inclusion leaders are white AND male, but such statistics just weren’t available, at least not based on my rudimentary research tactics. But based on my experience I don’t think I’ve ever known a white male that led diversity and inclusion in any organization.

Why can’t a white guy lead diversity and inclusion in your company?

I’ve heard several versions of essentially the same response, “they couldn’t possibly understand the struggle of someone who is female, ethnically diverse, or homosexual and the hurdles such under-represented portions of our workforce have to overcome.”  Well, that might be true. But using the same logic, can a diverse female possibly understand why such issues aren’t naturally germane to the plethora of white guys lining the executive chairs of most boardrooms? For understanding that perspective and then influencing a different path, wouldn’t a white male be best suited?

Isn’t it time we quit presuming that a white guy can’t possibly lead diversity and inclusion efforts in our company?

If we are really going to tackle the issue of diversity and inclusion we need everyone to play a role in achieving equality in the workplace.

This post contains nearly as many questions as it does answers, and that’s by design. I’m not suggesting I have the answer to improved diversity and inclusion across the workforce and in today’s boardrooms, I just want to initiate the discussion. Hit me with your thoughts and suggestions by commenting below.