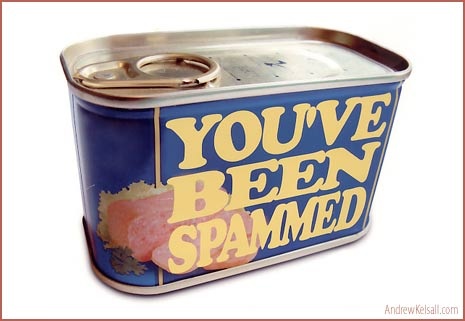 OK, maybe I deserved the last LinkedIn spam I got hit with this past week. Well to be transparent, I received a connection request with 40+ common connections and in my haste just clicked “Accept” on the screen.

What a mistake. I have spent two days chastising this individual for his brazen actions. Here is a quick soundbite of this discussion:

Spammer: We have had over 1,200 responses to our HR solution in the past month, all requesting more information, and we send them out one at a time as folks elect to connect. Ours is not a spam campaign but one to introduce HR professionals to a new solution that is impacting 50% of the workforce today.

My ultimate and last response: You’re spamming HR folks…shame on me for not opening your profile and accepting your request simply based on common connections. Shame on you for using LinkedIn in such an improper way….No one in HR should work with you if this is how you market.

Now ultimately, I am responsible for being spammed, at least in this case. Had I opened the connection invite and read the header this article might not exist today. However, this is mild compared to some of the more aggressive spam campaigns we are all subject to. In most cases without our involvement at all. I won’t make any excuses, I am usually pretty careful, but I am also human.

To be clear, spam is defined as:

Lately, spam has festered on phone calls too. It’s not officially spam, but it is obnoxious…I have been turning my phone to silent between 6 pm and 8 pm every weeknight as I get hit with “Robocalls” on my cell phone at those hours. This is in addition to my email inbox that gets flooded with garbage every morning and just flows over throughout the day. Sometimes I can’t get to my occasional important email, because it is trapped between 15 solicitations that I just don’t need. My delete key on my new pc is already getting worn out from excessive use. Boy, it sounds like I am whining about this useless waste of time dealing with a multitude of solicitations coming at me every which way.

One of my HR friends has a self-imposed rule for all LinkedIn connections. A simple phone call and a brief live conversation – that is the price you pay in order to gain entry to his network. He has almost 5,000 connections since joining LinkedIn and he is the only person I actually know that can say he has met every connection, even if it is just by phone. Food for thought for all of us: This may not be optimal for those of us in recruiting or sales, where you need the volume, so it’s a double-edged sword. It’s no wonder that most HR executives on the inside no longer answer the phone or respond to emails.

We all choose where we spend our time on social media.

I’m not a big Facebook person. I use it to stay up mostly with family, friends, college connections, high school closed networks, and a couple of HR communities. I don’t allow any current students to be connections and I never allowed co-workers while working with them – although, I am connected with a few now, and I mean just a few. I also don’t get spammed that much except for the companies that always pop up 5 minutes after viewing them on a Google search.

Twitter is an interesting discussion, I have only recently started to use it regularly this past year. I still have a tough time following discussions. Even with a deck, they are sometimes disjointed or spread out over too long of a time frame. What I have noticed is that the more connections I have, the more crap I get. I am sure I can turn on some controls to minimize it. But, to be honest, I just don’t use it enough to be bothered.

LinkedIn is where I spend the most time. It has some great features. But I am also solicited daily – it comes with the territory or use of the site. I have noticed more spam-like activity over the past 18 months. You know the “want to make money as a private shopper” scheme, along with a host of others. It also amazes me how folks try to connect and never look at my profile, all the while trying to sell me the same things I do for a living.

The last and biggest issue for me continues to be my email inboxes. Yes, I have some filters, but it is annoying nonetheless. As the web continues to evolve so does the sophistication of the spam. This is not an issue that is going away anytime soon.

So, my remedy, for now, is to be more diligent with connecting and saying no more often.

Besides, I am more of a beef and potatoes guy…for now I will leave the spam for others to digest.