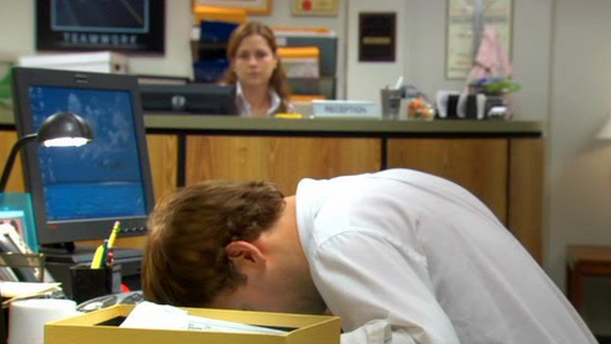 A few years back I wrote a post over at The Project called the 5 Things To Do at Work the Day after Thanksgiving.  It’s solid, a bit boring for my taste. Probably when I wrote it, like writing this post, I believed it wouldn’t be read by anyone, so let’s not put too much time into it! But, it’s worth a look, there are some actual “real” work ideas in that post! For this one, I decided to have a little more fun with some of the ideas.

Things To Do At The Office on Black Friday:

1. Go “cube” shopping. Let’s face it, not everyone is going to be in the office, like you, on Black Friday. Most were smart enough to save some PTO time and they’re at home sleeping off their turkey coma. That’s a lucky break for you because you now have the ability to trade up on staplers, pens and anything else lying around in the cube farm.

2. Send out a bunch of “follow up” emails. You know the emails I’m talking about! Hey, wanted to follow up on that project and see what else you might need from me… Basically, this is showing people you’re working on Black Friday, without actually doing any real work.

3. Watch TED talks. TED talks are really great and motivational, and they suck up time like you can’t believe!  You can go from 8am coffee to noon lunch in a blink watching TED talks!

4. Update your iTunes playlists. Let’s face it, you haven’t touched your playlists in months, if not years. They’re boring, out of date, and now you have hours to build a new “workout mix” to keep you moving and energized.

5. Send out “grateful” notes to peers. After watching four hours of TED talks you’ll have so much great material to send out to those you work with. Grateful notes brighten up someone else’s day and make you feel pretty good as well. Instead of spreading animosity for having to work on Black Friday, spread joy!

One last tip (and one I shared a few years ago as well, but worth sharing again):

I will say that this is a great day to send notes to executives as well. Let’s face it, they’re not in the office—they’ve got more vacation than you and know it’s worthless to come in on the day after Thanksgiving. But by you sending a note and “actually” working, it makes you look like a champ! The best part is you don’t even have to be working—I just pre-write my emails and then schedule them in Outlook to be sent to executives at 7:23 am on Black Friday, and then do a follow-up on how I solved the issue at 6:12 pm on the same day!

That’s a Pro Tip, use it wisely!