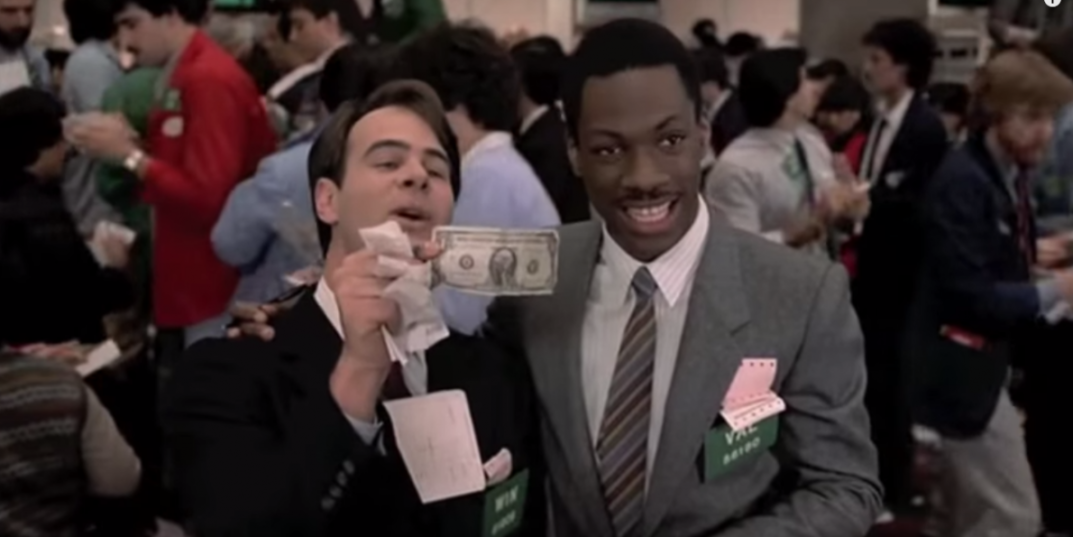 I have always been fascinated with the idea of trading places in business.

The 1983 movie Trading Places, starring Eddie Murphy and Dan Aykroyd, is a comedy classic. The concept of trading places in business is compelling.

A few years ago, I traded places with a university colleague at Adelphi, where I teach HR as an adjunct professor. Part of trading places was that my colleague, Professor Hyland, came to work as an intern in my HR group at Marcum and I taught her class at the school. We learned a lot from the experience of “walking in someone else’s shoes” and we even were awarded an HR Executive Magazine “Best HR Ideas Award” for going through this interesting exercise.

Now only a few years later I am again presented with an opportunity to “trade places”. This time the circumstances are drastically different. The common denominator is again the University at which I teach. The circumstances are being driven by poor management decisions and I am now, for the first time in my life, siding with a union instead of management in trying to resolve the impasse.

To fill in the backstory, I was recently promoted to a senior adjunct position – which is tough to come by. The university made the promotion with an effective date more than three months in the future. Ninety-seven days in the future, to be exact.

I challenged this, as full-time professors’ promotions were made retroactive to the beginning of the semester. So, I went through all the channels: The union, administration, and finally HR.

As of the date of this article, this is still an open issue. However, from my perspective, HR is failing on this issue. Why you may ask? Well, to start with, three months is way too long from an approval of a promotion to actually put it into effect. Second, they are treating part-timers as second-class citizens.

But the most important reason is that promotions should be positive events for all involved.

The solution is easy and there is little downside to making this right.

The new head of HR is actually trying very hard on my part to fix this, so she gets a pass but this should never have occurred in the first place. Too many cooks in the kitchen with approvals and sign-offs to boot. I am optimistic that this situation will get resolved yet I wonder if I didn’t know the right buttons to push what the end results would be.

So, now I’m a union activist. As part-time faculty, we are members of a professional union (AAUP). I have just put myself forward for a volunteer union representative role to be voted on a few days from the posting of this article. It really doesn’t matter if I win the position. What is important is that I am taking an active role in defending the rights of employees from the opposite side of the table. After two decades in HR opposing union activities, I am now embracing it.

I am stepping up and speaking out for my rights and the rights of all part-time faculty.

What I have learned so far is obvious. Bad management decisions and actions lead to union activity. Employees are not always treated fairly or with respect, I just never thought I would be battling this from a personal position. And the lesson for HR professionals is even more profound.

We all need to stop and evaluate if we are practicing what we preach. Are we supporting our employees when situations or conflicts occur, or do we just mail it in with actions sanctioned by ill-informed or poorly acting executive management?

It was only a few years ago that I found my self on management’s side of the table negotiating a contract with the IBEW (International Brotherhood of Electrical Workers) at one of my former organizations, regarding wage and benefit issues in Rhode Island. I felt victorious by mitigating a large salary increase to long service employees in a final contract before we shut down the facility. I honestly did not stop to think about the ramifications of my work.

I was doing the devil’s work for ownership.

They were saving a few dollars as we transitioned out of a closing factory that once employed close to 2,000 employees, and this was a final action as we prepared to transition out the last 150.

And we wonder why HR sometimes has a black eye. We are all well-intentioned, but we don’t always put the opposition’s lenses on to see the situation from the other side – or the ramifications of our actions.

Now my perspective is changing as I oppose management and HR for the first time in my career. I don’t know where this will end or if I will be victorious.

One thing is for certain, by trading places I now have a new outlook on the interactions of leadership and HR. It will certainly impact how I approach my work in the field in the future.

I also put forth there may be an emerging trend of professionals utilizing unions, aside from Trade Unions, to handle workplace disputes. This wave of union activity hit professional sports in the 1970’s.

For example: Major League Baseball (MLB) saw its first players strike in 1972 followed by the creation of Free Agency in 1974. All the other major sports in the USA (Football, Basketball, and Hockey) followed suit with improved work rules and rights following the actions that were taken by players in MLB.

Not so far fetched…

And think about this, a seasoned HR executive taking on a union role….what if this multiplied across the business landscape? Maybe this is a new role for HR to play on the other side of the bargaining table – food for thought and definitely an example of “Trading Places”.

I might just bet a dollar on this…any takers???