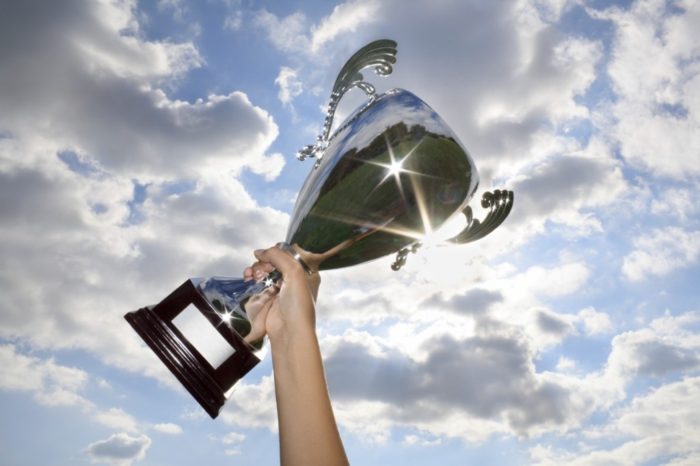 Any of the best places to work lists are basically just a marketing gimmick. We all know this, right? RIGHT!? (Let’s be clear, I’m not actually talking about the specific company ‘Best Places’, but the concept of awards that say you’re better than another employer, etc.)

If you make the list, great, good for you, you have resources to jump through the hoops it takes to get on these lists. If you’re not on this list, you might actually be the best place to work. We don’t know, because you didn’t even try, so it’s like saying the Boston Red Sox are World Champs when they’ve only played teams from America and one from Canada.

That’s not really the world.

I tend to believe that organizations that do go for these awards are actually pretty decent places to get a job. They care enough to go get a fake award, and it takes a bunch of work and money to get those awards. So, you’re probably not going to go wrong by going to work at a Best Places or Great Places type of company.

But, let’s not kid ourselves. These are not necessarily the best places to work.

The reality is, almost all workplaces are about the same.

Many of these ‘average’ companies get on the best places to work lists because someone decided it was important to do. They had the desire. They had the resources. They knew it would be awesome for their recruitment marketing, and BAM, welcome to the greatest place to work…

So, does this mean you shouldn’t go after these awards?

No, like I said, going after these awards probably helps you be better. It’s not a guarantee, but if you go through the work, in the end, you’ll probably improve your workplace. There are also extensive elements of marketing and psychology involved in the process.

If you believe in the concept that most organizations are somewhere in the middle when it comes to the work environment and employee experience, you will then also understand why just marketing that you are great, when you’re really just average, can actually make you great!

I think instead of going after an award, I would rather go rogue. I’m going to market the crap out of my brand, out of my employee experience, in the markets we work and live, and we will tell the world we are ‘the’ place to work. I want to be chosen by the people, not for making a list, but our brand went viral from the people.

Hit me in the comments – what am I missing when it comes to greatest places to work lists?