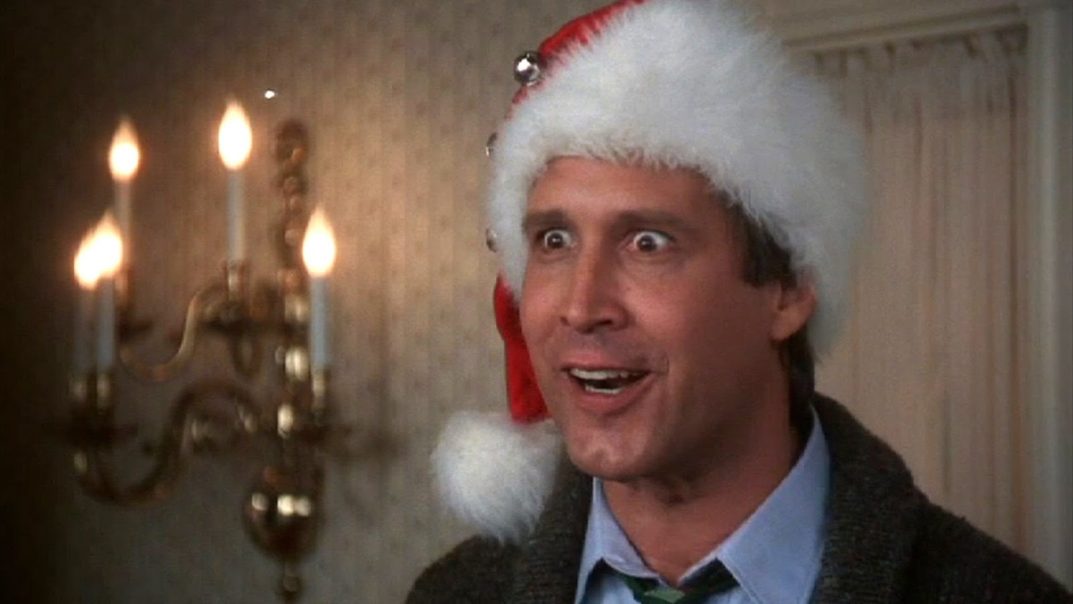 The more holiday seasons I work, the more I feel like Clark Griswold.

If the name doesn’t ring a bell, the character certainly will.

A major plot point was how Clark was anxiously waiting to hear how large his Christmas Bonus was going to be and all the great things he could buy with it.

Well, you know how that turned out.

Clark’s “bonus” turned out to be a one-year membership to the Jelly of the Month Club. He was so enraged that he kidnapped his boss and berated him for mistreating all his employees by letting them believe they were actually going to get a nice bonus.

Unfortunately, that’s how it can go when it comes to Christmas Bonuses.

Nearly half of employees don’t get a bonus

Just this month, a new survey commissioned by Spherion Staffing Services and conducted by Research Now SSI reported that 41 percent of employees felt that the top company perk was a “holiday bonus.”

However, the survey also found that “46 percent of respondents said their company does not give holiday bonuses or any other monetary gifts during the holidays.”

Although it’s been a while since I received an end-of-the-year bonus, the ones I have gotten in my career run the gamut from really great to something akin to the Jelly of the Month Club.

The worst I ever got was the year that the miserly guy I worked for — who usually gave employees some semi-fancy desk item at Christmas — decided to shake things up and do something different.

How different, you ask? Would you believe a lambskin fanny pack?

I don’t think there was a single employee who reacted positively to this remarkable Christmas “Bonus,” and one of the female sales directors memorably told everyone, “There’s no way in hell I’m going to put that thing around MY fanny!!!”

Once the full impact of this unusual gift sunk in, everybody who got one seemed to have the same thought: Where did this come from, and can we take it back?

Well, the lambskin fanny packs came from The Sharper Image back when they still had stores, and a couple of guys who worked for me tried to return their “bonuses” and found out two things:

So much for a holiday bonus that makes employees feel that they’re appreciated. It’s the kind of gesture Clark Griswold could identify with.

As bad as that Christmas “Bonus” was, probably the most Scrooge-like boss behavior came when I was working for a family-run company that had given every single employee a generous and wonderful holiday gift for more than 60 years — an extra paycheck.

Since we were all paid twice a month, that meant that every employee in the organization got an extra half month’s pay.

Needless to say, it was an incredible annual gesture that spoke to the family values the company had espoused since its founding, and like so many things like this, it became something that employees had come to count on during the Holiday season.

But when the financial crisis hit that caused the collapse of Lehman Brothers in September 2008, pushing America into the Great Recession, that wonderful extra paycheck that my fellow employees had come to rely on came to an abrupt end. Oh, and everybody took a 10 percent pay cut, too.

Eat your heart out, Clark Griswold.

Still, many employees understood the dilemma and the financial distress the company was in. Yes, extreme measures had to be taken, but the problem was the horrible way the situation was handled.

I had long maintained that the company could never cut the bonus without giving managers lots of lead time to explain and manage the decision, but that’s not how it went down.

When the financial crisis hit, the CEO just decided to kill the bonus and cut everyone’s pay, and managers like me first heard about it the way everybody else did — through the company grapevine.

Needless to say, telling employees that they were losing their usual extra holiday paycheck AND 10 percent of their pay was like the Grinch stealing everybody’s Christmas presents.

The CEO seemed totally oblivious to the impact this decision would have on the workforce, and his inability to really do anything to help managers like me manage the situation only made it worse.

It’s stuff like this that drove Clark Griswold over the edge.

Here’s my take: I have long thought that a bad Christmas Bonus is worse than no bonus at all. And, your culture, engagement, and overall morale will take a big hit if employees are led to believe, as Clark Griswold was, that they’re getting a substantial cash bonus to reward them for a year’s worth of accomplishment and hard work.

By the way, that Spherion Staffing Services survey also found that for those employees who do get a holiday bonus, “the majority receive less than $500.”

Even when companies DO give a cash bonus, they tend to give a fairly modest amount.

So, what do we do about holiday bonuses to avoid having employees end up like Clark Griswold — angry and pissed off?

Author Jeff Hyman made the case recently that “the holiday bonus is a tradition that deserves to end.”

“Paying a fixed year-end bonus in today’s business world – where the quality of your workforce is the No. 1 competitive differentiator – makes no sense,” he says. “In a misguided effort to keep the peace and show workers they care, many employers spread the bonus money around in equal amounts to all employees (either in dollars or in a flat percentage of their salaries).”

“A far better approach is to tie compensation to performance and to allocate a disproportionate percentage of that capital to reward your best people, ” he says. “The point of your bonus plan should be to foster a workplace environment where exceptional performance is expected and rewarded, and where subpar performance is neither tolerated nor subsidized.”

A solution Clark Griswold would approve of

And, here’s the best part of Hyman’s proposal.

“A hallmark of a well-conceived bonus plan is that it encourages rock star employees to stay at your company when the headhunters call and it helps you to recruit top people from other organizations.”

This isn’t a bad idea, and I’m guessing that the employees you most want to benefit from a bonus will probably embrace it too.

Ultimately, replacing a holiday bonus with a performance-based plan is a great gift to your employees. Next year, your strongest employees will give thanks for that.

Amen to that, I say. And, I’m guessing that Clark Griswold would probably approve as well.