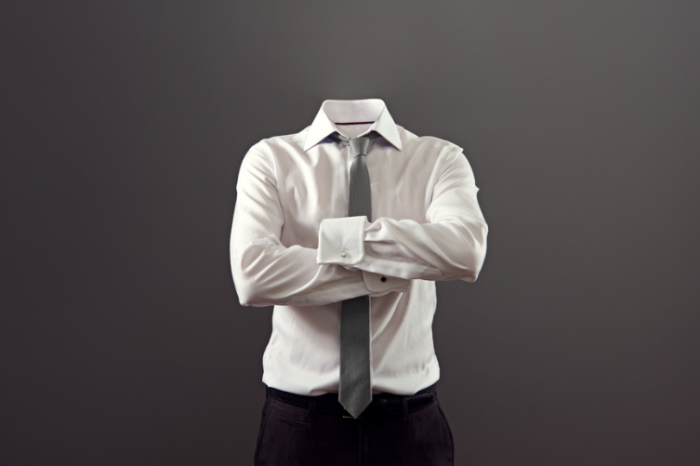 Who says there’s no such thing as “fake” news?

This goes through my head whenever I read about how the “ghosting” trend (people skipping job interviews, failing to show up when they get hired, or bailing from a new job with no warning) is disrupting recruiting and hiring, because the more I hear about it, the more I’m convinced that ghosting is nothing more than overblown media BS.

I’m not denying that it’s happening, a little, but there have been people ghosting jobs and job interviews for as long as I can remember.

How do I know this? Well, if confession is good for the soul, mine will be better off fessing up to the fact that I ghosted at least three jobs way back in my early college days.

Yes, I was ghosting jobs back when ghosting wasn’t cool.

Does anybody have any hard evidence?

This all came back to me as I read this LinkedIn post that seemed to just discover the ghosting trend (see Candidates Are Ghosting New Employers — Here’s How You Can Avoid This). It grabbed my attention because I found it had the same problem I seem to find in just about EVERY story or blog post trumpeting ghosting as some terrible new workplace trend.

The problem is this: None of these stories seem to have any hard evidence — no data or research or hard numbers — to support the notion that ghosting is causing extreme havoc for recruiters and hiring managers in the American workplace.

What all these stories seem to have in common is that they’re built on anecdotal evidence, second-hand observations, rumor, and hearsay.

For example, the LinkedIn article cites The Washington Post as the source of their information, writing that, “The Washington Post reports a 10% to 20% increase in candidate and employee ghosting over the past year. ‘Applicants blow off interviews,’ the Post reports. ‘New hires turn into no-shows. Workers leave one evening and never return.’”

Ok, that sounds pretty credible … until you dig into The Washington Post story and find that The Post doesn’t cite any hard numbers or data either. Their only evidence to support the notion of increased workplace ghosting comes from the Federal Reserve Bank of Chicago’s December Beige Book — and it’s anecdotal too..

To its credit, The Washington Post goes on say that:

National data on economic “ghosting” is lacking. The term, which usually applies to dating, first surfaced in 2016 on Dictionary.com. But companies across the country say silent exits are on the rise.”

This is what I find in every story I read about ghosting — the people mentioned in the media say it’s a big problem, you get a few examples of it happening here and there, but there’s no data to support the contention that ghosting is a big, bad workplace problem.

A USA Today article I wrote about last summer (see Candidates “Ghosting” Job Interviews?Just More Proof of a Bad Candidate Experience) was the first that really tried to dig into the workplace ghosting trend. But even that story merely cited what happened at a few companies and then used that to support their contention that ghosting was a big trend and workplace problem despite having no real data or broader evidence to support the claim.

Some might call this fake news, but I call it sloppy journalism based on thin evidence — and that has been going on for a very long time.

I know this because I ghosted three jobs while in college, although nobody called it ghosting then. We called it “ditching” a job, a term The Washington Post has resurrected in it’s ghosting coverage.

I ghosted before I even knew what it was

This was a long time ago in a galaxy far, far away. I was 18, had moved out of my parents’ house and into an apartment with a friend, and I found myself struggling to pay the rent. So, I churned through three jobs that I “ghosted” in less than a year.

Here are the ugly details:

Job No. 1 was as an overnight cook at a Sambo’s Restaurant. There’s a whole story around what happened to Sambo’s, a 24-hour diner that once rivaled Denny’s. It had more than 1100 units in 47 states before its name became a huge problem in the 1970s. There is a single Sambo’s left today — in Santa Barbara, California.

I had never, ever been a cook when I was hired, and the manager promised me that I would get great on-the-job training and catch on in no time. So, I started on a Friday night and worked the 10 pm to 6 am shift.

Big mistake. I was overwhelmed by the crowds after 2 am when the bars closed, and I simply couldn’t learn fast enough to handle the load. I survived for three nights and never returned when I walked out at the end of my shift on Monday morning. I never got paid, but I didn’t care. And, I had “ghosted” my first employer and didn’t even know it.

One week in, I was dying of boredom and the pay wasn’t all that good. I made it through my first shift of Week 2 and decided I just couldn’t take it anymore. I left after that shift and never came back. They mailed me my first, last, and only paycheck a month later. I had ghosted again.

It was another big mistake on my because while the McDonald’s I managed always had enough staff, this Carl’s Jr. didn’t. It became clear on Day 1 that this was a job where managers ended up having to do a lot of non-managerial duties because the place was chronically shorthanded. That wasn’t what I had signed up for, so I left after my first shift and never came back. Like with Sambo’s, I never got paid, but again, I didn’t care.

I had “ghosted” all three new jobs, quitting without any notice and without telling anyone. Who knew I was a trendsetter and more than 30 years ahead of the curve? Yes, I was ghosting jobs before anyone knew that ghosting was trendy and cool.

That was my “young and dumb” period, and I got past it pretty quickly. I moved back home, went back to college, and got my life together. An MBA, a long career as an editor, and married life have all followed.

A quirk in a candidate-friendly job market

But here’s my point: I haven’t found anyone who keeps statistics on “ghosting” jobs or job interviews. They didn’t way back in my ghosting days and they don’t seem to now.

Ghosting isn’t a new trend. I’m living proof of that. But until somebody starts tracking the numbers and shows that it’s more than just bad behavior by dumb people like I was way back when, consider it just an odd quirk that gets attention when you have more of a candidate-friendly job market.

It’s happening, but until there’s more hard evidence to prove that the number of people ghosting jobs and job interviews has dramatically increased, consider the big ghosting trend to be nothing more than overblown media BS.

As a veteran ghoster, I ought to know.