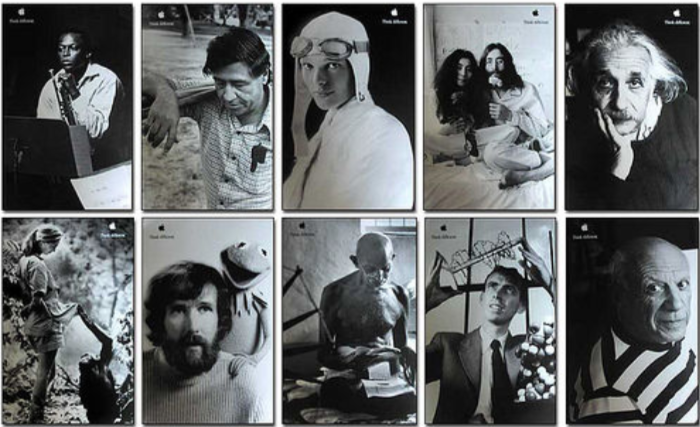 I’ve been doing a lot of performance work for some client companies lately. As you might expect, I’m trying to push the companies to get out of the mindset that the performance review transaction is the reason for the process.

Repeat after me:  The reason you do any type of coaching or performance management is to migrate employees.

You don’t get there by focusing on the rating scale.

That doesn’t migrate anyone. You get there by using performance management as a means to have a different type of conversation. One that gets an employee thinking and perhaps excited about taking care of the busy work that’s a part of any job, then having time to come up with some different ideas.

Which is code for this – Innovation doesn’t mean you created the next Twitter or Instagram. Sometimes it just means you aren’t scared to say the way that we’ve always done it is bull####, and offer up a new path– no matter how small. Whether it gets implemented or not is just details. Offer up enough ideas, and you’re bound to have some of them make it through the machine.

I think it means that you encourage employees to challenge the status quo.  Of course, if you’re going to encourage that, you better be comfortable telling people that their idea sucks and they need to go back to the drawing board.

It’s hard to create a culture where people actually want to give you ideas. Do you have that type of culture?

Here’s a test: Would your managers be comfortable putting the text from the original sixty-second “Think Different” ads from Apple (narrated by Richard Dreyfuss back in the day) in their cube?

Read this and think about it:

“Here’s to the crazy ones. The misfits. The rebels. The troublemakers. The round pegs in the square holes.

The ones who see things differently. They’re not fond of rules. And they have no respect for the status quo. You can quote them, disagree with them, glorify or vilify them.

About the only thing you can’t do is ignore them. Because they change things. They invent. They imagine. They heal. They explore. They create. They inspire. They push the human race forward.

Maybe they have to be crazy.

How else can you stare at an empty canvas and see a work of art? Or sit in silence and hear a song that’s never been written? Or gaze at a red planet and see a laboratory on wheels?

We make tools for these kinds of people.

While some see them as the crazy ones, we see genius. Because the people who are crazy enough to think they can change the world, are the ones who do.”

Or, you can start having conversations with your best people about what’s possible. It’s funny how those types of conversations and the exploration that results are actually the best retention tool for your top talent. It’s also funny how your average performers stop bitching about getting a bigger raise when you tell them that ideas are the top currency to getting the $$.

But your managers have to have the conversation to make that happen.

They’ve got to encourage people to think differently, and to accept all the work/draining conversations that comes with the process.

And that’s why the crazy ones don’t work at your company.