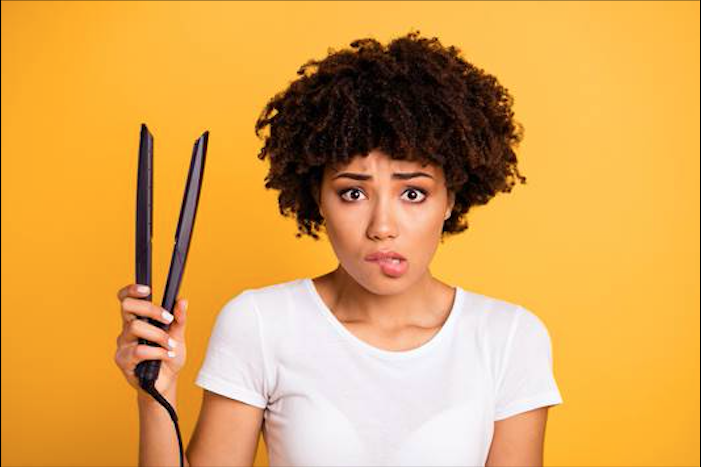 Last month the New York City Commission On Human Rights banned discrimination based on hair. My elation that society had chipped away another chunk of the granite mountain that is discrimination immediately turned to shame, as I was left wondering why such a law was necessary in the year 2019 in the first place.

This took me back to a time when I was on the interview loop for a senior executive position.

The candidate was a delightful, ivy league educated black woman from South Carolina. She was smart, friendly, and by all accounts the frontrunner for this role. Weeks passed, and I found out that another candidate that was identified during the interview process as “not having all of the skills that we desired,” had ultimately been selected for the role. I asked the recruiter why, and I was told that the feedback on the black woman was, “she did not embody our brand,” wink wink.

No, she literally winked.

More specifically, the recruiter told me that a small minority of the interview loop took offense to the woman’s short locs and felt that although she was by far the superior candidate, her natural locs would not befit an executive at our organization. So they went with the lesser candidate, who, by then, had already been terminated for quite literally assaulting a subordinate. In hindsight, perhaps a blonde pixie hairdo was not an indicator of competence after all.

In another instance, I had managers express concern that a young black employee’s substantial natural afro could put our healthcare facility at risk for lice. They were demanding that I order him to cut his hair. I was dumbfounded that an afro held that much power; never mind there had been two lice infestations prior to him being employed with the facility, and we had a young caucasian employee with an equally large (un-natural) afro who was actually employed there at the time of both previous infestations. For some reason, he was never considered a culprit, just cute with “funky hair.” After all, there was no conclusive evidence in all of hair history that would support the assertion that a natural or un-natural afro was a hotbed for lice or had toppled an organization. I sported a big puffy afro for all of my childhood and most of my young adult life, and I am happy to report that I am 57 years lice free.

Aside from the sheer absurdity of these incidents, there was a sadness that career opportunities could be compromised, because of hair.

As far back as 1866 federal, state, even local governments have found the need to create protections against discrimination for individuals that belong to specific groups, known today as protected classes.

Protected classes aim to prevent employers (among other entities) from discriminating against candidates and employees based on sex, race, color, religion, creed, national origin, sexual orientation, gender identity and gender expression, disability, genetic information, and in some areas political affiliation. Hair has not made the list of protected classes, but the mere fact there is some level of legislation banning discrimination because of it is telling.

Even though my afro has long since betrayed me; protected classes, afros, locs, and braids aside, I live for the day when we won’t need laws to keep our biases in check. Those of us with the power to influence the candidate experience, impact a career, drive engagement, and create and foster an environment of inclusiveness, have the added responsibility of being thought partners when it comes to challenging norms and convention.

Why does a hairstyle provoke such judgment?

What is considered normal hair and why? The next time you encounter an employee, candidate, or business partner with hair that may be considered unconventional, take time to do an honest self-assessment of your immediate visceral reaction, no matter how uncomfortable you feel doing it.