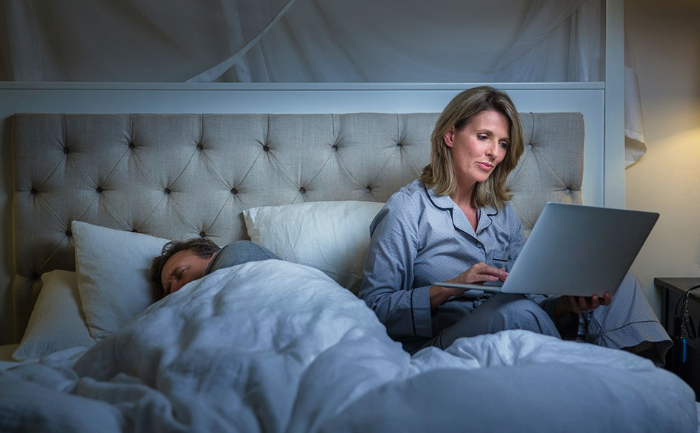 I learned long ago that you should always be ready to take good advice — no matter where it comes from.

This month, it came from a guy named Michael Dermer who touts himself in his blog and newsletter as The Lonely Entrepreneur. His words of wisdom were short, sweet, and spot-on. He said:

“Turn off at a respectable time, (because) many of the greatest mistakes have been made after 10 pm.”

That all sounds good, sort of, but what the hell is it that Mr. Dermer is really talking about? Here’s how he explained it in a recent blog post:

This lack of respect can undermine your culture, not to mention that constantly being in a work state of mind hinders everyone’s performance. Many avoidable mistakes are made when we don’t properly shut down each day at a respectable time. As the leader, we must demonstrate our respect for our team, and their individual lives and efforts …”

In general, I think that’s good advice — can’t most things wait until morning? — but it also made me wonder if emailing employees at night had suddenly become some huge workplace issue.

It hasn’t. Apparently, emailing employees after hours has been a huge issue for a long time.

Plug the phrase “late night emails” into Google and it comes back with 88,000,000 results. That floored me. Who knew that sending late night emails was such a big (and widely debated) deal?

Although the first story Google listed made the case that not sending emails at night “is terrible, outdated advice,” most of the articles seem to take the same position as The Lonely Entrepreneur— that after hours emails from the boss should be “banned” because “they are hurting your team.”

There was even one with an incredibly alarmist (and clearly click-bait worthy) headline that declared Those Late Night Work Emails Are Hurting You and Your Family, Says New Research.

An issue that has been debated ad infinitum

My point? Just this: In our current technology and social media-fueled society, workplace issues seem to get debated ad infinitum, again and again.

When I look through just a small portion of the Google search results, two things are pretty clear:

That’s what Michael Dermer was saying in his post on The Lonely Entrepreneur. His advice for managers makes great sense for anyone who wants to improve their culture by doing right when it comes to employees.

“If you have something fresh in your head, write your email and stick it in your draft folder,” he wrote. “Read it in the morning. Trust us, more often than not, you will say, “I’m glad I didn’t send that last night.”

Always be open to good advice

That’s probably the best advice of all. Anyone who has spent time managing people can probably remember something that they were happy they DIDN’T do.

Yes, you should always be ready to take good advice, no matter where it comes from or how many other people have weighed in on it somewhere.

Want to improve your workplace culture, increase engagement, and improve the overall employee experience? Then respect the boundaries between work time and personal time — and don’t send your employees after-hours emails.

That’s great advice no matter how many times you hear it.