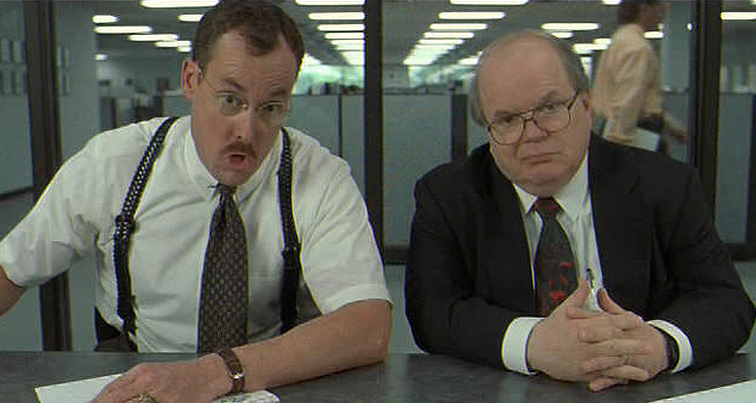 Brown-noser. Suck-up.  Kiss-A**. These are the terms you’ll hear. Pay them no mind, white-collar worker. You’re here to win. Those are the stones thrown by the masses who don’t have what it takes to win–#jealous #bastards. What’s the game we’re trying to win?

The game of getting internal promotions.

I once had a friend from my MBA class email me and say words to the effect of:

“There’s a next step that I’d really like to take in the organization, and I’m in the weird spot of the person doing the hiring for this promotion knowing my work. What’s the best path for me to play to win and get this internal promotion?  I’m good enough for the spot, I just need to convince them that I’m the one. They’re thinking about looking externally as well.”

Big Fortune 100 company. Do we go inside or outside?  It’s a dance as old as the ages. Here’s your roadmap for making sure you’re the obvious choice for the internal promotion you want in the future. There are two things to ponder:

What to do before the promo is available, and What to do once it’s made clear the position is open and the race is on.

What to do before the position is available:

1. Be absolutely amazing in your current job.You’re probably going to need to look better at what you do than other people.  If you blend in, you’re going to get passed over.  Be amazing. If that’s too much for you or seems too hard, stop reading and bounce over to Fast Company to dream some more.  If you can’t do this, don’t be surprised if you don’t get the promo.

2. Never say “no” to work that comes from skip-level managers in your functional area where the future promotion sits.You need more, not less, work from people who might control the decision related to who gets the promotion. Stop getting your sissy feelings hurt if you’re amazing (#1) and people want a piece of you. It’s money in the bank for your career.

3. Be visible to other functional areas that reside in the same location or operate in the same virtual space as your department/team.These are called influencers. While you don’t necessarily want to make yourself available for extra work to this group, you want them to know who you are. Make sure you’re available and accessible to those that help mold opinions of you.

4.  Don’t look like 1999. Prince once sang about 1999, and you wanted to go. 1999 isn’t cool now.  You need some style–a style of your own, so don’t look like you haven’t upgraded who you are for a decade.  Especially important for Gen X. Local H once talked with disdain about stone washed jeans.  So will the hiring manager.  Even if they’re old, they want someone who makes them feel cooler than they are.  Buy some new jeans.

What to do once the promotional position is posted internally (in this order):

1. Go straight to the hiring manager in question.Tell them you are very interested in the position.  Be able to talk about why you’re interested and don’t make it about money. Don’t let your current manager do this bidding for you.  They don’t have your promotional interests in mind.  They’d like to keep you.  Don’t work through HR.  I’m an HR pro, and waiting for HR to introduce your candidacy is a sucker’s play.  Don’t wait on the “process.”

2. Tell your manager that you’ve talked to the hiring manager in question about the job. It’s hard to hold you back once you’ve already had that conversation.

3. Once those two conversations are complete, have your own personal marketing campaign ready to go.Once a week, push one of two types of info to the hiring manager about your favorite topic–you.  Here’s the types of info you should mix in:

That’s it.  That’s how to win with an internal promotion.  If you think that this is over the top, you may not be ready. And don’t expect anything if you’re not amazing in your current role.