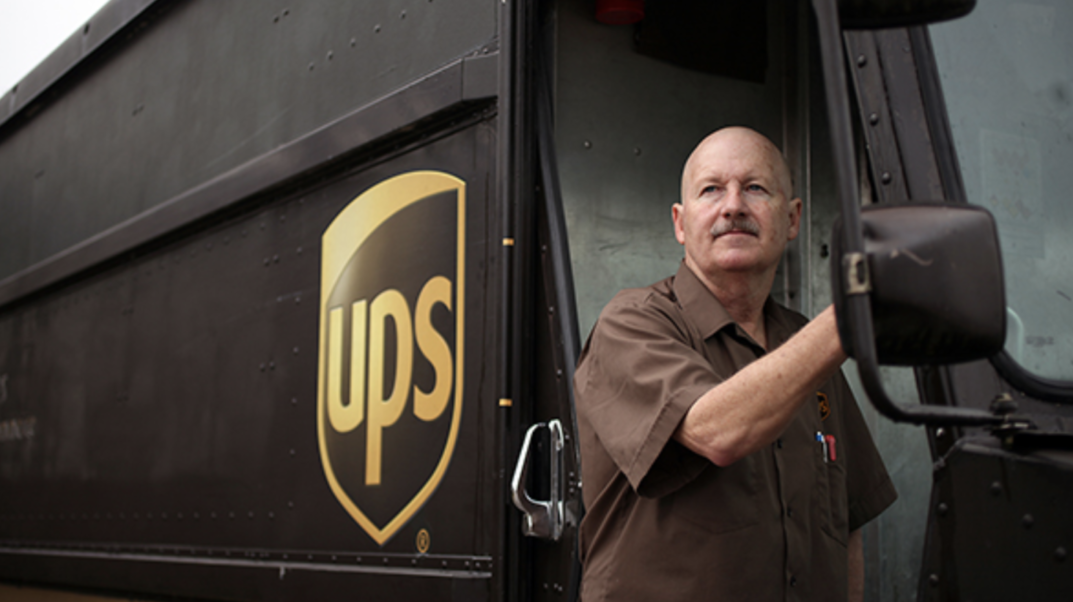 Gather ’round the campfire, kids, because I’m here with a story from a galaxy far away, a time when things seemed simpler, when good was easier to distinguish from evil, and when we weren’t so divided.

It was also a time when “UPS Driver” was a premium job.

Don’t laugh out loud–that’s disrespectful. UPS Drivers were once knights among us in the American workplace. They were respected members of the community and the goods they delivered were anointed from on high.

Allow me to explain. I grew up in an era without today’s Amazon. You can laugh, as your kids will laugh at you for items they deem “shocking” and “cute,” like cars that needed input from passengers to arrive at destinations and search engines that required typing to initiate queries.

I grew up in the midwest. There were 2,000 people in my town, and you had to drive an hour to get to a town of 15,000 people. Once a day, a blackish/brown truck would come into town to deliver packages ordered from special merchants from far-away lands.

What up, Mr. UPS Driver?

The pre-Amazon UPS Driver (this holds true x5 if you go to the early days of the internet and pre-internet) was a special person. You didn’t see them every day, and when they brought something, it was an event. A special order you couldn’t get anywhere else, and it wasn’t cheap to deliver packages that way.

The UPS driver of that era had a special job. It was hard to get that job and was a great position for someone with a high school education. There was job security, rewards for being accident-free, and of course, recognition as you crossed your 10, 20 and 30 year anniversaries. The UPS guy serving our town (he had multiple towns on his route) never changed. He was like a mailman, but not as average. It was event-based delivery–you had to sign for the package. None of that “drop it at the door” stuff.

The man of mystery moved from small town to small town with his haul of booty. It was the same in the cities, just split by neighborhoods. People peered out windows like Mrs. Kravitz on Bewitched to see who the special people were that day getting deliveries.

What is that package she’s getting? A new oxygen tank? Perhaps a special blender? It was mind-blowing every day. Then it went away.

Some dude starting to sell books online. We laughed. “What a complete doofus!” And, “I hope he still has his day job!”

Then a funny thing happened. Our UPS Driver stopped laughing with us. We didn’t notice he wasn’t laughing at Jeff F****** Bezos anymore until the 3rd time he simply dropped off a package at our door, buzzed the doorbell and headed for the truck.

As we opened the door, he was pulling off in the blackish brown machine.

“How Rude!” we exclaimed.

Our UPS Driver wasn’t being rude. He was the canary in the coal mine, sniffing the first fumes of increased package volume and his job suddenly not being the fun “Santa Claus-in-an-ugly-ass-uniform” experience it always had been.

Still, we made the change with our friend. We dialed back our expectation for a great 4 minutes of conversation with the man in brown shorts. Then it happened.

The doorbell rang. We answered the door.

There was our friend in brown! Hello friend, I’ve missed you!

“Sign here,” were the words coming from our friend. He pushed a small handheld device at us and explained the process in monotone.

We asked questions about the new technology. We soon wished we had not.

The man in brown shorts started a rant about big brother tracking him and a point system that mixed distance traveled with packages delivered to gauge his performance. “That sounds awful” came from our lips, which bought us another 4 minutes of rant.

We never had another conversation with our UPS Driver. Soon thereafter, there were two drivers who delivered packages to our town, then 3, then multiple delivery companies doing the same work. The faces changed so rapidly we couldn’t keep up.

We miss our friend.