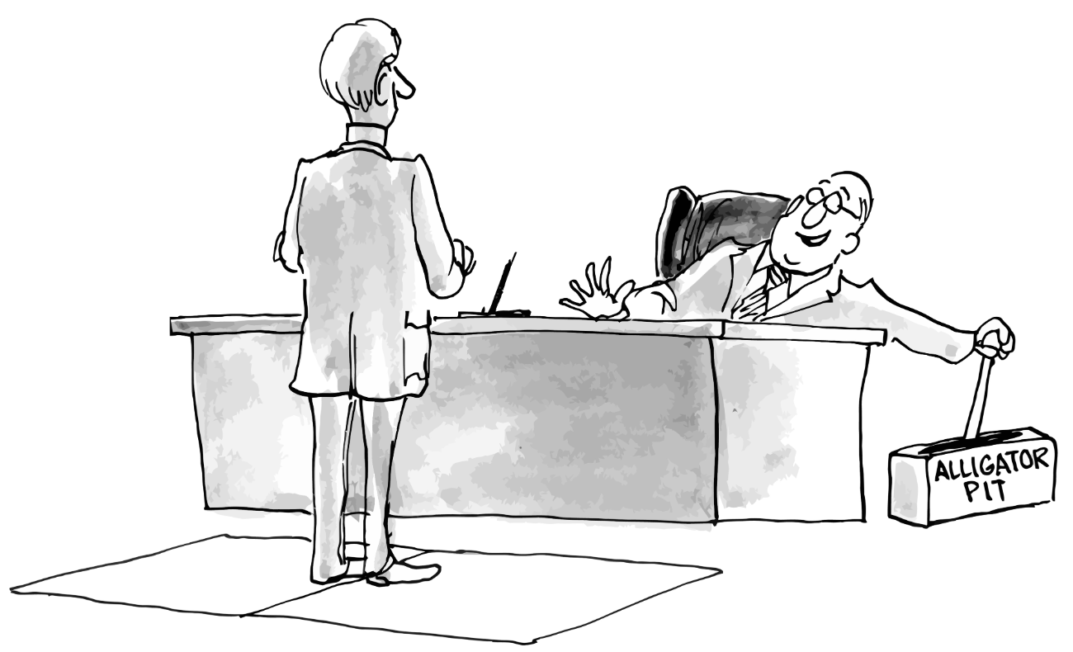 Did I miss the memo?

When did the venerable Performance Improvement Plan — a managerial non sequitur that often has little to do with performance OR improvement — morph into the more concise but equally Orwellian “Corrective Action?”

I bumped into this new terminology for what most managers lovingly refer to as a “PIP” a couple of weeks ago when Fistful of Talent Grand Poobah Kris Dunn wrote about it in a blog post titled Is Corrective Action a Death Sentence? Here’s how he explained it:

“Corrective Action is a formal process where you tell an employee, usually in a written document that is delivered in a formal meeting with a witness – that their performance is below standards and unless they improve, they likely will be removed from the company in time.

Corrective Action is usually a three to four step process in most companies. It’s designed to reduce legal liability in firing someone, even in “at-will” employment environments.”

Never a death sentence for a good manager

No matter what you call it — PIP, Corrective Action, Performance Improvement Plan, or something else — I’ve personally found that this process is usually about building a case to fire someone and building a strong paper trail to “reduce legal liability,” as Kris Dunn so puts it.

“Corrective Action is never a death sentence to the manager who’s an effective coach. That manager is going to keep coaching for improvement and wants the employee to recover. They’ve used corrective action to show the urgency and hope is turns around. Unfortunately, to all other types of managers, corrective action IS a death sentence – because if you aren’t actively coaching, your struggling employee has no shot at turning it around.”

I’ve dealt with Performance Improvement Plans/Corrective Action for a long time in a great many places, and here are a few things I’ve found:

Helping an employee survive a PIP

I can only remember one time I actually had an employee really improve and come back from a PIP, and it sticks out to me today because it was one of proudest moments of my managerial career.

This was an employee that I picked up when I was promoted into a new role. The owner of the company wanted him gone, and he was just smart enough to know that building a paper trail and a case for firing him made sense and limited the company’s legal liability.

So, I dug in and started the PIP process on a guy I will simply call “Ned.” When I did that, a couple of things jumped out at me:

In some ways, this was one of the easiest PIPs for a manager to dig into, because Ned had been a strong performer in the past and simply needed to get his head aligned with the needs of the company in the present. His biggest problem was that he had worked there long enough to become terribly jaded and negative, and the lazy managers he had recently worked for simply weren’t willing to get into that with him.

I was willing, of course, because the owner of the company had heard about Ned’s negativity and wanted me to get rid of him. He viewed the PIP, or Corrective Action, as the tool to do that.

Boy, was he wrong.

As Ned showed early improvement on the PIP, I was energized too, and I found myself working with him closer and offering more encouragement as he got into the process. His improving work made me want to do more to help him get even better, and we fed on each other as he quickly moved through the program.

The final result was that Ned improved tremendously, got his old mojo back, and turned into a strong performer again. He actually embraced where the company was going, and his work reflected that. All’s well that ends well, you would think.

The owner of the company was pissed beyond belief that we couldn’t fire Ned, and that I had helped make that happen. It lit the fuse that eventually led to the crazy owner firing me instead — and it all started with the positive outcome of a PIP.

As I reflect back on this years later, I’m proud that I helped a good employee save his job. He got his mojo back, and although I hated what happened to me, I’m now glad it helped me get away from a nutty boss who thought that a PIP or Corrective Action was just another way to tell someone “you’re fired.”

My friend Kris Dunn gets it, and he doubled-down on this in another blog post, making the case that changing the name of the program from Performance Improvement Plan to something like Corrective Action is important if we want employees to view the process as something other than just a quasi-legal way to push them out the door. Here’s his key point:

“If you’re going to do corrective action/progressive discipline the right way, you have to provide a path where they are off the plan. Most of us don’t do that. We’re just taking a ‘step.’

The bottom line is this – if you don’t have corrective action that shows the path to get off the plan, you’re signaling a lot of bad things. I understand those bad things are likely to happen in a lot of circumstances, but aren’t we better than that?”

Whatever we choose to call them, workplace programs that put employees on a path where they either improve or get fired are always going to be viewed as a ginned up process unless we go overboard to show that termination is NOT the desired outcome.

Calling them something other than “Corrective Action” would be one good way to start.