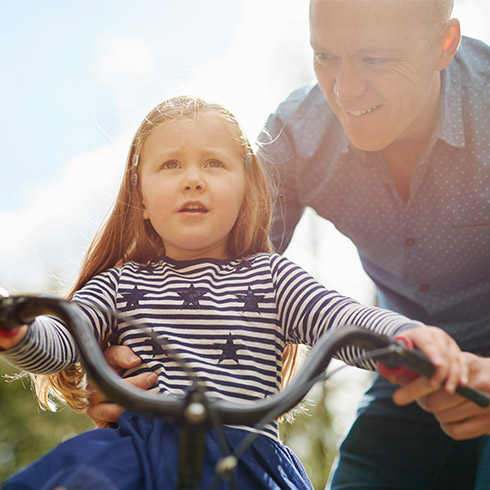 Sometimes I learn things from my personal life and can apply that learning to situations I encounter in my work life. Sometimes it’s the other way around. I’ve personally never been able to keep my home life separate from my work life. I’m a continuous learner on both fronts. And I’m just not wired that way.

One such lesson that I’ve been learning over and over again in my personal life, that applies to my work life, is the point of this post: letting go.

I have three kids, a 22-year-old, a 20-year-old and an 18-year-old. They are good kids and probably like most kids their age. They’re ambitious, bright, full of energy, and yes–they desperately want to be freed from the wrath of undue influence from their parents!

They are asserting their independence in a number of ways, wanting to make decisions and take paths that are all too familiar and therefore ill-advised by their parents. Poor choices, or at least the poorest of the choices, are available to them. And yet, they persist in wanting to make these choices in spite of persistent counsel from their parents otherwise.

Or, maybe it’s a familiar scene because you’re a manager of people.

When was the last time someone on your team suggested a path or solution that you knew, without a doubt from experience, wouldn’t work? What did you do? The options here range from “I directed them away from what they wanted to do because it would have been a disaster, in order to protect them” to “I let them proceed and then fully supported them when they failed by using it as an opportunity to learn.”

The latter end of that spectrum has been really hard for me. It’s hard for most leaders, I believe–and parents. Let them fail? Hardly, not my employee, not my team, and certainly not my kids.

Unfortunately, good leadership (and good parenting, I suggest) requires it.

At some point, you’ve just got to let go. Let them make mistakes and learn from those mistakes in the same raw way that you and I did. The reality is that when we don’t allow our employees (or kids) to make mistakes for themselves we actually limit them and constrain their potential. We limit their learning and growth.

“Failure is a teacher; a harsh one, but the best.” – Thomas Watson

And the hard truth is that most of the time it’s actually to save our own face, not theirs as we like to think. I’m a great leader, I’m a great parent, and my employees (and kids) reflect that. Look at how successful they are! If they fail, that reflects on me negatively so I do everything I can to avoid it.

It’s been really hard for me to look in the mirror in regards to this leadership lesson–as a parent and also as a leader of people.

But the truth hurts. And so does letting go.