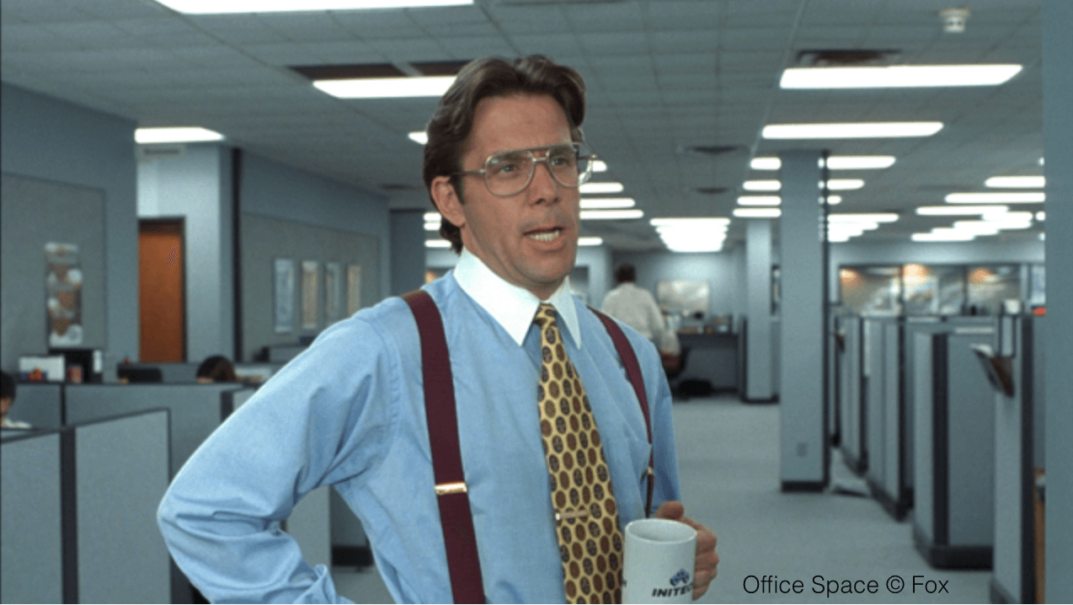 That’s why I was surprised when I saw this recent Wall Street Journal article touting “agile management” as the hot, new management trend.

My doubt was fueled by the third paragraph of the Journal story that openly admitted that there really isn’t a good definition of agile management:

“There’s no single definition of agile — it’s a set of principles aimed at freeing teams from departmental silos and other bureaucracy so they can work more efficiently. Among the more popular practices are breaking big projects down into a series of smaller tasks, meeting daily to report progress and eliminate obstacles, and completing tasks in time periods called sprints.”

I hate being skeptical, but anytime someone tells you that something is really big and and important but then can’t even define specifically what it is, well, that tends to make me believe it’s not all that big and important.

But there’s one more defining element to agile management that makes me scratch my head. It’s this: self-managed teams.

Here’s what the Wall Street Journal says about that:

“The (agile management) approach requires big changes in the way people work, however. That includes learning to work on self-governing teams and take criticism before a group without turning defensive, risking career damage for people who are shy or lacking in confidence.”

In other words, agile management is about getting rid of managers.

What about management by walking around?

I understand the thinking that we don’t need managers given the terrible state of America’s managers. That’s another story for another day, but bad (and usually overpaid) management is a longtime American tradition.

But as I have written here before, getting rid of managers is almost always a bad idea.

In my book, getting rid of managers is a cross between Lord of the Flies and a Monty Python skit. Somebody needs to be in charge, and in my experience, self-managing teams only lead to frustration for everyone.

Eliminating managers? It’s one step away from anarchy, and whether you call it “holacracy” or something else, there just aren’t many examples of companies that have made it work long-term.

This makes me wonder: Whatever happened to “management by walking around?”

The Wall Street Journal story on agile management takes a swipe at this time-tested management practice by quoting the president of Florida ad agency Starmark dissing it. Here’s how the newspaper put it:

“Some bosses have trouble turning the asylum over to the inmates. At Starmark, Ms. (President Jacqui) Hartnett says she’s learned to abandon an old habit she calls management by walking around, or dropping by employees’ desks at random times to chat. When teams are governing themselves, she says, employees don’t need the boss dropping by every half-hour to ask, “Are you done yet?”

I’m going to assume that Jacqui Hartnett’s clueless quote was taken out of context, because anyone who knows anything about “management by walking around” knows that it isn’t about managers wandering around bugging employees incessantly to ask if they have finished a task yet.

Management by walking around was first popularized by Tom Peters and Robert H. Waterman in their book In Search of Excellence: Lessons from America’s Best Run Companies. They found that the most successful companies had managers who spent much of their time out of their office interacting with their employees, and because of this, they were more plugged into things and had a better ability to solve problems.

Many notable executives, from William Hewlett and David Packard to Steve Jobs, embraced the notion of “management by walking around” too. And anyone who thinks that it is about wandering around asking workers if they’re done yet just doesn’t understand the process.

At its core, “management by walking around” is about managers getting out of their offices and being open and accessible to employees. When managers are involved and communicating, they not only build tighter connections with employees but they have a much more intimate and detailed understanding of the issues workers face every day.

I had never heard of “management by walking around” when I started my first job as a senior manager editing a small, statewide newspaper in Montana, but I quickly found that I needed to get out of my office and hear more of what was going on in the newsroom. So, I got out and sat on the news copy desk for big chunks of the day even when I was just working on the computer.

When I did this, a funny thing happened: I started to get pulled into all manner of newsroom conversations. People who might have never, ever poked their head into my office felt they could ask me a question or tell me a story when I sat out on the news desk , and by hearing their stories and the general daily chatter of the newsroom, I was better able to help solve problems and fix budding issues before they became big problems.

When I arrived in Montana, the newspaper had the worst ranked news product in the entire company, dead last among 80-some publications. The next year, we were honored as the company’s most improved newspaper.

This is all because I accidentally started practicing “management by walking around.”

A management fad that has served me well

My experience has shown me, time and time again, that self-directed teams rarely work, and when they do, it’s more of a fluke than solid proof that it’s a sensible business practice. That’s because someone needs to make decisions and be responsible for the outcome of the work product — and if no one is in charge, then no one is really responsible.

In contrast, I’ve used the principle of “management by walking around” ever since I stumbled upon it in that little newsroom in northern Montana, and it has always served me well.

Agile management may have some good uses, but like any tool, it’s not right for every situation. However, “management by walking around” can pretty much be applied anywhere, to any situation, and unless someone does it really badly, it’s pretty much guaranteed to make your employees happier and do better work.

It’s like what the late, great Peter Drucker, the “creator and inventor of modern management,” once said:

Fads come and go, but solid principles like “management by walking around” stick around because of one simple thing — they work.

That’s a management fad it’s not too late to get on board with.