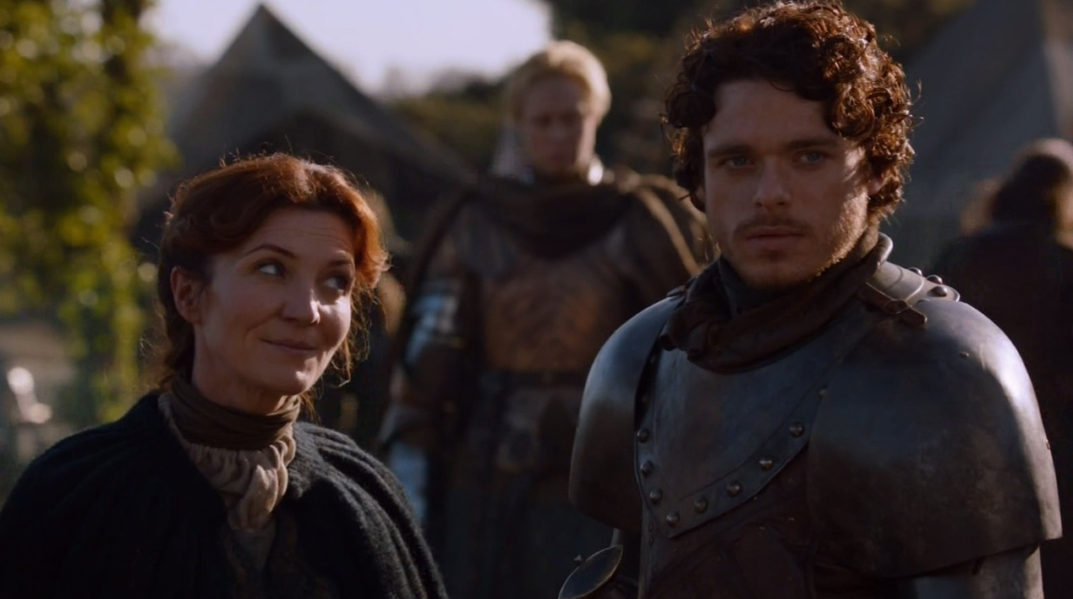 Like so many people, I loved Game of Thrones. And that’s why ANY big company layoff that’s referred to as a “Marketing Red Wedding” gets my full and undivided attention.

The fact that the company is Uber, and the “Red Wedding” description comes from Uber employees about a big layoff that took place there in late July, well, that’s just icing on the cake.

In case you never got into Game of Thrones (and yes, I know there are a couple of you), the “Red Wedding” was a massacre that took place during a wedding feast where the father of the bride had his army kill the family of the groom and slaughter most of their army. It’s based on some real events in Scottish history, including one referred to as “The Black Dinner.”

Any event known as “The Black Dinner” can’t be good, either.

But more to the point, a big layoff described as a “Red Wedding” style massacre is not something that any company, much less a struggling one like Uber, wants to see the media talking about.

As first reported by The New York Times, all of this was about Uber laying off about 400 members of its 1,200 person marketing team “as the ride-hailing company tries to cut costs and streamline its operations after its initial public offering in May.” A Quartz story said that “the layoffs equal about 2 percent of Uber’s global staff but a third of its marketing team … (and) the layoffs are the largest at Uber since it was founded in 2009.”

I thought laying off three or four people was rough; I can’t imagine having to handle hundreds the way Uber just did.

Layoffs are an unfortunate part of life in the workplace. I’ve never had to deal with one anywhere near the size of what’s happening at Uber, but I have had to lay off a small group of people a couple of times and they were some of the worst things I ever had to do in my management career.

Uber didn’t have any experience at doing this either. As the Quartz story points out, “Uber has rarely cut employees in its 10-year history. The company laid off about 100 self-driving car operators — the people who monitored its driverless cars during road tests — in July 2018. Uber made those cuts as part of an overhaul of its driverless program after one of its cars struck and killed a woman in Tempe, Arizona.”

Was the Uber layoff all that bad?

OK, Uber had to make a big layoff for the first time. That happens, but it begs the question: Was this one so bad that it was another “Red Wedding” type event?

As it turned out, not really.

That’s because a guy named Michael Houck, who now works as a product manager at Airbnb Plus but had previously been at Uber Eats, created a spreadsheet listing the Uber marketers who were now looking for a job. Houck knew a lot of the people who had been laid off, and as he told Advertising Age, he wanted to help their situation in any way he could.

Recruiters have responded in a big way, posting more than 500 job openings for them at companies including Airbnb, Adobe, Anheuser-Busch, Google, and Pinterest.

Literally hundreds of people have reached out, Houck told Ad Age. “I have more LinkedIn messages than I can respond to.,” he said. “I never expected it to blow up like this.”

“In fact, the list of open roles is now longer than the list of laid off ex-Uber employees. … Houck says that since the list was posted, people have asked to be removed because it had already helped them secure a new job, while others have told him it has helped schedule interviews.

“It’s a perfect scenario from both sides,” says Houck. “For recruiters, this is a list of high quality and high intent candidates. For the candidates, these are companies that are specifically interested in people with their backgrounds.”

All in all, a terrible week for Uber

All those laid off Uber marketers are being offered jobs and getting gobbled up by recruiters who never met a list of recently employed employees they didn’t like. In fact, you can make the case that the those who got laid off by Uber probably landed in jobs that were just as good if not better than those they had, can’t you?

Well yes, the laid-off Uber marketers seem to be thriving, but how about their former company? Unfortunately, It’s not faring nearly as well.

“The double whammy immediately renewed questions about the prospects for the company, the world’s biggest ride-hailing business. Uber has been dogged by concerns about sluggish sales and whether it can make money, worries that were compounded by a disappointing initial public offering in May.”

Well, it looks like there IS a “Red Wedding” going on at Uber, even if recruiters helped their laid-off markteres land on their feet.