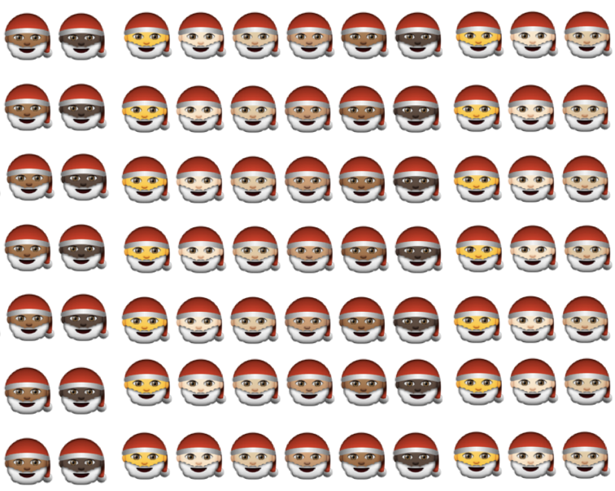 I was delivering EEOC training when the next slide was Protected Classes. I noticed some quizzical looks and furrowed brows in the audience so I gave a broad definition of Protected Class, and went on to define Title VII of the Civil Rights Act; only the most important federal statute banning discrimination in the workplace.  I went on to explain that Title VII creates protected classes of individuals, including classes based on age, religion, gender and national origin, race and additionally, Title VII also forbids discrimination based on “color.”

My race is Black and my color is dark brown, actually more like a dark mocha I’d say. While discrimination claims based on color are fewer, people have been denied employment opportunities based on – wait for it – the actual color of their skin. Not so shocking if you are a dark brown or mocha colored man or woman who works for a living. I cited a claim filed by a waitress who was told that she was “too Black” (literally) for a management position. Her manager hypothesized that dark-skinned employees were not as reliable – I am assuming no tangible metrics were provided.

While the Manager employed many Black people, there was overwhelming evidence to support that darker-skinned employees experienced a marked lack of progression and were not promoted into management or senior roles. The manager made employment decisions based on skin color not race. Under Title VII, discrimination based on color is prohibited. The sad truth, this was a recent claim. The audience went on to ask for me to define the difference between Sex and Gender, and Sexual Orientation and Gender Expression. The discussion brought to the surface the need to redefine the protected classes succinctly as follows:

Race – Federal civil rights laws do not define race. However, individuals may self-identify within certain ethnic and racial categories, including multiracial. All racial categories are protected under Title VII.

Color – refers to the pigmentation of one’s skin. An individual can make an allegation of color discrimination or color harassment against someone of the same race or color.

National Origins – refers to a person’s (or a person’s ancestors’) place of origin or to the physical, cultural, or linguistic characteristics of an ethnic group.

Sex and Gender – sex refers to the anatomy and biology that determines whether one is male, female, and/or intersex. Gender refers to the social constructs surrounding gender roles.

Gender Expression – refers to how a person represents or expresses one’s gender to others through external appearance, characteristics, or behaviors typically associated with a specific gender.

Sexual Orientation – refers to the physical or emotional attraction toward a certain sex or gender. Additionally, individuals are protected from discrimination or harassment based on a perception of an individual’s sexual orientation, even if that perception is mistaken.

Disability – refers to a physical or mental impairment that substantially limits one or more major life activities of an individual. The policy also protects individuals who are regarded as having a disability or who have a record of a disability.

Pregnancy – refers to individuals who are pregnant, just gave birth to a child, or suffer a medical condition as a result of pregnancy or childbirth are all protected.

Veteran Status -Refers to anyone who serves or who has served in any branch of the United States armed forces, including students in the Reserve Officer Training Corps (ROTC). Volunteers for military duty must be treated the same as those who are ordered to active duty.

Age – refers to discriminating against individuals because of their age. Students are protected from age discrimination in academic situations like admissions decisions and residence hall assignments, regardless of their age. An employee must be 40 years or older to fall within the protected category.

Religion/Creed – refers to religious, moral, or ethical beliefs that are sincerely held and includes all aspects of religious observance and practice.-

Political Philosophy – refers to a person’s belief or endorsement of any system of thought pertaining to public policy or the administration of governmental functions.

Political Affiliation – refers to a person’s membership or association with others in a commonality of political purpose and support.

These definitions helped my audience get over the initial shock that life is not intrinsically fair, and behind each protected class are real cases of individuals that were denied some essential opportunity because of who they were, where they were born, what they believed in, and yes, even the color of their skin.

Finally, the question was asked, “I wonder if Title VII has outlived its usefulness as society has become more progressive?” The word on the street is in 2017 the Department of Justice, under the Trump administration, reversed the Obama-era policy that used Title VII to protect transgender employees from discrimination. Outlived is usefulness, perhaps to some?

As the push to “Make America Great Again” continues, I encourage you to brush up on your Title VII and be sure to train your managers accordingly.  Make sure they are versed in this legislation and they are trained to spot the potential risk and EEO violations, unintended or otherwise.

My next post at FOT – find out what happens when a Wiccan employee files a complaint for discrimination and harassment for practicing “The Craft.”