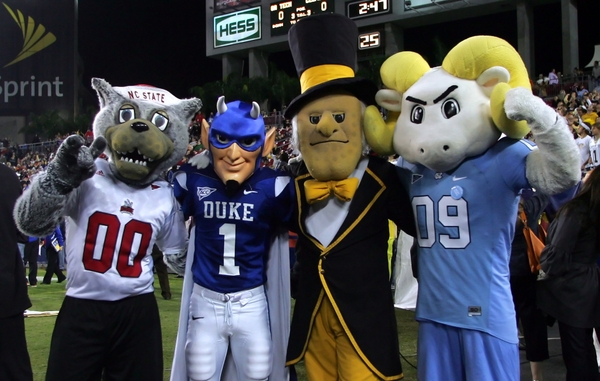 Was with an SVP of a pretty cool company a couple of months back and he lamented what he considers to be a broken recruiting strategy – hiring former jocks for sales positions.  He considered the approach broken due to the track record of the “usual suspects” his company hired for AE spots – former jocks – but outlined that the primary reason for the systematic failure of the AEs in question was their intellectual capacity to pull off a consultative-style sale.

In other words – they were dumb jocks. Stoopid, even.

He didn’t feel they had the intellectual capacity or agile mental capacity to do the consultative style sale – when they got stuck, they just pushed harder rather than adapting mentally to the game.

So it begs the question – does hiring former athletes work as a recruiting strategy? Or is hiring jocks a sucker’s play if you’re looking for any kind of depth beyond some backslapping and war stories about the “glory days”?

The first rule of hiring jocks is as follows:  If you live in a limited geographical area where sports affiliation runs high and the position you’re hiring for is focused on meeting the public and opening doors, the jock hire with ties/a career at the local Division I might make a lot of sense.

You call it sales.  I call it PR.  If I’m selling in Birmingham these days, having a former player for the Crimson Tide (University of Alabama) making calls and setting up appointments might make a lot of sense. They need to have the aptitude and desire to pick up the phone, but it’s a good start. And I’d need to get ready to support them in the sales process in a big way if that’s what I was going for.

After that, the rules get pretty dicey.  If you’re not hiring for name recognition (school or individual), hiring a jock only provides benefits if the following things are at play as a result of their development as an athlete:

1. Your interview shows they compete better than the average candidate due to the background as a jock.

2. They achieved academically and the fact that they did it while packing in a full-time job in a sport means they’re driven, organized and well – just pretty damn good.

3. They’re not wallflowers about being put in tough situations where outcomes are in question (related to the compete angle in #1).

That’s about it – if you can find a jock you like and the interview and background suggests these things are at play as +1’s and they stack up well against the non-jocks, I think it’s a good call to make the jock hire.

Here’s when you don’t hire the jock:

If they’re a Ken/Barbie and the job doesn’t call for a Ken/Barbie or the name recognition of the local university mentioned in the first rule.

Also, I’m a big believer of what I’ll call the average jock rule.  It goes a little something like this:

1.   If the jock in question wasn’t that good, but they had to work their #$$ off in order to compete and survive in the sport in question, they’re not a Ken/Barbie, and they have the three attributes I’ve outlined above that can make a jock hire special, you should hire them.

2.  Division 2 and Division 3 athletics are full of these types of kids – not elite, but grinders who love to play. And compete. And are capable of the consultative sale.

3.   Hiring jocks from non-mainstream sports who fit all the above criteria is another great route. Everyone knows about Division 1 football and hoops, but who cares about wrestling?  They still poured everything they had into it and had some success and achieved academically? Interesting hire.

I’m not telling you to hire the dumb jock. I’m telling you that hiring a smart/driven jock that you’d never go see play is an interesting way to go.  They had more going on than the average kid. Just like the kid who worked at Walgreens all the way through school or started their own business in the dorm.