I woke up Tuesday to yet another trending news story about a white woman calling the police on an innocent black man. This time, Amy Cooper, a white professional New York resident was violating the dog leash rules for a popular birding spot in Central Park, when an avid bird watcher, approached. Christian Cooper (no relation) asked Amy to leash her dog, and that is when the familiar scene unfolded.

In the video, the woman repeatedly threatens to call the police before finally doing so. But it was what she said in her threat that made this video feel so different from the many others we have seen before. “I’m going to tell them there’s an African American man threatening my life.” Those words landed on many of us like a heavyweight punch to the chest. Christian Cooper was not at all threatening her life, in fact, he repeatedly asks her to give him space. Yet as a viewer, you know just how impactful her accusation was, and so did she.

Even in the year of our lord 2020, I was/am astounded that a woman would make such a threat knowing exactly what could happen to a black man in the hands of the police. But that was why her threat was so effective. That is why, I suspect, she so quickly pulled it out of her arsenal. Amy Cooper was confident she would be believed, she would be comforted by the police who would assume her, not him, to be the victim. Her white womanhood absolved her of any blame or wrongdoing, even while she casually choked her dog while making the call. Amy knew that the most powerful tool at her disposal at that moment was her whiteness.

When these videos go viral, many of us are left thinking “what is wrong with these women?” We cheer and feel a sense of justice when inevitably those women get their comeuppance. We feel justified when they have to go on their apology tour. What is stark about these videos is not only how unfortunately formulaic they can be, but also how justified and righteous the women appear to be.

Of course, not all white women behave this way, not even most. But we must address the truth that white women are the perpetrators in these videos and that these are only the cases that happen to be recorded. When women like Amy Cooper are not calling the police at Central Park, they are wielding that powerful tool of whiteness, in other areas of their lives. Often that power is wielded where they feel most powerful, work.

So White HR Ladies, this brings me to you.

The HR profession is predominantly white and overwhelmingly female. Just to be clear, I do not mean just a little white and a little bit female, I mean, 71% of HR professionals are women, and over 66% white. The most baffling thing about the homogenous nature of our profession is that it is almost never discussed. It’s not a mainstage topic at HR conferences, it doesn’t grace the cover of HR magazines and I have yet to see #HRSoWhite trending on Twitter. It is both the known and not acknowledged truth of our profession.

We don’t discuss it, in fact, we actively avoid the conversation about HR’s demographics. The topic makes some of us uncomfortable and defensive, and other of us feel traumatized and potentially ostracized for flagging concern. I believe we avoid talking about the prevalence of white women in HR, because it means having to discuss the uncomfortable role white women play in maintaining a racist social structure.

The Guardians of the White Galaxy

White men and women have played very different yet critical roles in maintaining racism. White women are often depicted as powerless partners to racist husbands and fathers. These husbands and fathers use their white male privilege to enact rules, often violent ones, that are intended to control the behavior of brown and black folks. But those men are not alone in maintaining the system of racism. The women by their side helped to enforce those rules. Many white women believe, either consciously or not, that it is their role to ensure white spaces are protected. That it is black and brown people’s responsibility to comply with the rules (even if they are not laws), and when there is an infraction, that the proper authorities are notified.

The truth is, HR is filled with tens of thousands of women just like Amy Cooper, who are deciding which employees are deserving of a raise, which candidates “just don’t seem like a culture fit” and which employees “making them uncomfortable.” Certainly, HR does not make these decisions in isolation, but HR is critical in gatekeeping and rule enforcement.

White women’s dominance in Human Resources sets the tone, feel, and direction of not only the profession but the organizations it serves. However the sheer demographic domination does play a role in how HR is experienced in our organization, specifically with staff of color. And homogeny of the profession becomes very problematic and concerning when you factor in that some white women are using their racial privilege coupled with their positional power, to create harm.

The consequence however is not an uncomfortable viral video, but lost jobs, forgone promotions, and stalled careers. The HR version of #BBQBecky or #PermitPatty (the trending hashtag that follows these viral videos) is an over-reliance on policies over compassion. It is the threat of termination or demotion rather than calling the cops. For many, HR is just another example of white women upholding the rules white men have created for their organization, and policing the behavior of people of color.

We can be a better profession

HR’s role as the company police and watchdog feels like a foregone conclusion, but it certainly does not have to be that way. We do not have to be the police of our organizations. We can create policies and practices that center the needs of our most marginalized employees. We can be both a trusted resource for employees and a helpful and practical resource for the organization. The choice is not binary.

It also can be a gift to have a profession so filled with women. Centering the feminine traits in the design of work only helps to elevate values such as collaboration, connection, joy and communication. We should push into these values and amplify them at every opportunity. However, there is no benefit for a racially homogenous profession.

The way forward is multi-racial

We must make efforts to bring in students of color into the HR profession. We need to show this is a viable career option for all identities. We need to listen to black and brown HR professionals and look for ways to incorporate their wisdom into our collective practice. We need to prioritize diversifying HR. I don’t mean that in a lip-service way. You need to look around your HR teams and say to yourself, who are we missing, what are our blind spots, and start making changes with your next hire. We need all the amazing, compassionate, forward-thinking white women in HR, to hold themselves and their white sisters accountable.

We need black and brown voices to be speaking at major events about topics outside of just diversity. Every panel conversation, whether it is compensation, performance reviews or hiring must have space for black and brown voices. We need white women to share the stage with HR professionals of color.

And with this added wisdom, we need to deeply reexamine our role as rule enforcers, compliance advocates, policy pushers. We need to refocus on what really draws people to our profession, the people. HR is at it’s best when we are champions for employees.

We can be the profession that leads the future of work. 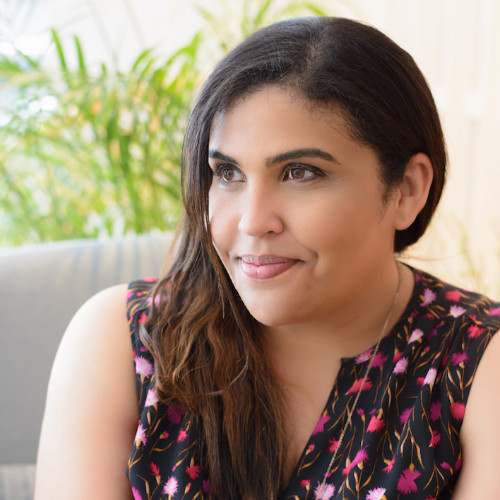 Katie Augsburger is a Founding Partner and Employee Experience Strategist for Future Work Design. She has been creating and implementing successful human resources programs for over 15 years. Her work has helped organizations win Oregon’s Best Company To Work, Fortune Magazine’s Most Flexible Workplace, and Fortune Magazine’s Top Consulting Firms among others. Katie has an M.Ed in Curriculum and Instruction as well as a B.S in Sociology. She is certified as a Senior Professional in Human Resources (SPHR), SHRM Senior Certified Professional (SHRM-SCP) and Certified Compensation Professional (CCP).