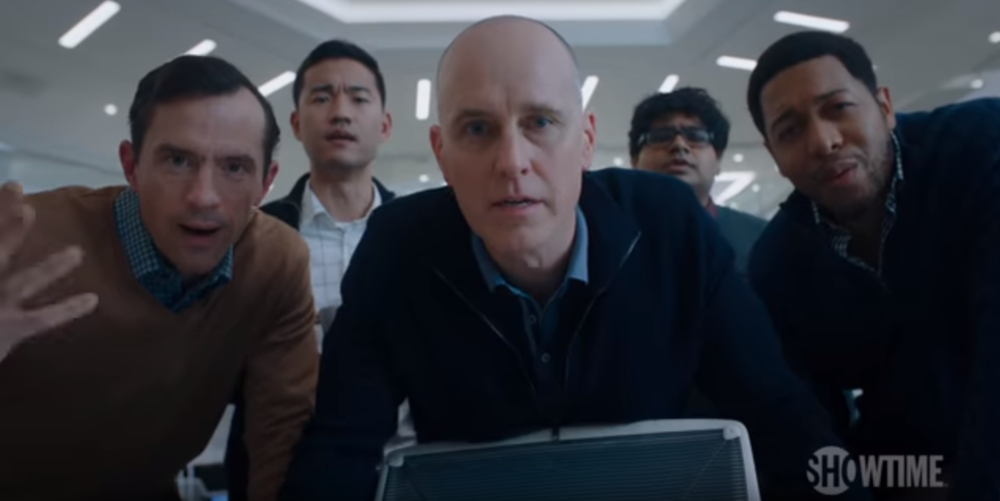 “I am not uncertain.”

The phrase is a workplace culture feature from the Showtime series Billions. I’m rewatching the series with Mrs. Dunn, and it might be better the second time around.

“I am not uncertain” is what employees of the hedge fund Axe Capital featured in Billions say to their boss, Bobby Axelrod (Damian Lewis), when they’ve got potentially incriminating inside information they are about to trade on and Axelrod asks them if they are sure: the goods on a scandal about to topple a car company, or a tip that the Nigerian currency is weak.

Framing this assertion in the negative insulates whoever’s saying it from liability from prosecution, which seems unimaginable, from a legal point of view. But that’s the point that Billions has hammered from day one: The rules that govern the world of big money are strange and easily sidestepped, provided you know the script.

Does your company have catchphrases that allow your employees to communicate directly, yet sidestep accountability from forces inside and/or outside your company?

Of course it does.

In the South, there’s a cultural catchphrase inside companies and outside in the general community:

“Bless his heart“, defined as the following by Urban Dictionary:  “This is a term used by the people of the southern United States particularly near the Gulf of Mexico to express to someone that they are an idiot without saying such harsh words.”

When used in the workplace, “bless his heart” isn’t generally spoken directly to the subject.  It’s used when people are discussing the ramifications to the subject related to a certain course of action:

“What about Tom?” (asked because a budget request your team is making for the next year is going to be in direct competition for resources with Tom’s department)

“Tom’s still holding onto the opinion that he’ll get funding for his department.” (Both parties know what Tom doesn’t – everyone feels that Tom’s initiative is dead on arrival at this point)

“Bless his heart. Move forward and put our budget proposal in.” (Code for this – The boss who speaks this doesn’t even think she has to talk to Tom about it because he is so out of touch.  Speaking the words “bless his heart” gives permission to the direct report to move forward, to not worry about Tom and also sends the subtle message that the boss thinks Tom is out of touch at best, an idiot at worst.)

Phrases that are seemingly small mean big things in your company.

Discussing probability?  “I am not uncertain” means a lot while saying little – it might also protect you from overcommitting.   Discussing someone you consider a poor sap in the New South?  “Bless his heart” gives you permission to be brutal while saying a little prayer for the target of your action.

Words matter.  What’s the catchphrase that means the most while saying the least at your company?